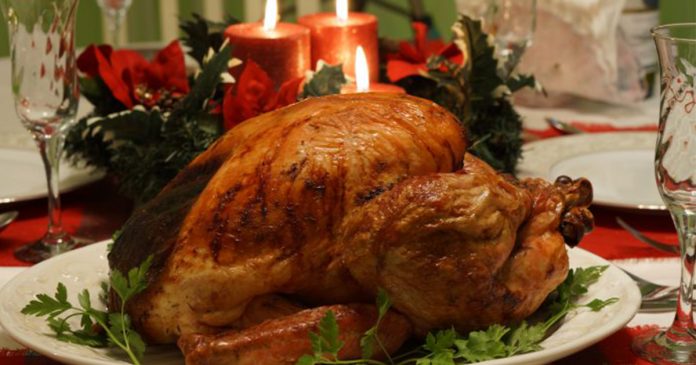 Wanda Dench became a bit of an online sensation last year when she accidentally invited a teen for a Thanksgiving dinner.

Even after she had learned she was texting the wrong person, she followed through on the invitation, warming the hearts of millions after the story was picked up by media, social and otherwise

The teen, Jamal Hinton, 17, indeed came for the dinner and the two formed a bond through the experience.

So much so, that this year Dench extended the invitation again and Hinton accepted, this time also bringing his girlfriend Mikaela Grubbs

“It was really nice having everybody here,” Dench told The Arizona Republicon Saturday, Nov. 25. “We got to laugh about last year and reminisce about how it all blew up on our phone and how I had to change my number. We had a laugh and a good time.”

The two have kept in contact, talking about once a week. They talk about Dench’s family and about Hinton’s plans for the future. He wants to got to a law school and become a sports agent.

“For him to continue with the relationship, I’m just really pleasantly surprised,” Dench said.

“We’re more of extended family and, best of all, friends.”

It all started with a text message Dench sent to her grandsons before Thanksgiving 2016. One of the grandsons changed his number and failed to inform his grandmother. And so the message landed in Hinton’s inbox.

He asked who was texting him and when Dench replied she was his “grandma” Hinton asked for her picture. She did.

“You not my grandma,” he replied, sending a picture of himself. “Can I still get a plate tho?”

“Of course you can,” she replied. “That’s what grandma’s do…feed every one.”

The texting conversation was posted on Twitter, where it turned viral with over 400,000 “likes” and over 200,000 retweets.

“The world is becoming a better place than it used to be,” Hinton said on Saturday. “I’m loving it. I love that you don’t have to know someone or know their background to be nice to them.”

And the cherry on the cake? He didn’t forget to bring a pumpkin pie this year.

We work hard to deliver the most important and interesting news every day for you, but would like to ask a little favor in return: Would you please share this story with your friends? You can just click the share buttonbelow. Thank you!

Brother came to see him, crying for hours because dealers wouldn’t...