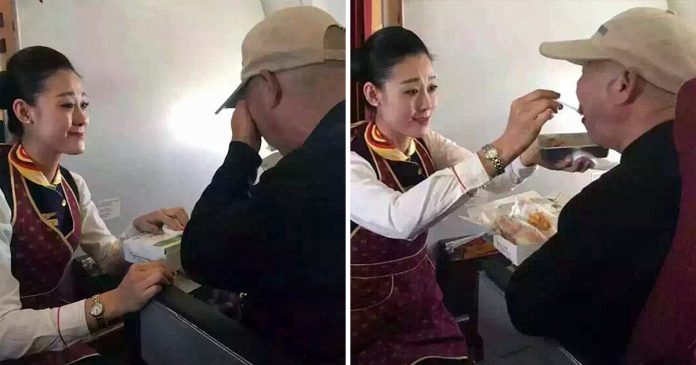 The sweet gesture carried out by a flight attendant towards a disabled elderly man, touched the hearts of Hainan Airlines passengers.

On December 2015, the flight attendant known as Fan Xuesong knelled down to hand-feed a 71-year-old physically challenged man named Niu, which then brought him to tears. 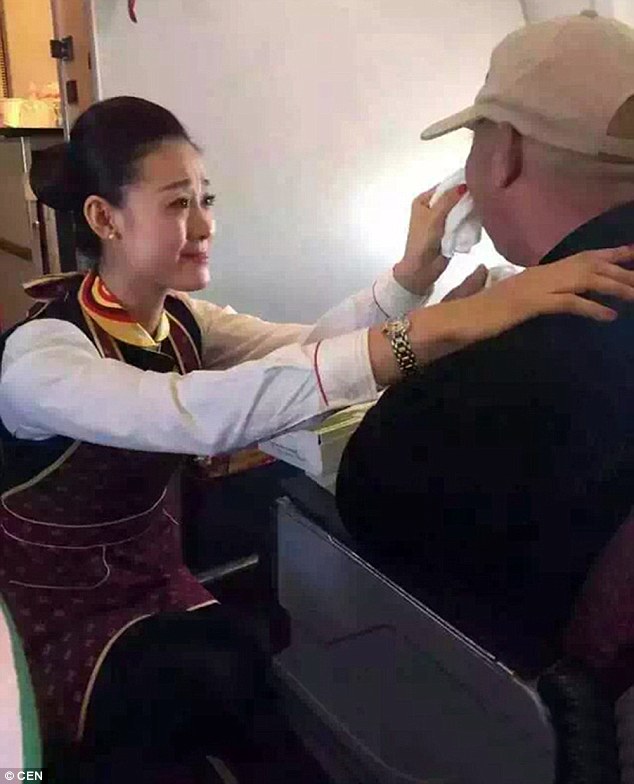 Niu, a retired professor is wheelchair-bound and partially paralyzed because of his recent stroke. Thus, he had difficulties gripping a spoon to eat.

He was travelling with his wife who is his main caretaker. Fan said she had him transferred to the front seat where he had more room and would be able to go to the bathroom easily. Sadly, Niu’s wife was not given a priority seat which meant the couple were sitting apart.

Fan later noticed his struggles and offered to feed him. She also gave Niu a box of noodles instead of rice because he had trouble chewing rice. 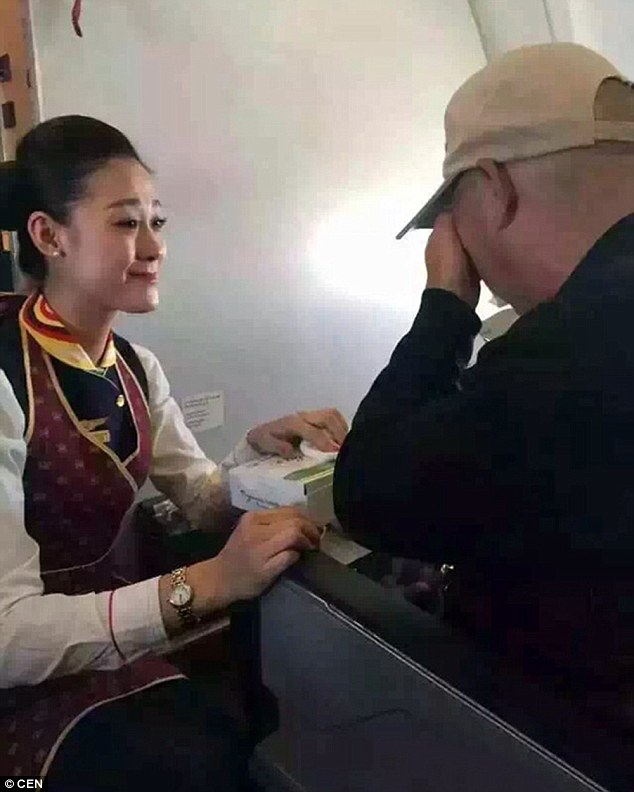 Overwhelmed by her actions, he couldn’t hold back his tears which made him sob immediately.

A passenger watching the moving display of kindness took a photo and uploaded it to social media.

The kind-hearted stewardess patiently assisted him as he struggled to chew, which caused him to cry even more.

Fan commented by saying – “Mr.Niu worked hard his whole life and contributed to the society, we should be kind to him.” 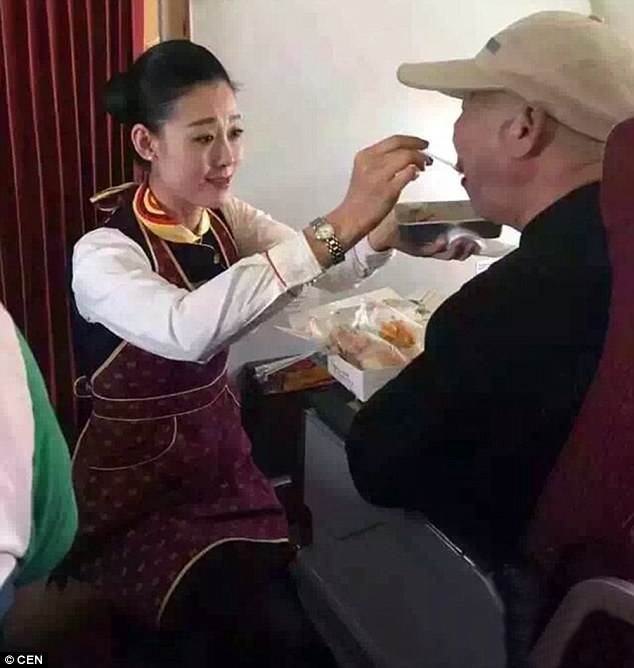 “Someone tried to take her picture and she asked them not to. I couldn’t help but cry as she helped me eat, blew my nose and wiped away my tears.”

“I do not know the girl’s name but given the chance i would thank her again,” said Niu.

Carry out a random act of kindness, with no expectation of reward because one day someone might do the same for you.