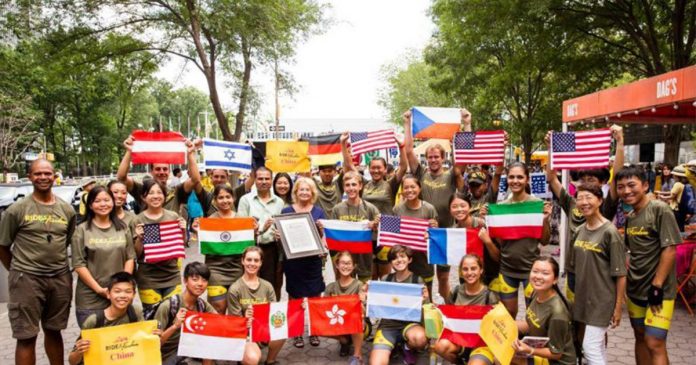 Millions of children in China have been left as orphans or had family members persecuted due to the illegal crackdown on freedom of belief in the communist-run country.

People who practice Falun Gong, an ancient spiritual practice which teaches one to improve oneself and help others, are denied their basic human rights and have endured brutal suppression since 1999. Families have been broken apart; parents have been held indefinitely, without rule of law, for refusing to give up their beliefs. Many have been tortured some to the point of death; many are killed in state-run hospitals to fuel China’s massive organ transplantation industry.

While these unspeakable crimes continue, children—many of whom escaped from this horror—decided to do something about it 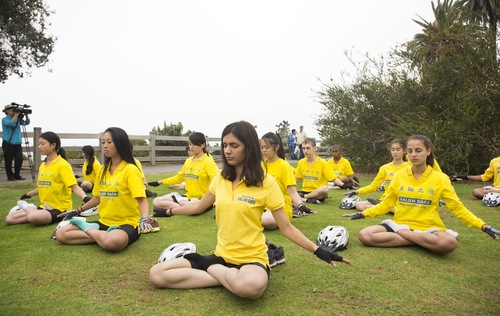 Ride 2 Freedom started in 2014 to raise awareness about the situation in China and to help rescue orphans who have lost their families in the persecution. 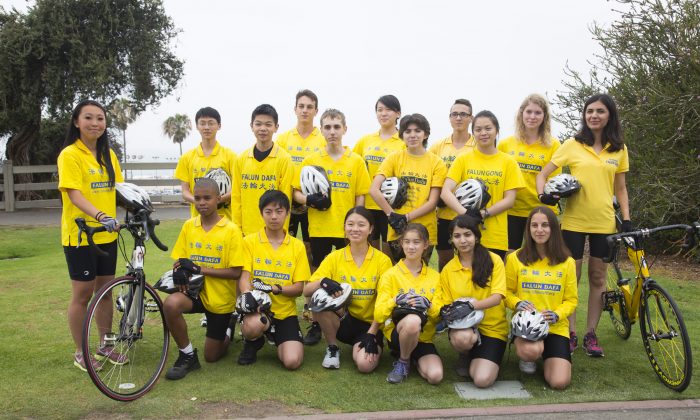 The riders had no professional biking experience, but through their determination they crossed deserts and mountains. Ride 2 Freedom’s ultimate mission is to save Falun Gong orphans in China and bring them to a free country: kids saving kids.

As they traveled across the country, the youth touched the lives of many and received a lot of heartwarming support from citizens and government officials.

Thank you so much @ridecannondale for supporting our bikeride and donating bike supplies to us! #ride2freedom #thankyou #cannondale #bike #cycling #selfie #campaign #3000miles #save5orphans

Our whole R2F team would like to thank the policemen who helped escort us on the Nevada Highway. Now we are headed off to Utah! #r2f #ride2freedom #highway #summer #biking #trip #hot #nice #sky

Congressman Alan Lowenthal (D-Calif.) issued a statement in support of Ride 2 Freedom: “I want to express my support for the young riders of Ride 2 Freedom and their entire support team. Your concern for those who are fighting for human rights and religious freedom in China is commendable, and your concern has turned into action. I wish you success on your mission to fight for truth, justice and basic human rights for the young people in China, who have become orphans due to the persecution against Falun Gong practitioners in the country.”

Members of Ride 2 Freedom gathered for a candlelight vigil in New York on April 25, 2016.

Members of Ride 2 Freedom talk about their journey across America in this video: