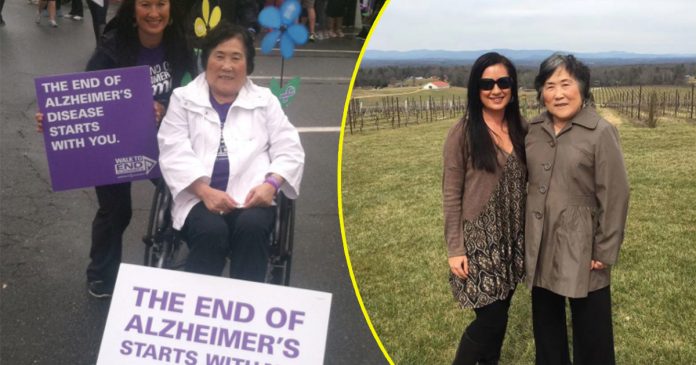 Like any other mother-to-be, Christine Stone was excited to share her good news with her family, especially her beloved mother, Setsuko Harmon. Ever since she knew that she was pregnant, she had been sharing the news with her mother for at least a hundred times.

This was not because she was too excited although this is her first time being pregnant.

It was because Setsuko has Alzheimer’s disease, a brain disorder which causes the affected individual to have memory loss and cognitive decline 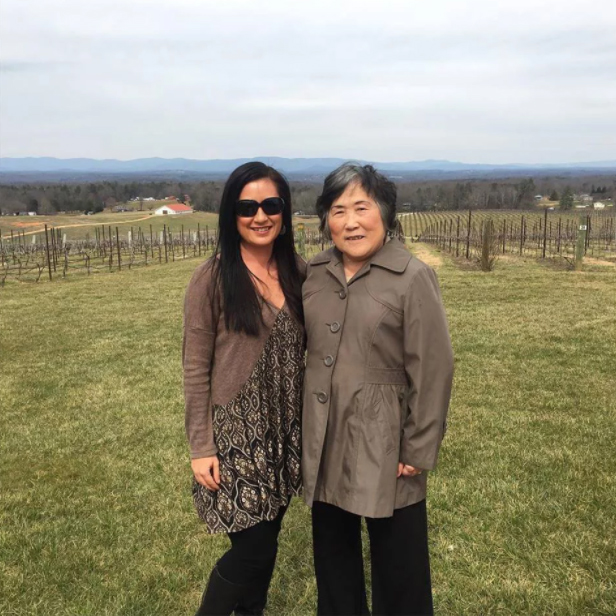 Setsuko was diagnosed with Alzheimer’s disease eight years ago. Thus, she has problem to remember things although she has just heard or seen something.

“I can tell her and two to five minutes later she won’t remember,” said Christine.

“It’s like watching a kid at Christmas wake up and see his presents over and over again, because each time she gets so excited” 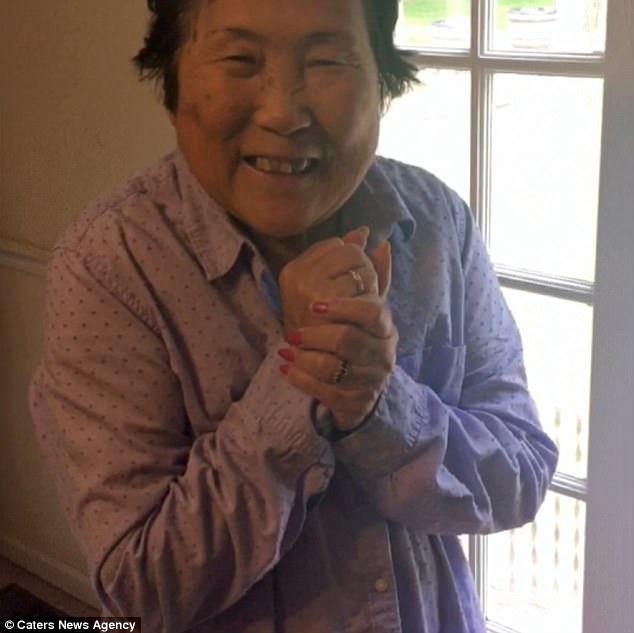 Christine used this chance to film every moment she told her mother about her pregnancy as if it was her first time breaking the news to her 77-year-old mother. 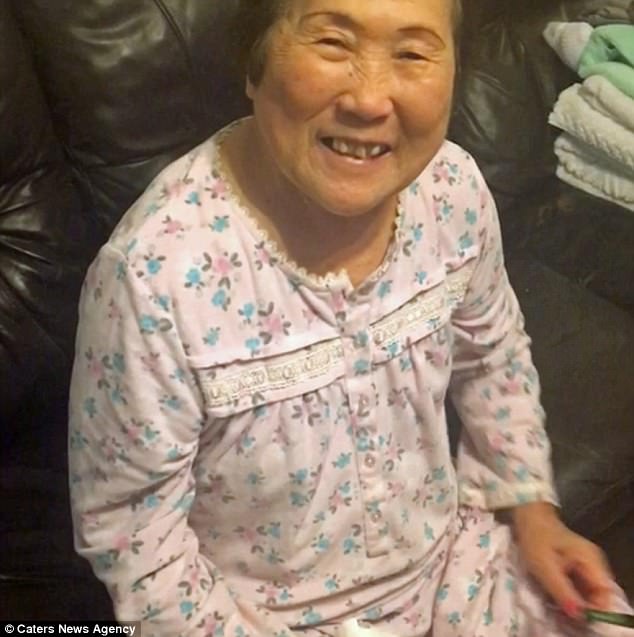 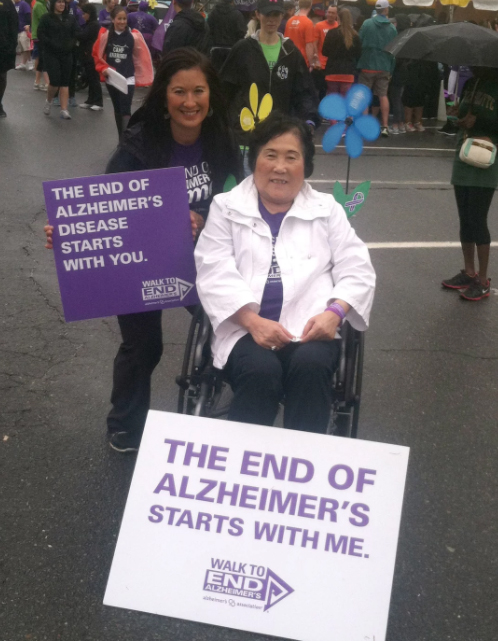 “Yes, it’s sweet seeing my mom get so excited over and over again, but it’s so sad at the same time.” said Christine.

“She remembers long-term things, but her short-term is really affected,” she explains. “But when I give her the pregnancy news she claps and smiles each time and asks which month the baby is due.”

It is bittersweet for both her and her family to see Setsuko’s progress over the years.

Nevertheless, she was grateful that her mother still recognises her and her family members 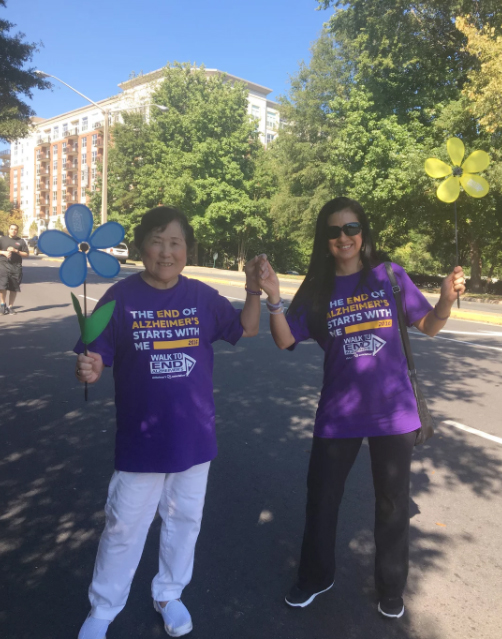 In spite of her failing memory, Setsuko is lucky to have supportive family members around her. Her husband, Bob, became her full time caretaker.

Bob has been an amazing and understanding husband to Setsuko. It was hard for him when Setsuko started to take things out from the fridge and leave them to spoil in cabinet due to her disease but he understood that Setsuko did not do that for fun.

Christine (left) with her mother, Setsuko, and her father, Bob 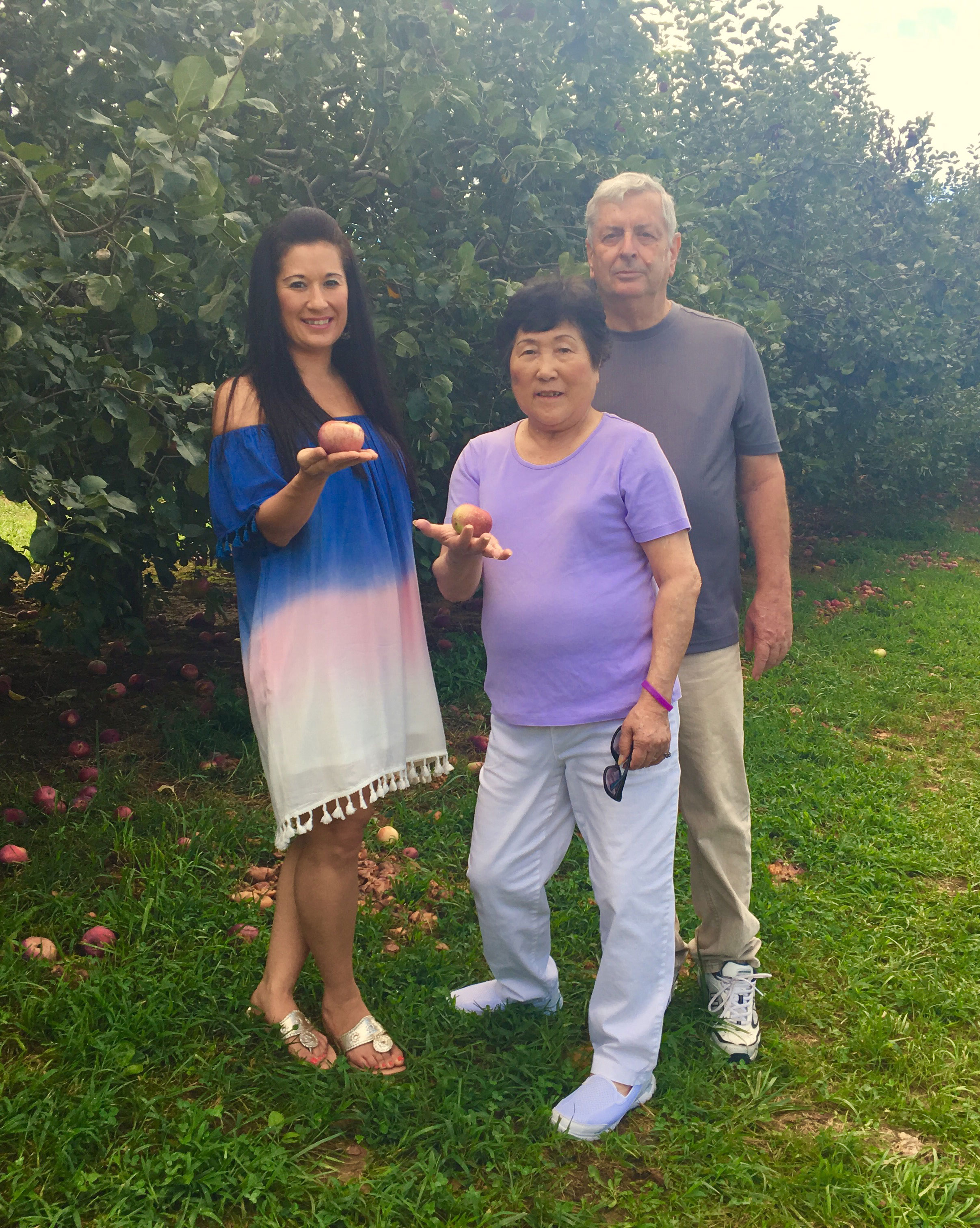 On top of having Alzheimer’s disease, Setsuko also suffered from colon cancer since three years ago. The cancer already reached stage 4.

However, her mother’s positive attitude might have been helping her tremendously in her recovery. Setsuko was declared ‘cancer free’ just recently.

Christine also added that she was overjoyed to see her mother’s first meeting with her baby.

“I expect her not to remember her, but I know when my mom meets my daughter she’s going to get excited every single time,” she said 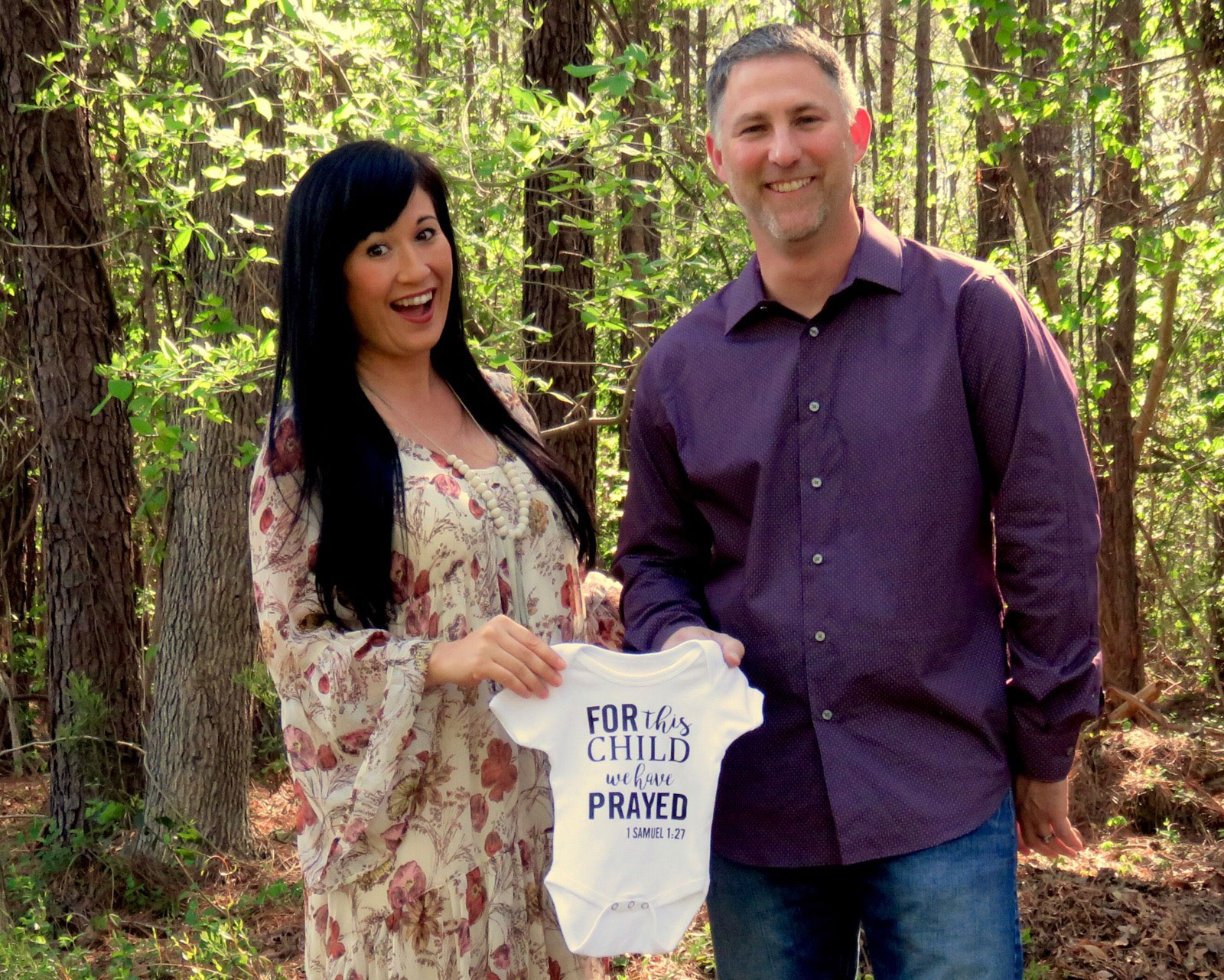 She has now learned to accept Setsuko’s Alzheimer’s disease and just wanted her to be happy with her life. Even though Setsuko cannot remember well, Christine knows that her mother will always love her.

Watch every moment of Christine telling her mother about her pregnancy here.

Here are 8 types of food that are high in calcium,...