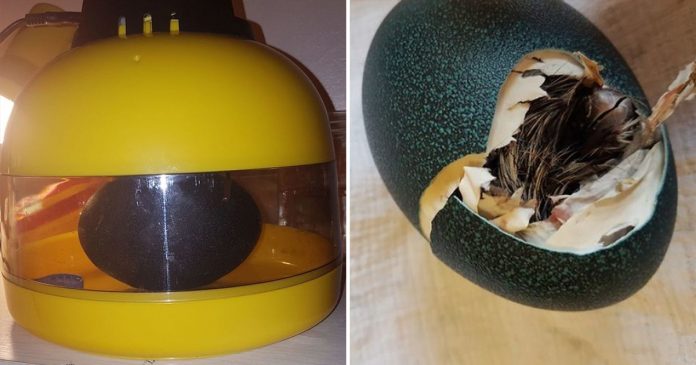 When Charlotte Harrison came across a giant exotic green egg on eBay last November, she never though that her new pet would come out from the egg 47 days later. 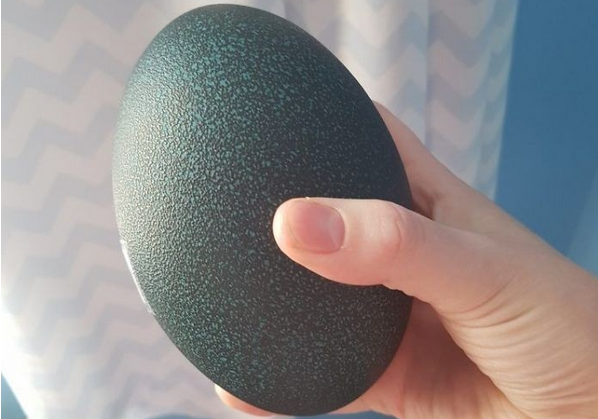 As soon as she received the egg through a post delivery, she quickly put the egg into a home incubating system and kept it inside the system for over a month 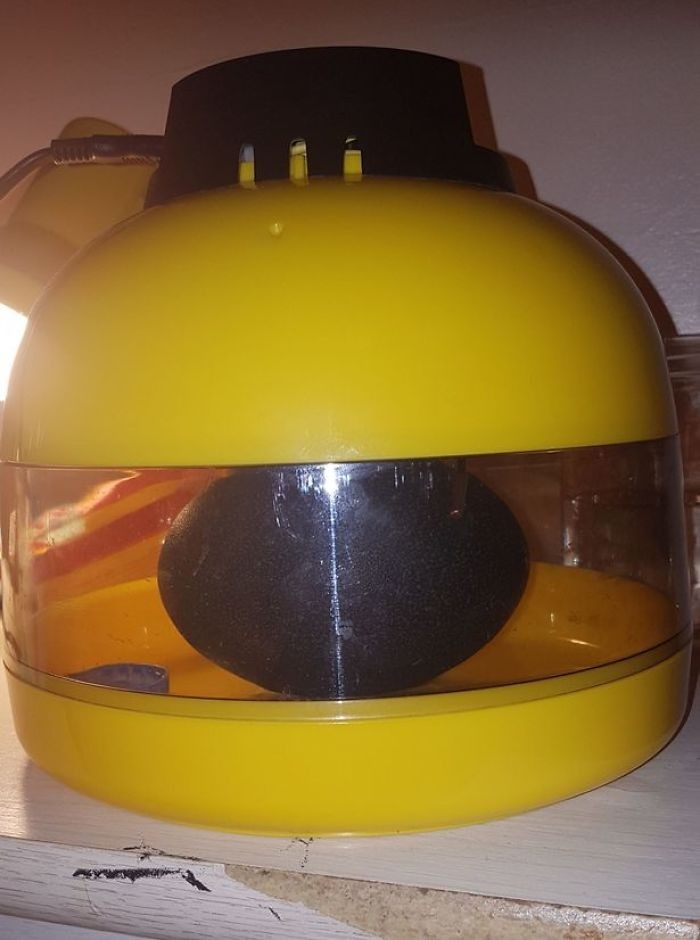 Finally, on January 5, the egg hatched and Kevin came out. It turned out that the exotic egg she bought was an emu egg! 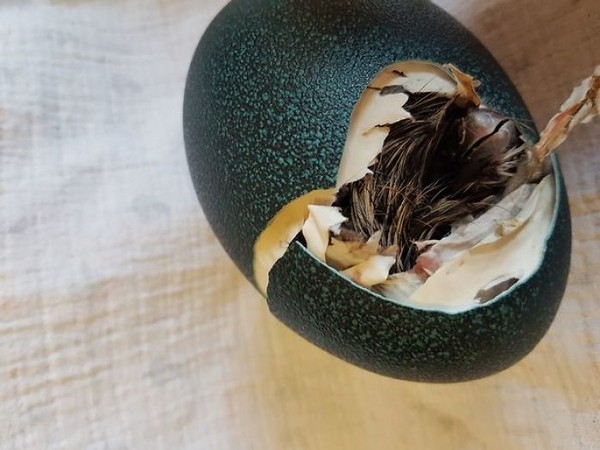 “I sat there for four hours making squeaks and whistles to coax him out,” Charlotte said.

The adorable baby emu quickly forms a bond with Charlotte as soon its egg hatched.

“I felt a huge surge of protection and care when Kevin hatched,” Charlotte said 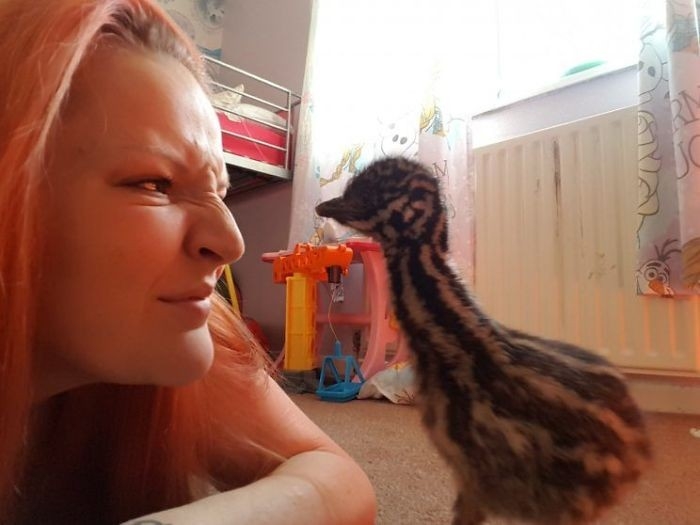 Charlotte may enjoy bonding with the cute, tiny baby emu for now.

Months later, Kevin will no longer be a baby and could grow up to 2 metres and weigh up to 45 kg 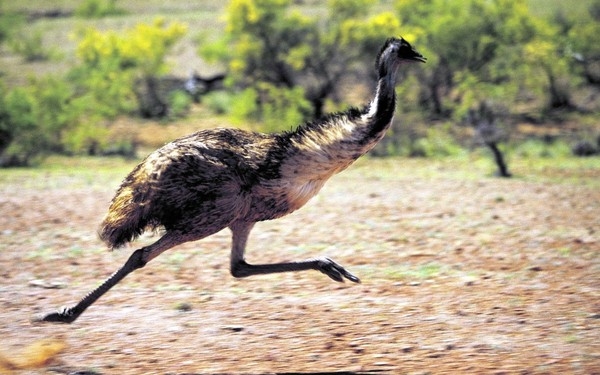 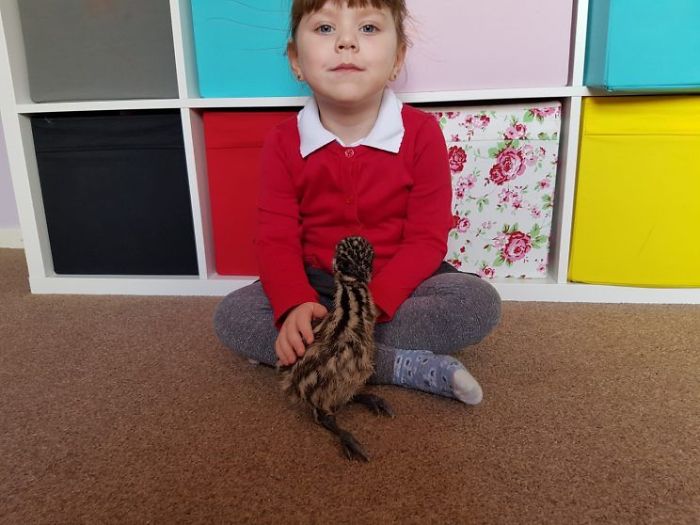 Charlotte further said, “I’m sharing the adventures of Kevin with the world. I feel so maternal towards him and want to show him off, he’s adorable” 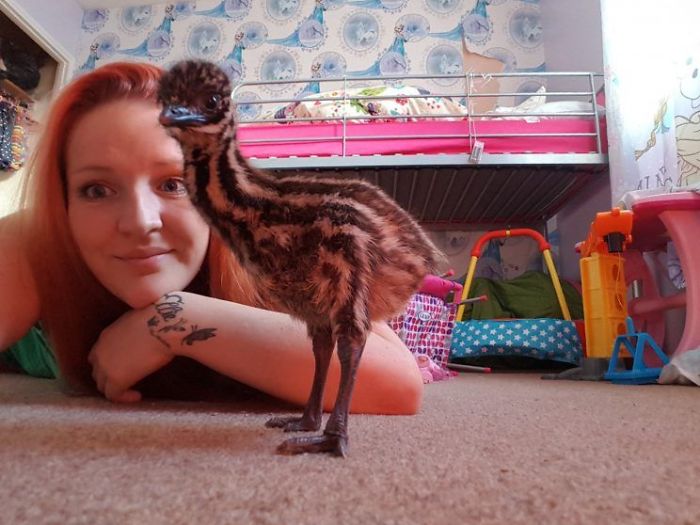 Looks like Charlotte may have already prepared a large backyard for Kevin to play around as it gets older and bigger.

However, if you are thinking of buying an emu egg and raise it as your pet, you must bear in mind to ensure that all their necessities are met as they can get aggressive to humans and would not fit in a typical home.

Otherwise, it is better for you to adopt a pet that is more suitable for a domestic environment like cats and dogs.