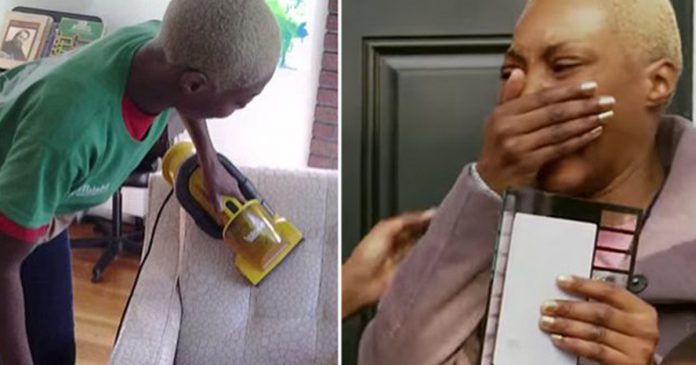 Despite this housekeeper being assigned a “very important client,” it was just another day of work. It soon became apparent, however, that this was not just another day. Upon stepping inside to start cleaning the house, the client told her that the house had already been cleaned—it looked immaculate in fact. So, the client sat her down to taste-test a $500 lobster instead, and then some six more gourmet courses after that … something was going on! 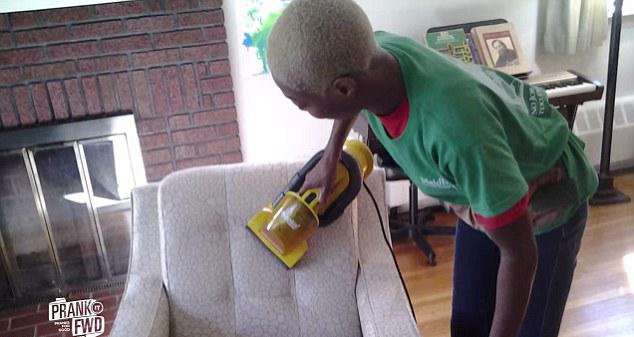 When Cara Simmons, a single mom of three children from Cleveland, Ohio, arrived at her client’s house, the client, Madeline Blue, who received her had already cleaned the house 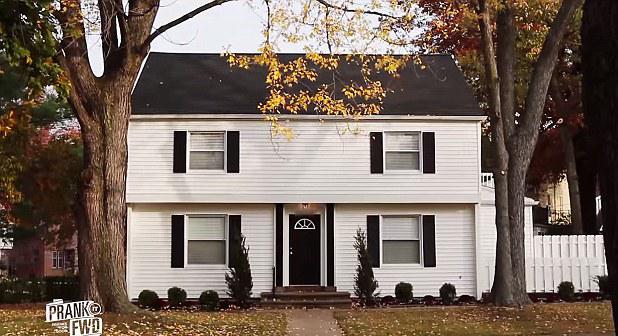 But, she expressed how glad she was that Simmons was there, because she was preparing a “huge party” for her boss that night, and there was still a ton to do.

The client then introduced Simmons to executive chef Manny Slomovits in the kitchen, and asked Simmons to help taste-test a gourmet meal. 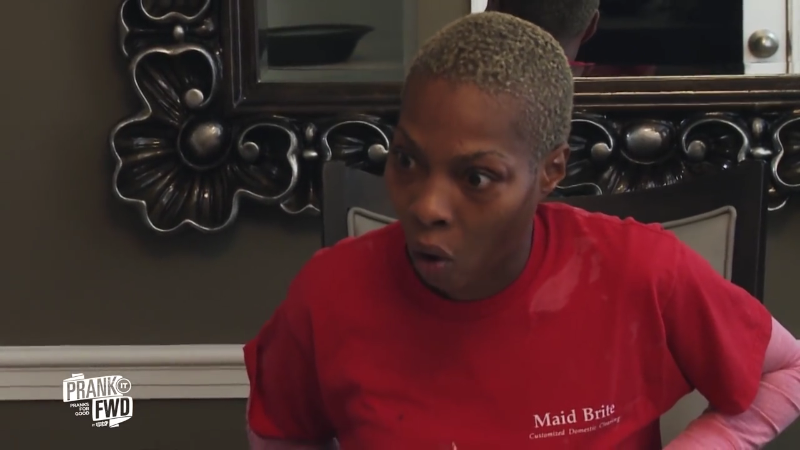 Simmons kids all like to eat spaghetti, so she does too.

But, little did Simmons realize that this was going to be a big step up from spaghetti.

So, starting her off with a $500 lobster, Simmons is encouraged to tuck in 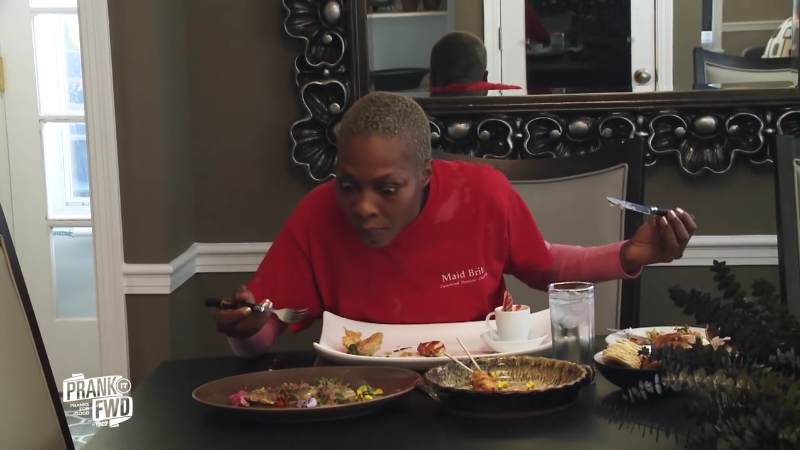 Her expression says it all; she couldn’t believe how good it was. “I wish somebody else could experience this with me,” says Simmons. “They’re not going to believe me.”

Simmons’s expression at this stage is just like, “…what on Earth?” 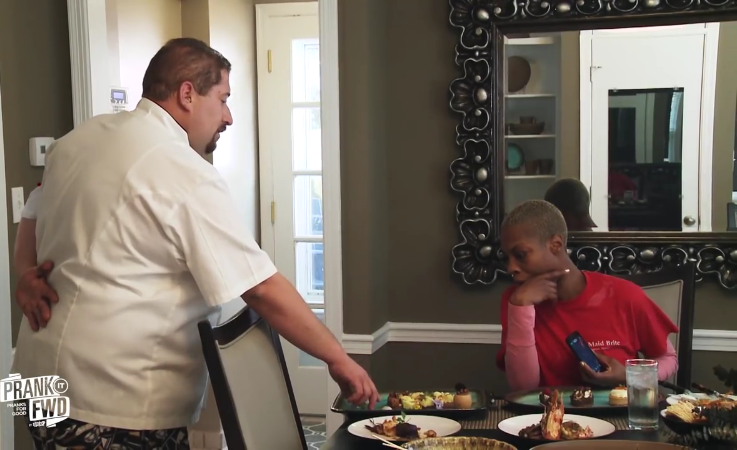 “This next one is going to knock your socks off,” declares Slomovits, who starts detailing the dishes of course two. “Butternut squash ravioli, lobster lollipops. This is edible gold [vinaigrette]. This is a white truffle. This is about $4,000 by the pound.”

One can imagine, Simmons was kind of speechless by now.

“How’s everything going?” asks the client, just checking in.

“Are we all set for tonight you think?” 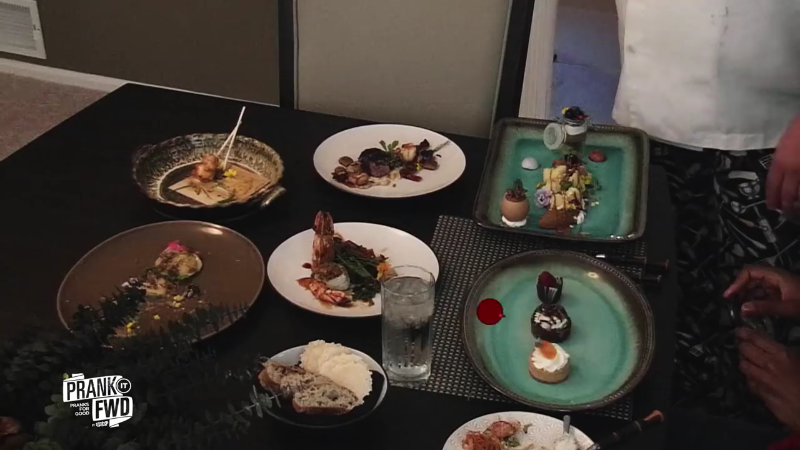 And, as though that wasn’t unexpected enough, the doorbell rings. Simmons jumps up to answer it.

Two masseurs step in, and one says, “It’d be awesome if we could warm up our hands. Otherwise, we’d catch cramps … and that’s bad.”

“Please tell me you don’t mind being massaged by these two gentlemen,” asks the client.

“I think it’s my birthday,” jokes Simmons, before receiving a four-hand massage 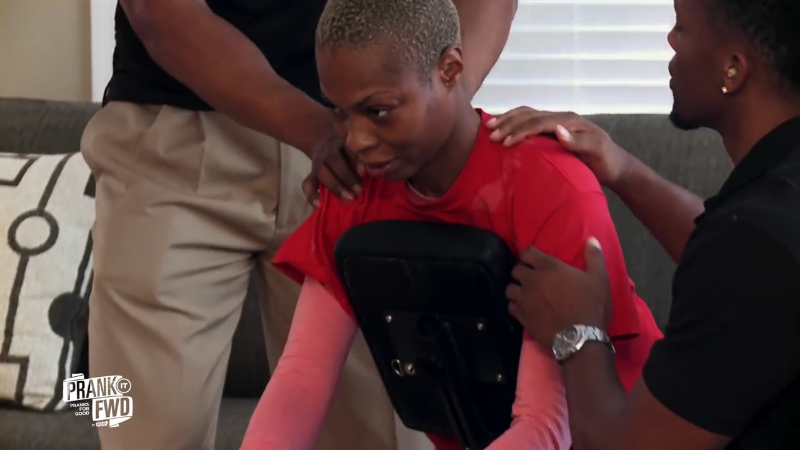 “Have you ever had four hands on you like this before,” asks one of the masseurs.

“No,” laughs Simmons. “Except for my kids all piling on me.”

But, the show must go on, and more surprises come, causing more delightful confusion 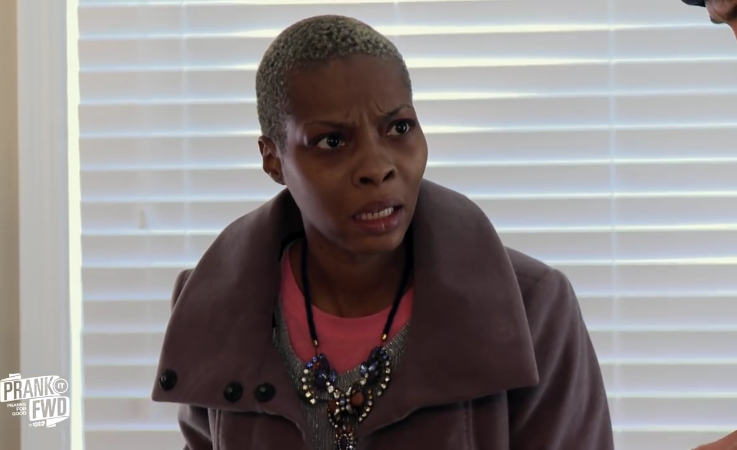 Taking the cake of surprises, however, is when a removal man comes and asks Simmons where to place the boxes he was delivering. Simmons is asked to help unpack the boxes, but sees what’s inside.

“This is my stuff,” she exclaims.

“It says here that these items are for the woman who lives here in this house … Ms. Simmons,” states the “removal man” 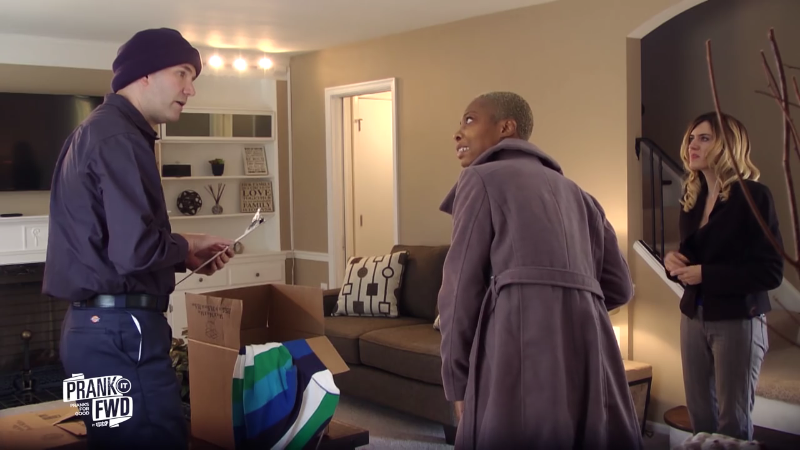 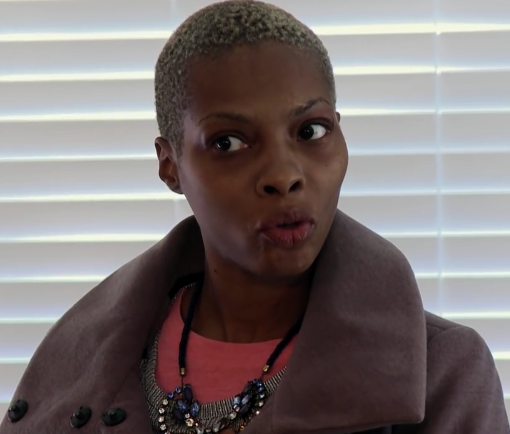 “Oh, so this must be your house,” the removal man responds.

When the removal man asks Simmons to come out and see his truck, just to “clear things up a bit,” her three kids jump out screaming “surprise!” 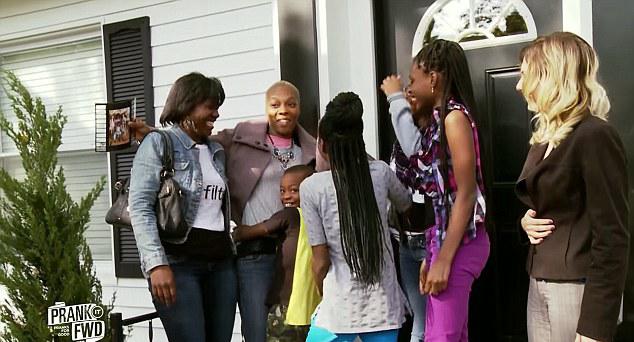 The removal man removes his beanie and reveals himself as “Prank it Forward” host and actor, Greg Benson.

“We do good things for people who deserve some goodness,” he says. 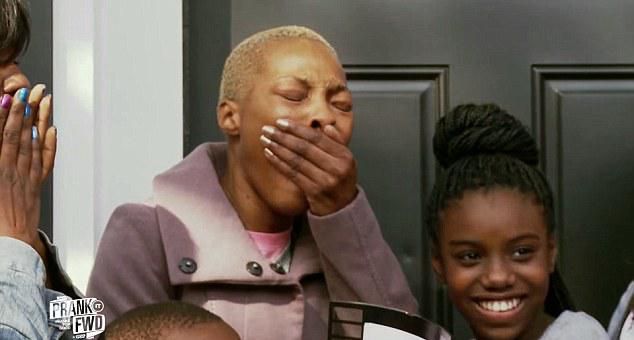 “But what they don’t know, and what your family doesn’t know, is that this is actually your house now,” states Benson. 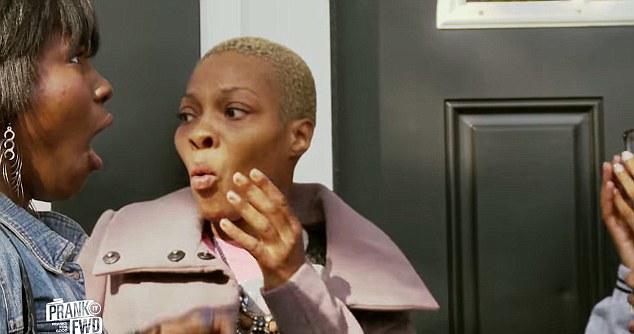 Simmons and her family can’t believe their good fortune. Simmons, who’s covering her mouth in astonishment, and seemingly on the verge of tears, is overwhelmed by emotion.

Later, it was revealed that the “very important client,” the executive chef, and masseurs were all arranged by Break.com’s Prank It Forward

And to top it all off, there was just one last surprise, because apparently, Simmons had always wanted to travel.

Benson discloses the final surprise: an all-expenses-paid trip for Simmons and her sister to Riviera Maya, Mexico, to see the pyramids.

“Oh! I’m about to start crying!” exclaims Simmons before everyone around her, who’re clapping 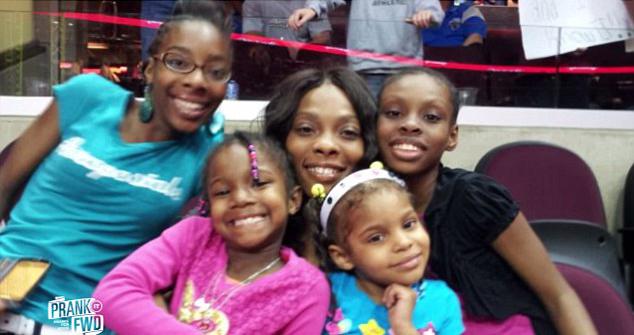 Simmons’s boss and sister had called “Prank It Forward” to recommend her for the nomination.

Her boss, Mary Jo, agreed, saying, “She gives her all, to her work and her family.”

Check out the incredible unraveling of surprises in the full 8+ min episode below:

Personality Test: Your true character can be defined by the way...