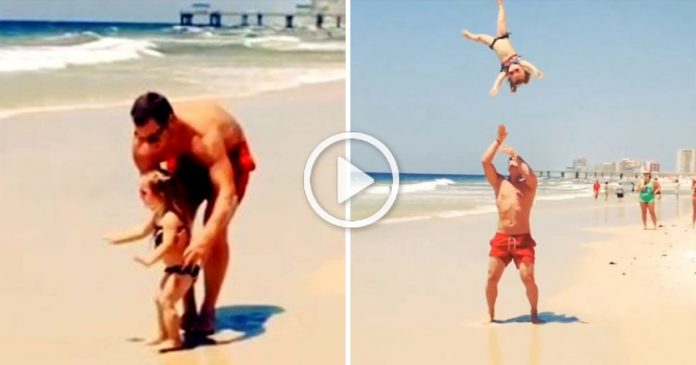 A father and his two-year-old daughter became the center of attention after performing a crazy stunt at the beach. Andrew Decker and daughter Emerson performed several cheer routines such as throwing his daughter into mid air and catching her.

An extraordinary performance at the beach.

Decker said he’s been coaching cheerleading since age seven. When his daughter was just three months old, he started practicing standing her up in his hand.

Their routine started to go viral after Decker’s cousin, supermodel Brooklyn Decker, tweeted one of the Instagram videos.

“What a stud! My cousin andrewdecker3 and his little gal little_flyer_1 (who’s 2 by the way)” she wrote.

Emerson is such a brave girl to perform such scary stunts 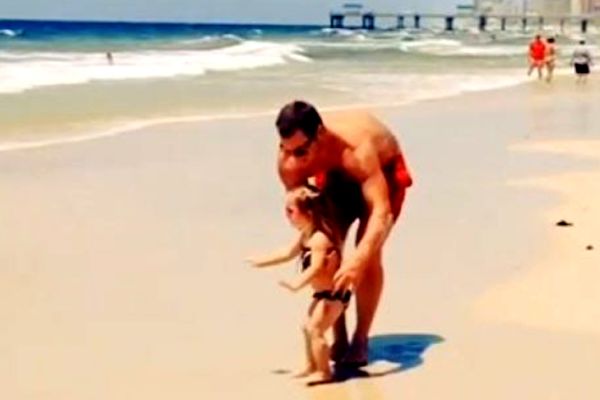 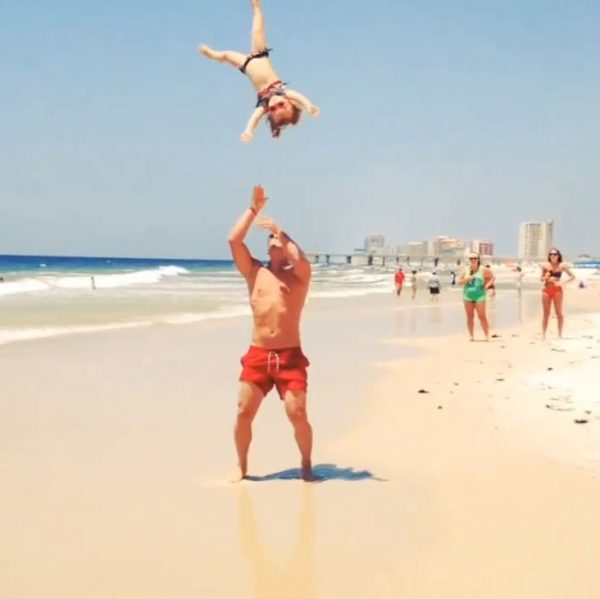 The whole performance was smooth that everyone who saw it gasped! The routine that Andrew and Emerson performed is definitely not an easy one.

After Andrew shared this video clip onto social media it quickly became a hot topic and many citizens praised Emerson’s performance and it also left many of them to worry.

Some people have criticized Decker, but he says he’d never let his daughter fall and points out that she’s been doing this longer than she’s been walking.

Emerson is five years old now and she has a whole Instagram page to herself, showing the world her cool stunts and amazing routines. She is now able to perform the moves of a gymnasts like a professional especially the back flip in mid air.

Basically, she is every cheer coach’s dream

Emerson is also learning her tosses

Watch this compilation video of little Emerson performing with her dad!

This disabled man managed to raise his daughter on his own...

Some people may be poor but so rich by heart