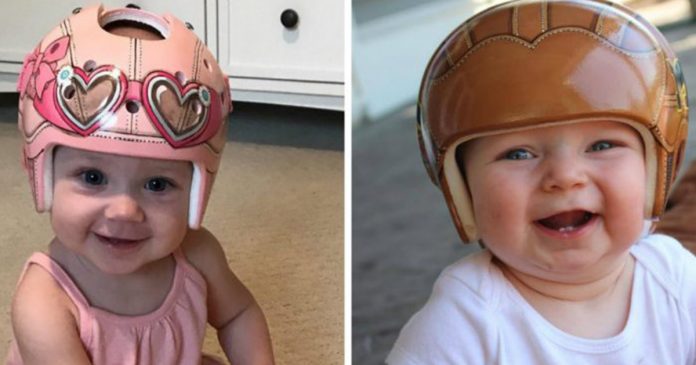 Some babies just like to lie in the same position. Because of their soft skull bones, they can sometimes develop a flat spot on the back or side of their heads—technically known as cranial plagiocephaly. In more severe cases, wearing a special helmet can gently mold the baby’s head back into the correct shape.

But the stress of seeing their child having to wear a remolding helmet can weigh heavily on the parents.

Those first few months of life are universally agreed to be incredibly precious, and the helmet being both ugly, inconvenient, and a constant reminder of the child’s condition can certainly dampen a time that should be spent in happiness.

Landee Tim was one such parent.

Tim was distraught when she found out her son, Henry, would have to wear a corrective helmet 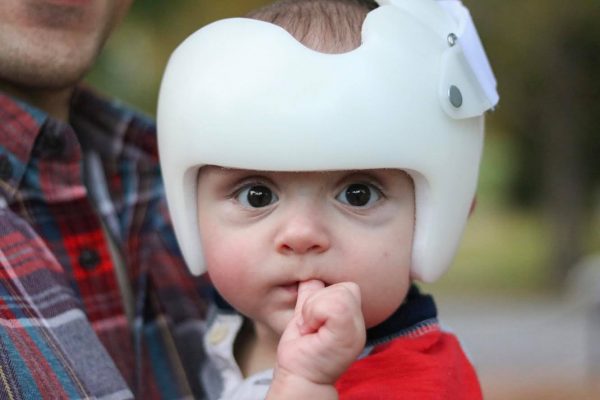 Tim described that after Henry was fitted with his helmet, he would frequently receive cruel comments when seen in public. For a time, Tim even blamed herself.

“I felt so much guilt thinking that I had done something wrong, and because of it my son would have to wear a medical device on his head for months,” Tim told Today.com.

“Once, while shopping, a woman walked by me and made a snarky remark, saying, ‘If she’d stop dropping him all the time, he wouldn’t need a helmet,’” Tim shared with Today.com. “Another stranger commented, ‘Oh, he must be a seizure kid.’”

Seeing the corrective helmet, people often made the incorrect assumption about why Henry was wearing it. So Tim decided to do something positive about it. 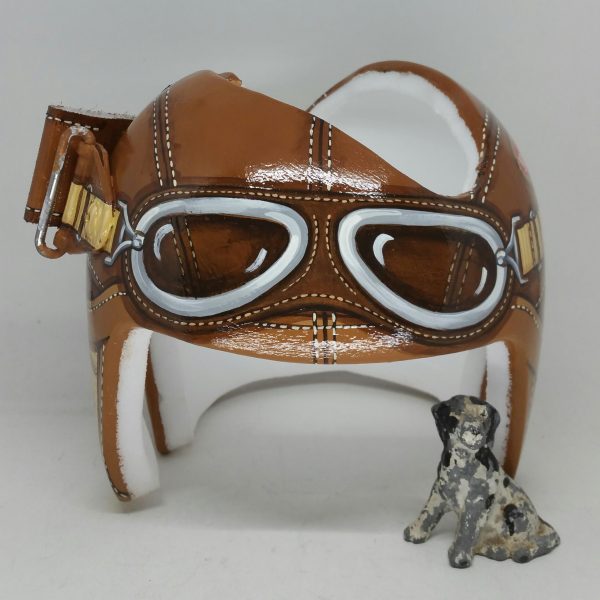 Tim did an internet search and discovered the work of Paula Strawn, a talented artist from Washington who has been painting corrective helmets since 2003 to make them colorful and fun. After getting in contact with each other, Tim quickly commissioned her to paint Henry’s helmet to look like an old-fashioned pilot’s helmet.

“The feedback from others immediately changed,” Tim explained. “Most of the time, Henry received playful smiles, waves, and comments on how adorable his helmet was. Some even asked where they could pick one up for their children—not realizing it was a medical device.” 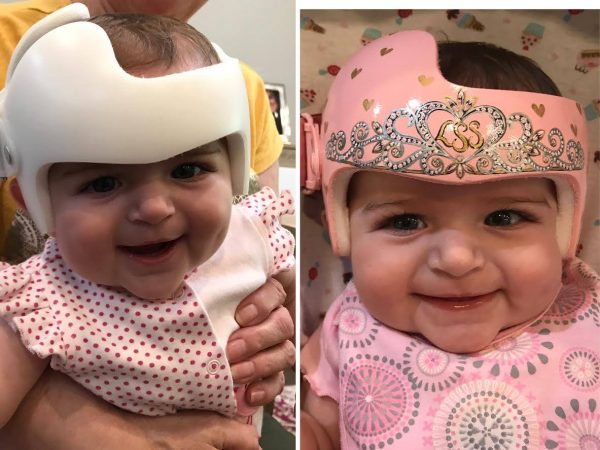 “I feel blessed beyond belief that I am able to do what I do,” Strawn said told Today.com.

“I’ve literally had moms sit on my couch and cry because they’re so sad that her beautiful child has to wear this helmet,” Strawn told ABC News. “The process of design helps people. They go from feeling bad to ‘Oh, that’s a fun idea!’ It’s like therapy.”

The 60-year-old became interested in pursuing the idea of decorating helmets after a friend asked for her help with her granddaughter, who had just received a helmet.

“She showed up at my door and said, ‘Paint this ugly thing.’ Which I did,” Strawn told Today.com.

Things took off from there; and to date, she’s painted almost 3,000 helmets 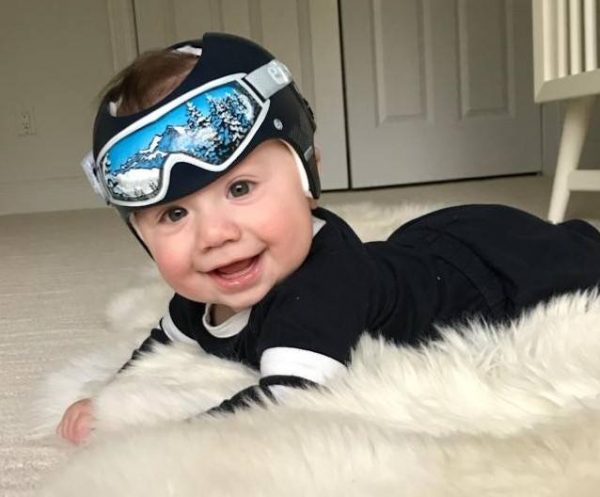 Now Strawn works six days a week painting helmets that get shipped to her from all around the United States.

“I love kids and I love art. All I wanted was to find a fun way to make extra money doing art, and it all came together with painting these baby helmets,” Strawn said 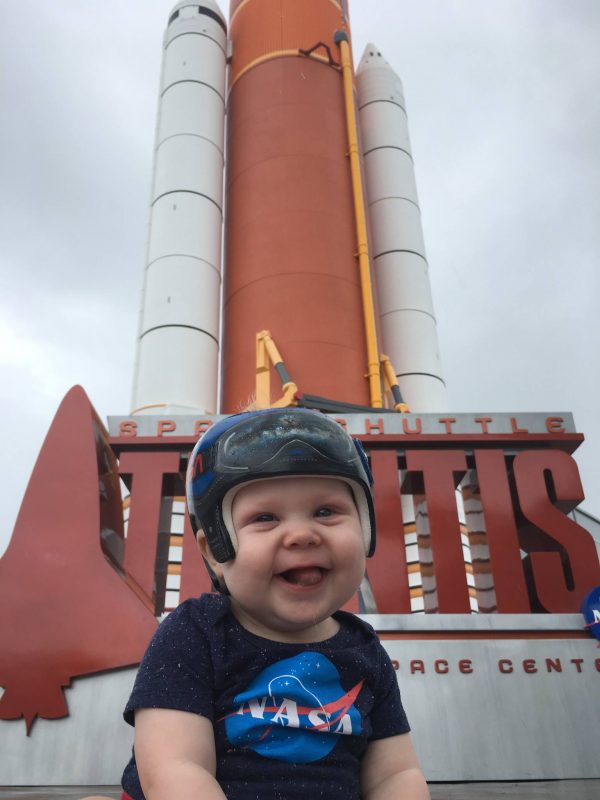 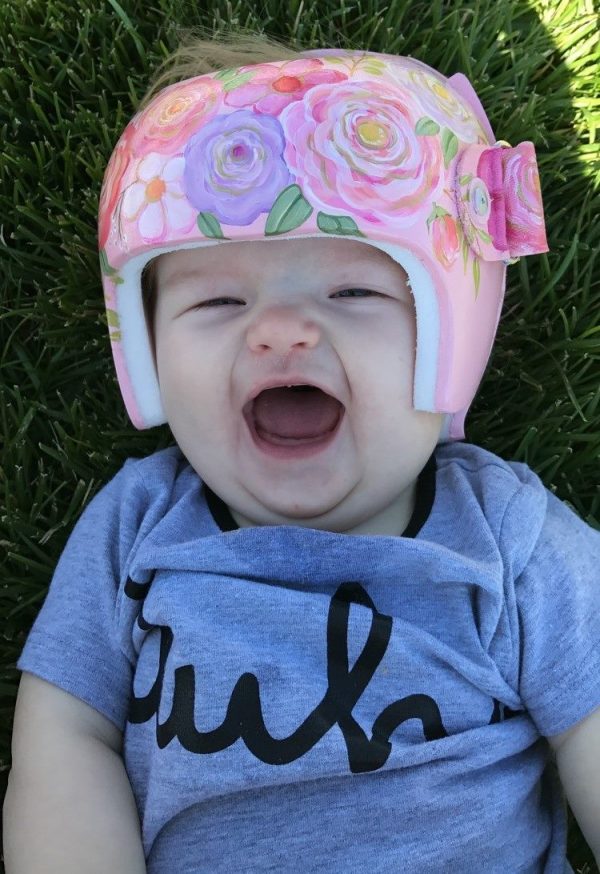 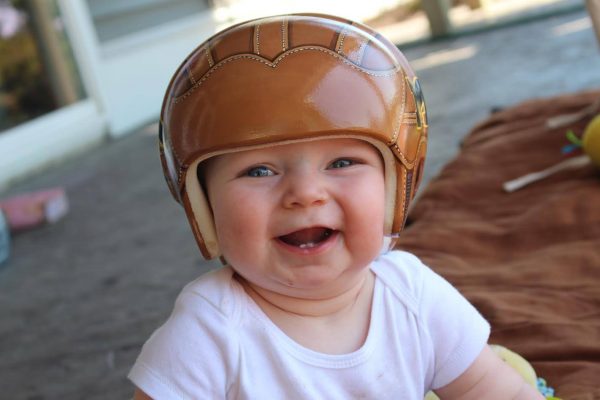 “I’m not curing cancer or feeding the poor or making breakthroughs in quantum mechanics, but I have the privilege of helping parents come to terms with their adorable baby having to wear this thing—and to me, that means I have the best job ever.”

Studies reveal that husbands are stressing their wives out twice as...