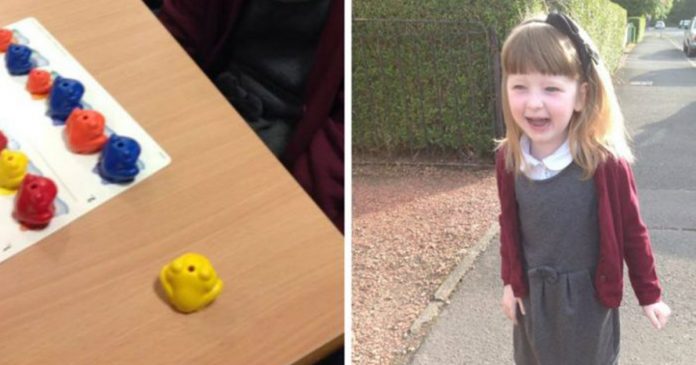 Sending your child off for their first day of school is always scary. Regardless of how ready or prepared you believe they are, it’s the first step to their eventual independence. But for a parent with a child who has special needs, the first day of school weighs on them like a sack of bricks.

For Miriam Gwynne, her fears were multiplied many times over. Her daughter, Naomi, was non-verbal and autistic. She’d already spent an extra year in preschool due to concerns over her development, and struggled to dress herself or go to the potty every time.

Gwynne worried that her autistic, non-verbal daughter would struggle at school, or worse, be the target for endless bullying

In a lengthy Facebook post shared on the Love What Matters page, Gwynne spoke openly about her apprehensions.

“How would anyone know to meet her personal needs if she was unable to talk? Would her anxiety, vulnerability and tiny size make her an easy target for bullies?” Gwynne wrote.

With Naomi being only 5 years old, the caring mother was within reason to be concerned. She also fretted over the effects that her other child, Naomi’s twin brother, might have on her learning. Naomi’s brother has even more complex needs: “He has tumors, severe autism, challenging behavior, global delay, and is non verbal.”

He was going to another school 14 miles away, and she worried if their separation would affect Naomi.

“She carries a heavy burden wherever she goes even at the tender age of five,” Gwynne wrote. “I often wonder if professionals realize the daily weight that siblings carry on their shoulders every day?”

The first day of school arrived, and despite her concerns, Gwynne sent little Naomi off into the world.

Only one week into the school year, Naomi’s teacher was reaching out to Gwynne 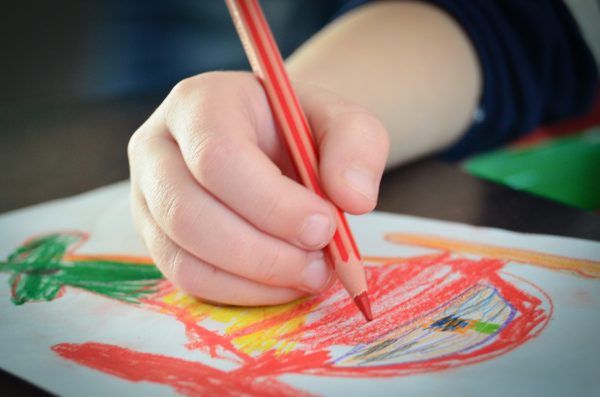 After fearing the worst, she couldn’t believe how her daughter was performing after only one week in school.

“My special, fragile, silent girl had actually changed that whole class of new starts without even saying a word,” said Gwynne.

In Naomi’s class, there were two students who didn’t speak English as their first language. They struggled to understand and follow the class, and Naomi was paired with the two Russian children because it was easier to address their individual needs that way.

None of the teachers in the classroom spoke Russian, and they experienced difficulty communicating with the students. When they directed all of the students to draw a picture and write their names at the top of the paper, most of the students got to work straight away. But the non-English speaking students sat there, unsure of what they were being asked to do.

The teacher’s assistant struggled to explain the assignment, and when another student needed her attention, she had to leave their side for a moment.

Miriam Gwynne swelled with pride when she learned what happened.

Incredibly, the two students started to do the assignment just like the rest of the kids. Naomi might not speak a word of Russian, but living with her non-verbal brother helped her communicate with these two students who didn’t speak English. After witnessing the entire exchange from afar, the teacher’s assistant wept with joy.

Naomi proved that she doesn’t need words to help people.

She was able to do something nobody else in the class was able to do, and on that day she was an invaluable resource to her teachers.

“I still worry. But I know that in all she lives with she is somehow managing to turn ashes to beauty. And I could not be more proud of her,” said Gwynne.