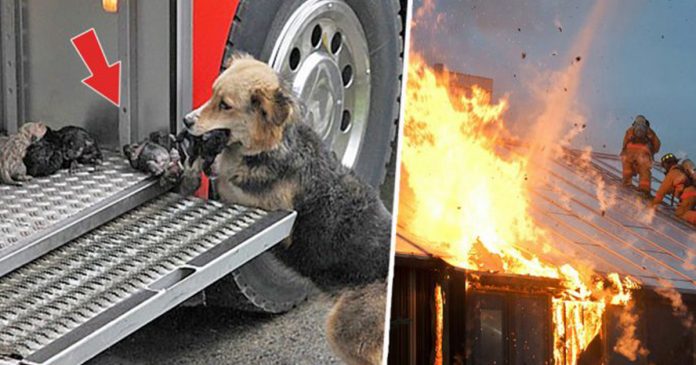 Recently, heart-breaking photos of a mother dog rescuing her 10-day-old puppies from a house fire have gone viral on the Internet.

The mother dog risked her life multiple times to get all her puppies to safety after the fire broke out.

The German Shepherd mother dog which is called Amanda ignored the raging fire and went back and forth between the house and a fire truck to rescue her puppies, one by one 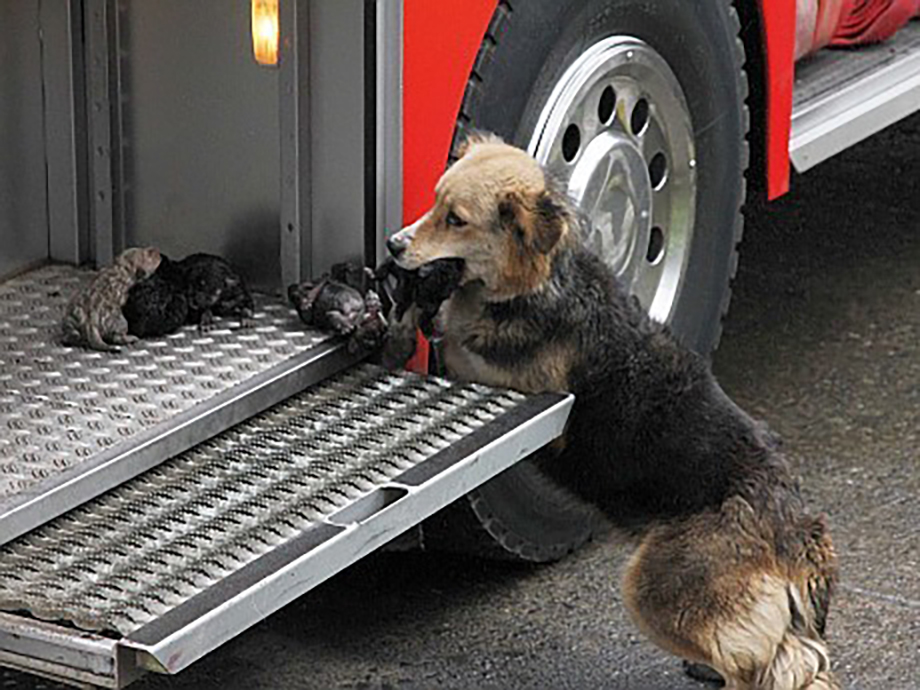 The fire which happened in Santa Rosa de Temuco, Chile started after a car bomb exploded and it quickly got the house into a blaze 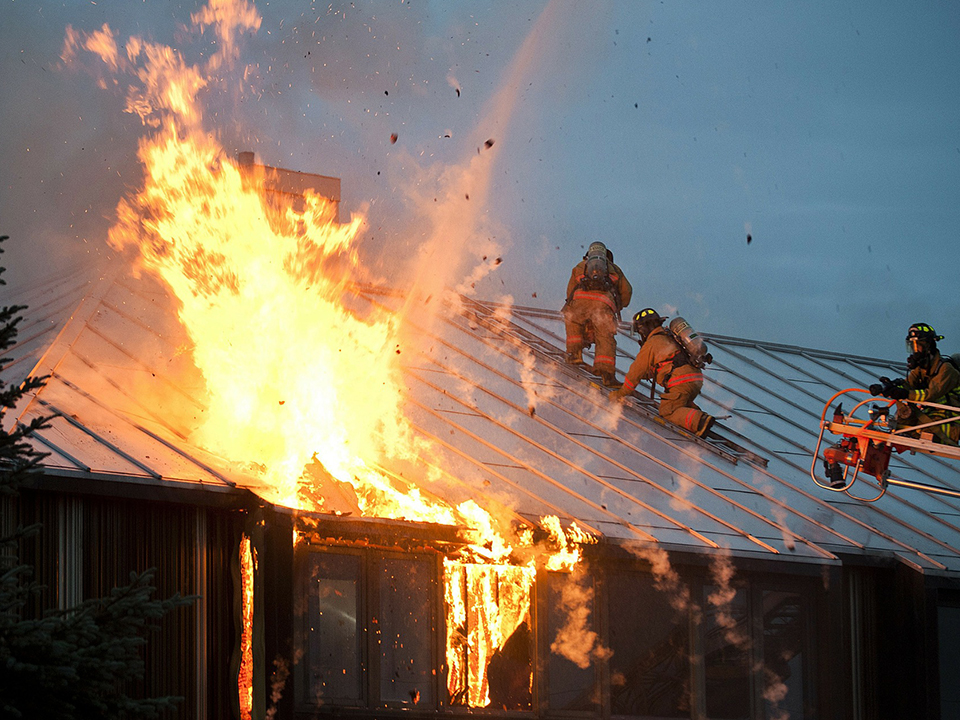 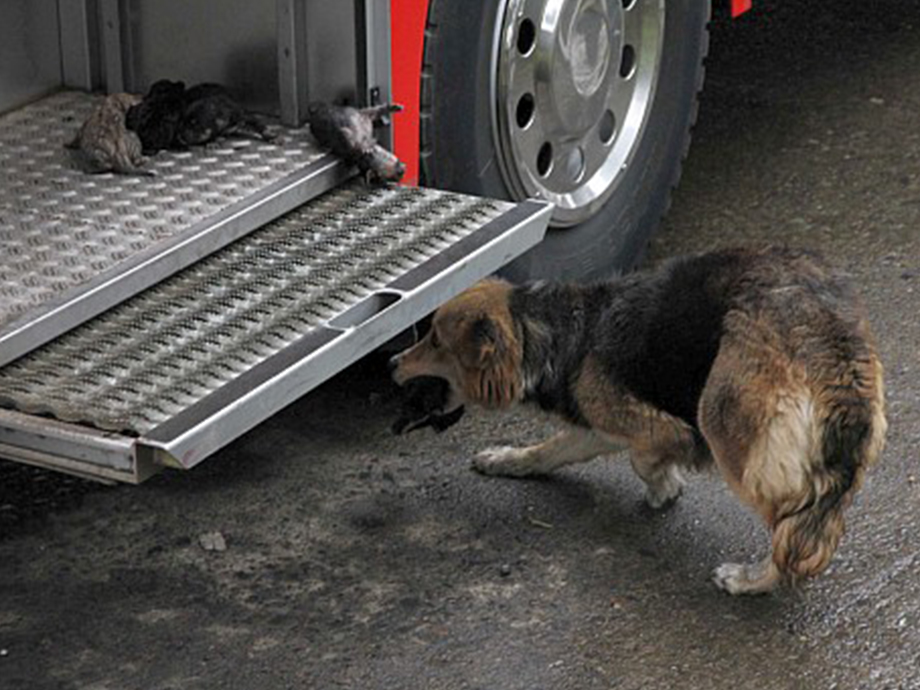 After rescuing all her puppies, Amanda sat next to them to protect them with her body from the fire sparks 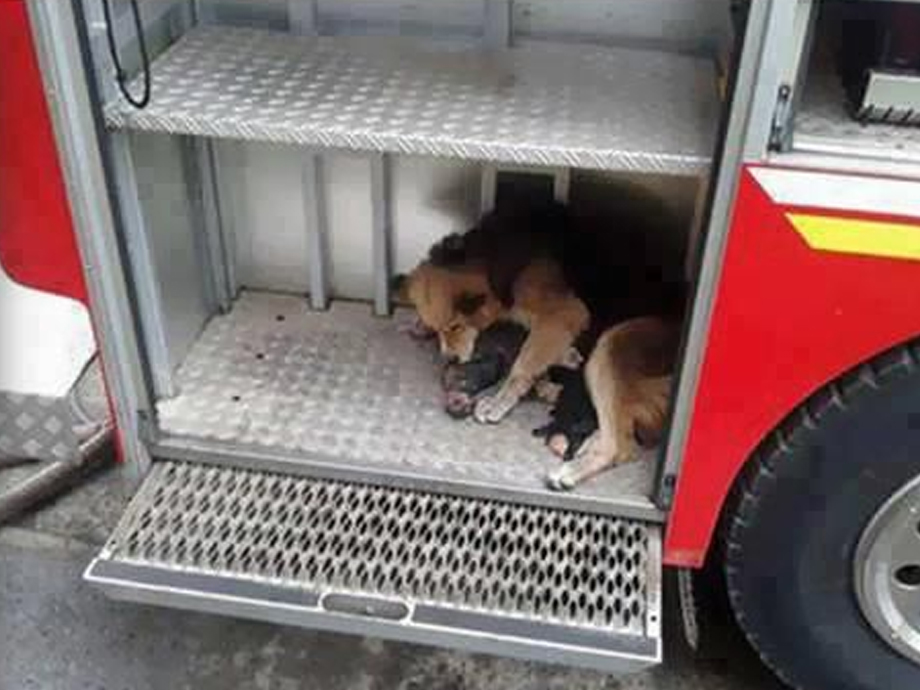 The vet, Felipe Lara told that Soy Chile that Amanda had even defended her puppies from the vets when they tried to take the puppies away from Amanda to care for them. At last, she gave in to the vets and let them gave medical attention to her injured puppies but she did not let the dying Amparo got away from her sight.