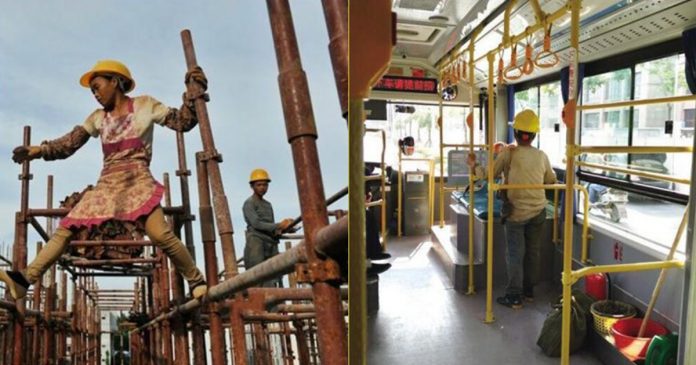 A Chinese lady who worked in the building sector as a labourer refused to sit on the bus seat as she was afraid that she might get the seats dirty. When her story hit social media, it became a hot debate among netizens.

Her name is Wang Zhenzhen, 58, who works at a construction site as a labourer doing men’s hash duty. 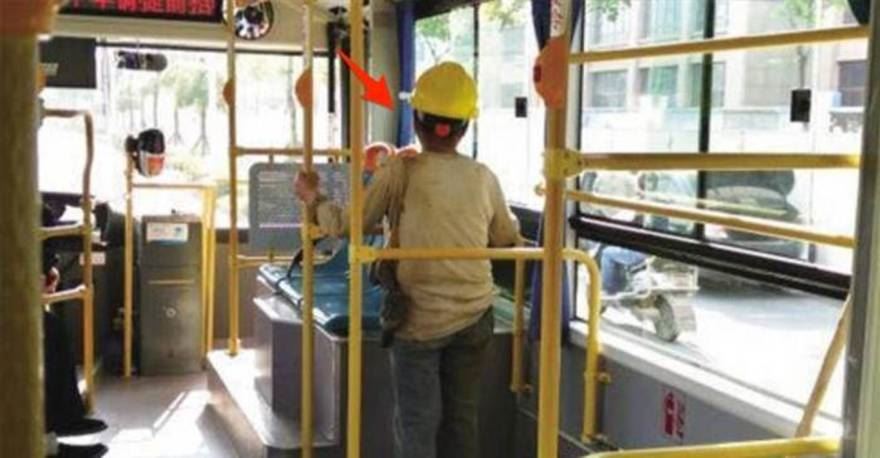 One day, as usual, after work, she took the route 2 Haining bus home. The bus was pretty empty but she did not sit on the seats and instead, she stood all the way home. A passenger saw her and went up to and asked her, “take a seat, it’s an empty bus” to which she replied, “my clothes are too dirty and it might dirty the clean seats on this bus and irritate the other passengers.” These words touched the passenger and he decided to post it on social media.

Many netizens praised her, “This lady works at a construction site but her integrity was way beyond us educated people.”

Another comment said, “Your clothes may be dirty but you have a crystal clear conscience.”

A reporter even went to the construction site to give her an interview.

“My job is to assemble scaffolding at the construction site. My husband and son are also working here” 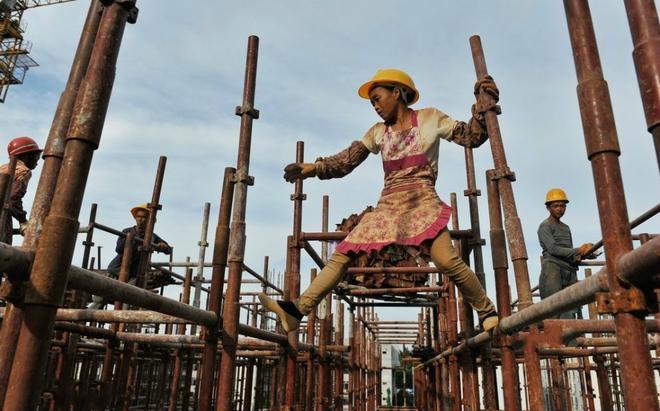 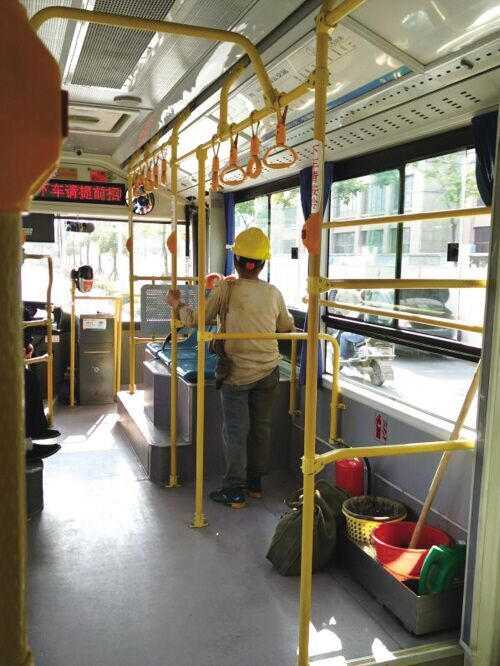 “This is tough work which are meant for men, could you move them?” asked the reporter.

“No problem. I used to do hard labour at farms. I am illiterate so all I could do is this kind of harsh work.” Madam Wang said. 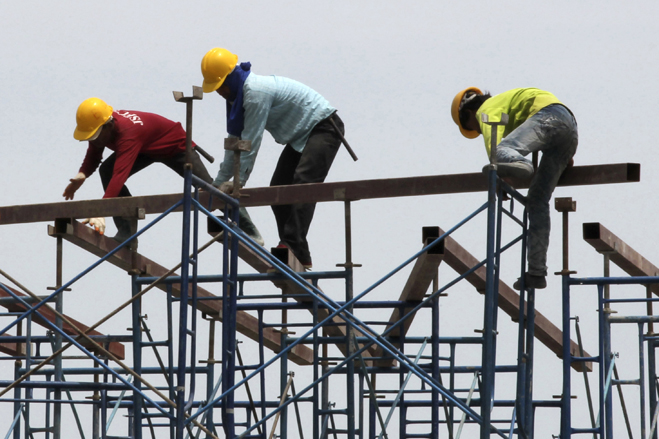 Madam Wang has two boys and a daughter. Her elder son and daughter were married and her youngest son who lives with her is planning to get married soon. She said, “Our old house is a wooden one and has been standing since 30 years ago. It leaks terribly during rainy days so we need to work to get our house repaired and at the same time save up some money for his marriage.”

Madam Wang said that she used to take the bus to and fro to work. Once, she met a few office workers who wore clean clothes sitting on the bus. Even though they did not say a word, the way they looked at her made her felt uneasy. “Usually, I would take a bath at the site and change into a set of clean clothes. Only then I would sit down on the bus seat. Now, I am filthy and I do not have clean clothes to change into so I would just stand.”

Suddenly, her tone changed to happy, “Yesterday the driver who saw me standing told me to pick a seat and sit down. He said that if I get the seat dirty, he would clean it up later on. I was touched so I chose a seat and sat down for the whole journey back home yesterday.”

Madam Wang’s sentiment is really admirable! Not to forget, the bus driver’s actions were also touching! What do you think about Madam Wang’s integrity? If you like her story, why not click ‘Like’ and ‘Share’ it with your friends so we all could learn to be a better person from her.

This graduate’s life ends with a tragic death. After further investigation,...