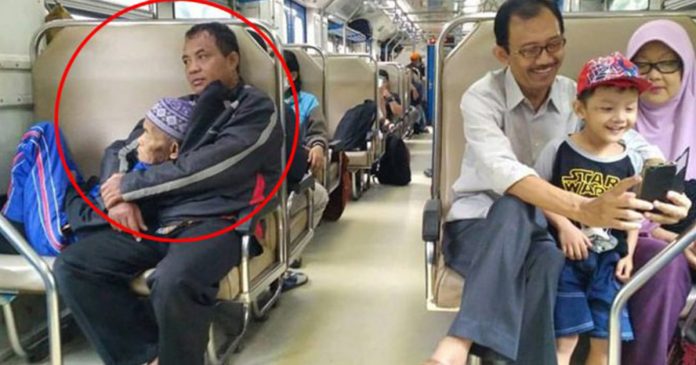 Recently, a photo taken by Restoris A. Fatiha which shows two different scenarios of two families on a train went viral on the Internet. Restoris was on his way back from Kutuarjo to Solo, Indonesia and he took the early morning train at 6.20 am.

On the left side of the train, a man is seen hugging his old father while on the right side, a small family of a middle-aged couple and a young boy are giggling at something hilarious on a smartphone 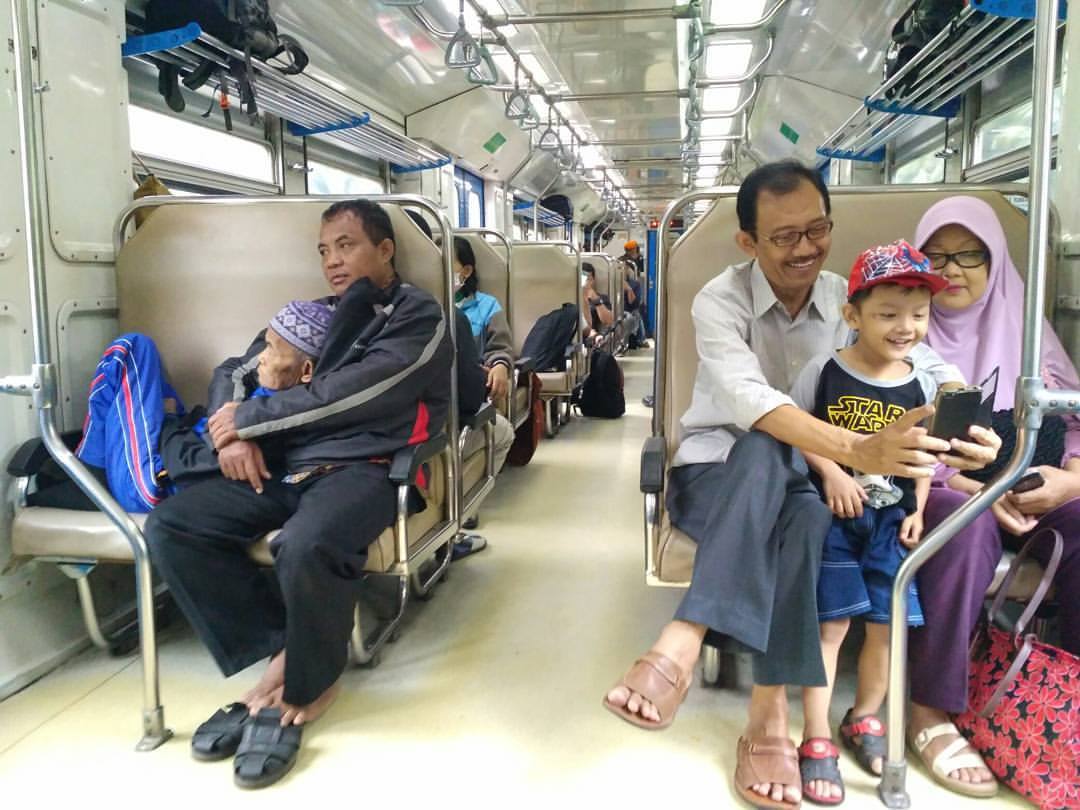 Restoris wrote about the heartwarming scene on his Facebook status:

“Love your parents, as your parents have loved you, raised you, educated you and taken care of you with all their hearts.”

“I saw something which really made me miss my parents. It touched me so deeply and I wanted to shed a few tears. It is an action that seems normal but can be truly meaningful for the people who witness it.”

It seems like the photo does not only touch Restoris’s heart but 19,000 other hearts. The photo has since then been shared more than 9,000 times. 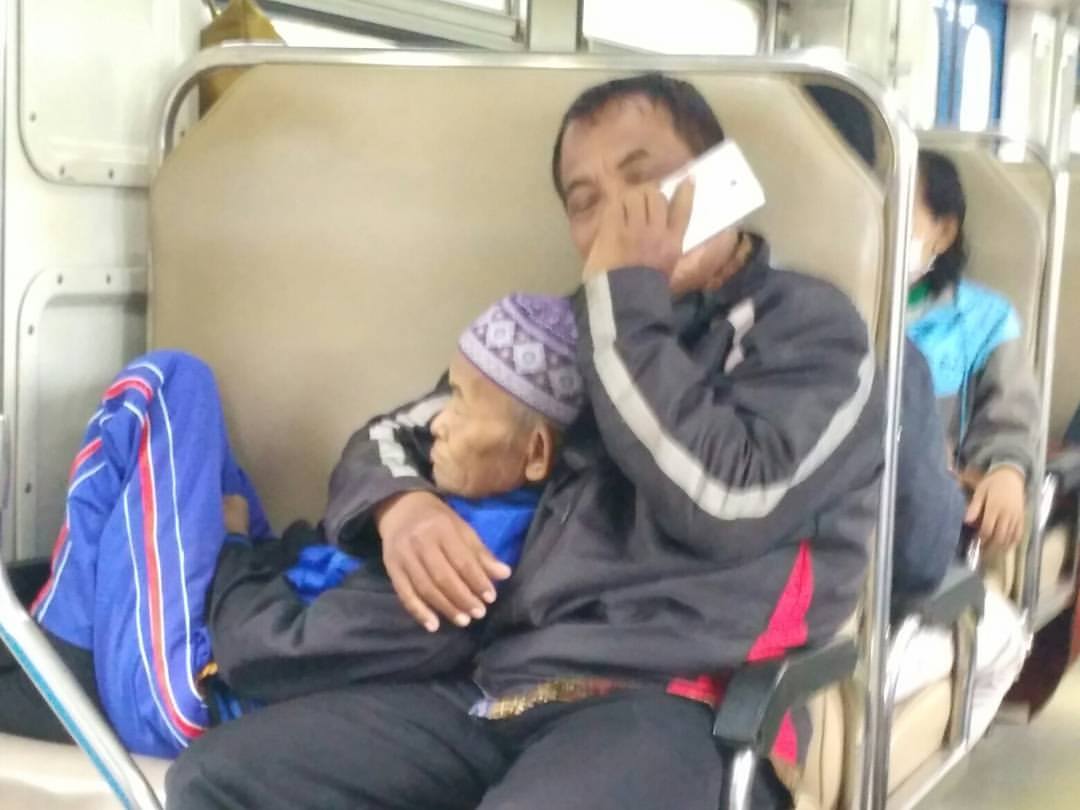 He added, “The seat next to them showed a couple changing their seating position to accommodate the child who was playing with the phone.”

“They moved themselves into a position where they had the child in their arms filled with love as they played with the phone. This simple view is enough to tug at anyone’s heartstrings and remind us to be loving and caring children towards our parents even in small ways.”

This scene teaches us to love and care for our parents just like how they care for us when we were small. A simple act out of love is enough to express our gratitude and love to them. So, why not give a hug to your parents today and say that you love them? They might have been waiting for you to do so, who knows.