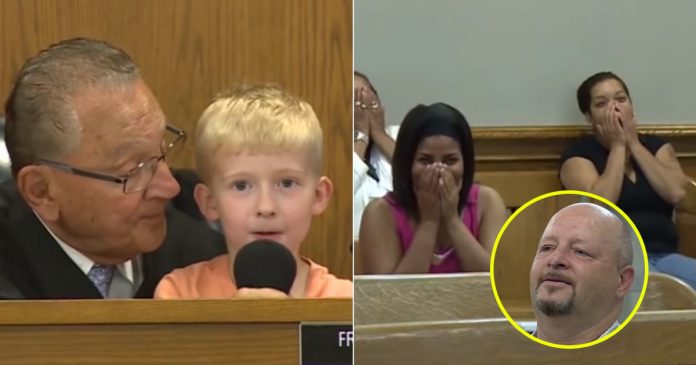 Justice is blind—at least, it is supposed to be. That said, though, we all expect some kind of preferential treatment. Especially if our relatives are the ones judging us. That seems like a pretty natural and reasonable thing to expect.

But for one Rhode Island father, in court for a parking violation, it turned out that his own son was harsher than the judge who presided over his case. The little boy’s answer, tough but fair, caused the entire courtroom to erupt in laughter and compelled the judge toward a lenient solution that had everyone, especially the boy, smiling in the end.

Judge Frank Caprio has a reputation for his creative sentencing. 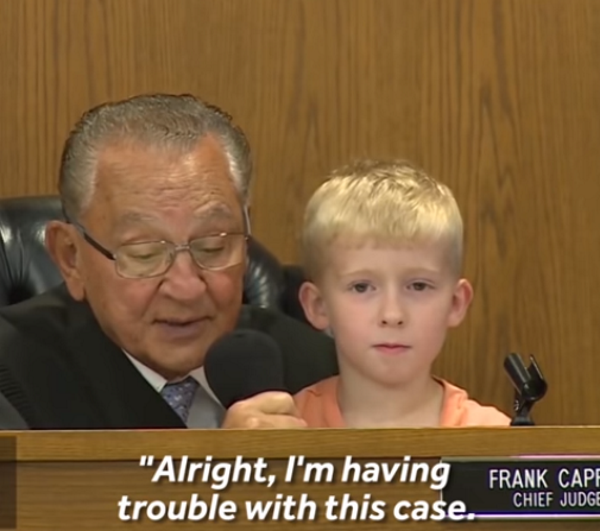 Judge Frank Caprio has been a practicing judge in Rhode Island’s Municipal court since 1985. While he might look like a normal judge, complete with the symbols associated with his office, his courtroom is anything but normal.

Instead, through the years, citizens fortunate enough to have their cases presided over by Judge Caprio have come to respect his personal touch and his creative and humane sentencing techniques.

For instance, he often asks the children of defendants to come up to the bench and participate in the trial and give them advice.

Judge Caprio’s kindness, leniency, and unorthodox practices resulted in a court case he would not soon forget. 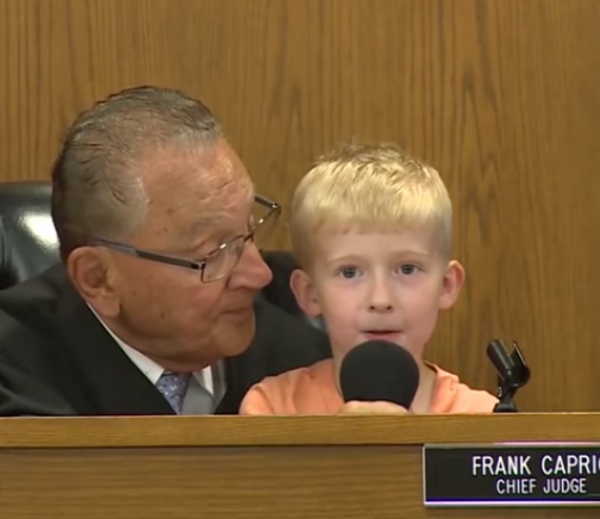 Earlier this year, Caprio asked the defendant’s 5-year-old son, Jacob, to accompany him to the bench. The defendant, who was accused of parking on the wrong side of the road, faced either dismissal of the ticket, or a choice between a $30 or $90 fine.

So, while Caprio listened to the defendant he mulled over his possible options. As was his fashion, Caprio asked Jacob what he should do.

Jacob pondered the question for a moment. Surely, this boy would exonerate his father of any wrongdoing? This was not the case, to the amusement of all involved.

The courtroom erupted in laughter, but Caprio was not willing to be so harsh; there was a creative way to resolve this. 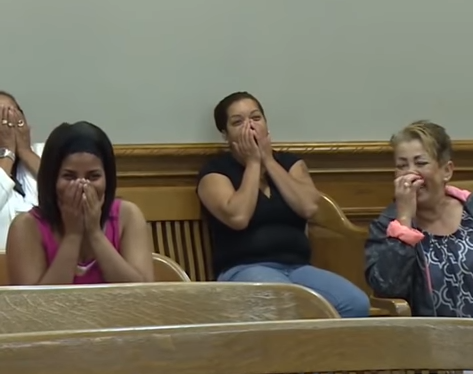 The court erupted into muffled laughter. The boy said something completely unexpected, but even Caprio thought it was a fair ruling.

Still, the kind judge was not willing to throw the book at the defendant, despite Jacob’s recommendation; he came up with another idea.

“Have you had breakfast yet?” Caprio asked Jacob in a video posted by Humankind.

Jacob answered that he did not.

“Well, suppose I make a deal with your dad,” Caprio said to Jacob in a video posted by Humankind. “If he’ll take you out for breakfast, then I’ll dismiss the ticket.”

Jacob accepted the proposal and so did Jacob’s father.

But Caprio was not finished — since Jacob’s father was saving so much money — he had a recommendation for Jacob. 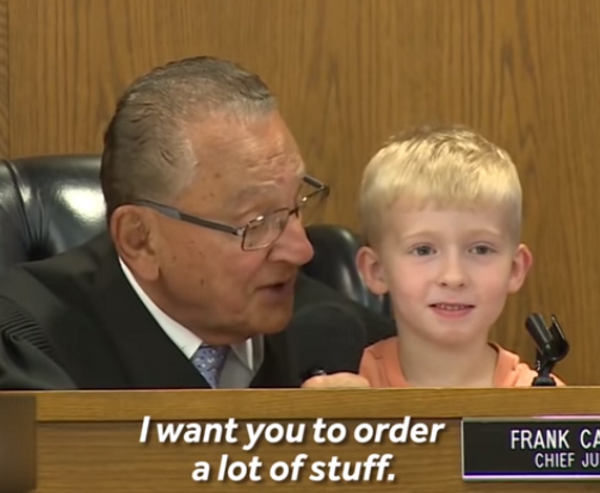 Caprio stressed that Jacob should not go easy on his father.

“I want you to order a lot of stuff,” Caprio told Jacob in a video posted by Humankind. “Because he’s saving $30 bucks. Is that a good deal?”

That was fine with Jacob, though.

“Yeah, ‘cause I love bacon,” Jacob said in a video posted by Humankind.

And really, who doesn’t?

This bed will literally kick you out even when you are...