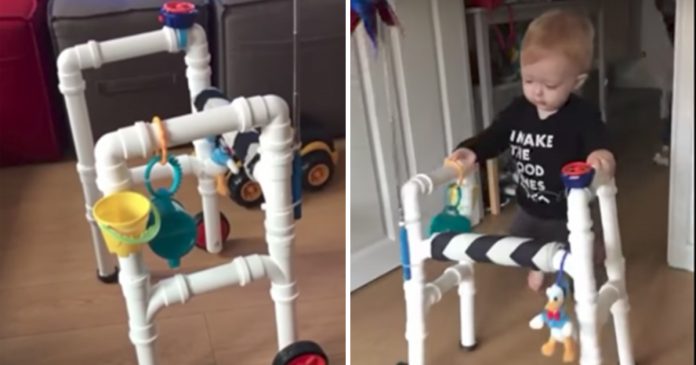 Mark Hoyle, known as YouTube personality LadBaby, is a vlogger that uses his videos to teach even the most clueless of fathers simple dad techniques.

When his wife asked him to buy an expensive baby-walker for their son, he decides there must be an alternative. So he sets out to make a video to help other dads who might be facing the same situation. The outcome wasn’t what he expected.

Like many techniques, this video started out as a way to save money. 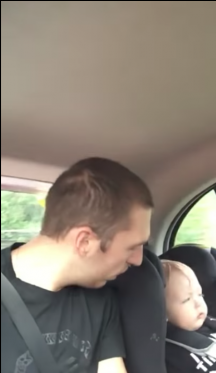 At the start of the video, Mark’s wife had told him that they needed to buy their son a walker, which would cost about £60 ($80) according to her.

“60 quid?” questioned Mark. He was not too thrilled about spending that much.

In the next part, Mark reiterates his disgust to his viewers, “I ain’t doing it … absolutely no chance.” He did want to get his infant son a walker, but he was determined to find a way that wouldn’t cost him that much money. While at work he came up with another idea.

He built a walker out of plastic piping. 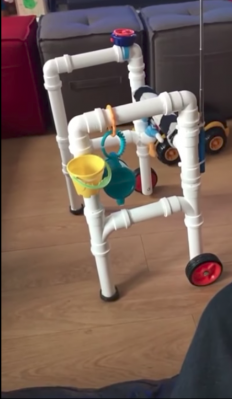 Much to the joy and surprise of his wife, he constructed a walker from the ground up.

At first she didn’t know whether to laugh or cry. “What is that!?” she asks. “That’s not what I told you to get.”

When she checks it out, she’s actually impressed with how well-crafted it is. There was a big pinwheel on one side, and a sort-of snack holder.

When she asked what caused him to do this, he cuts her off saying, “money.”

He claimed that this invention of his only cost him £25, as opposed to the 60 that he was asked to use to buy one from a store. And his wife agreed that this was better for Phoenix—especially when she saw him using it.

The best part (besides the money saved for Mark), was that baby Phoenix looked like he enjoyed it. 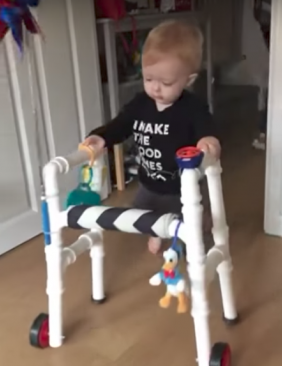 Mark was just a dad that wanted his son to be able to learn to walk, but wanted to be cost-efficient at the same time. He called his new invention the Zim Zimmer.

The video amassed over 4 million views on Facebook, and eventually, Mark then tried to sell the Zim Zimmer through sites like eBay and Facebook. Bids went crazy for Mark’s invention, but the eBay auction eventually fell through.

Mark then came across someone who had needed his Zim Zimmer more than his son did. 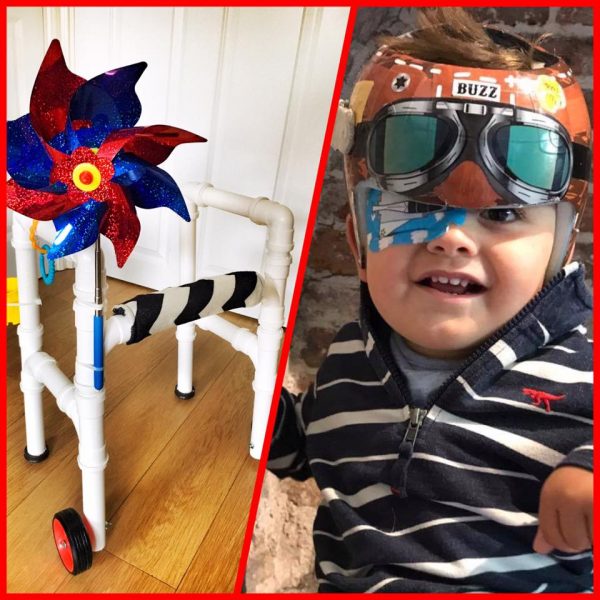 The recipient was the family of Buzby Warrington, an infant with quadriplegic cerebral palsy.

Mark announced the transaction on Facebook, saying “Buzby’s an incredible little man and having heard about his story … it’s the perfect home for the Zim Zimmer to try to get this little legend walking!”

Out of all the people to acquire the first ever Zim Zimmer, it sure looks like it’s being put in the right hands.

Now, Buzby will be able to enjoy learning to walk with his new Zim Zimmer, all thanks to Mark, a great father who initially just wanted to save a few bucks.

Watch the hilarious video below: