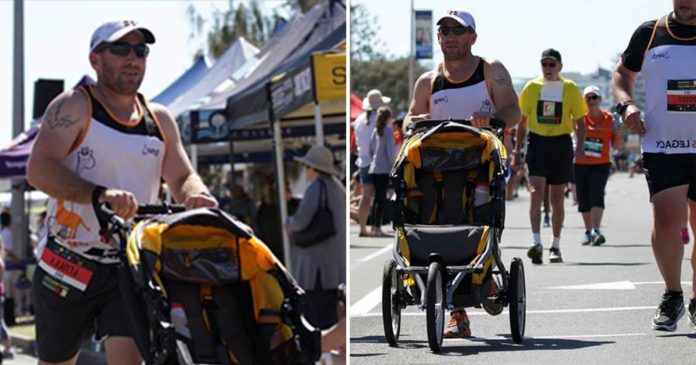 As Troy Austin ran the Sunshine Coast Marathon in Australia, a number of runners asked him questions, and those watching the race also yelled out comments and laughed at him. Reportedly an announcer remarked over the loudspeaker, “Here comes an old mate, and it looks like he lost his kid.”

Austin ran the marathon while pushing an empty stroller, and although a lot of people thought the stroller was a joke, there was nothing funny about his actions.

Many people told him he lost his kid, and his response was not what you would have expected.

“Yes, that’s the point,” he calmly said before the start of the race.

In January 2016, Austin and his wife welcomed a baby boy. Unfortunately he was stillborn.

Austin ran with an empty stroller to honor his stillborn son.

When his wife, Kelly, was 27 weeks pregnant a regular check-up turned into heartbreak when the doctor announced they could not find a heartbeat. The following day the couple went back to the doctor so their baby boy’s death could be officially recorded.

“After a few emotionally painful days, you go to the hospital to give birth, knowing that your bub isn’t coming home to his room,” Troy told Daily Mail.

When their boy, who they named T.G., was born the couple got to spend time with him, holding him and cuddling with him. The moment that should have been filled with joy was bittersweet and filled with breaking hearts.

Troy and Kelly grieved for a very long time. 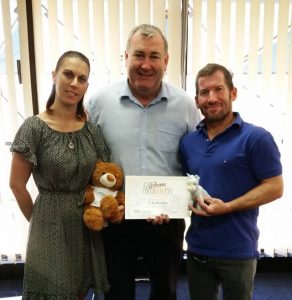 Troy told Daily Mail that he and his wife handled their grief in very different ways. While Kelly made sure to save “every bit of memorabilia” to ensure no one forgot about T.G., Troy invested his time into training for competitive races.

“I trained and kept my mind and body so tired it could not grieve,” he said.

Since T.G.’s burial Troy had competed in a handful of races, but it wasn’t until the Sunshine Coast Marathon in late August of this year that he decided to honor his son’s legacy.

Troy ran as a way to cope with his grief. 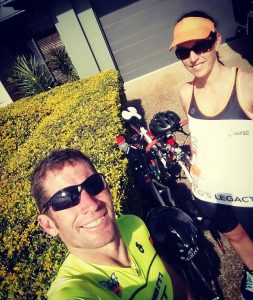 In a post he shared on Facebook, Troy described how difficult it was for him to keep it together when other participants joked or asked why his stroller was empty. He was there to support two people running for T.G.’s Legacy, a charity he and his wife set up. One of those people also supported Troy.

“I was here to support Brett and Robert as they were running for our charity, also Brett’s first marathon and was so glad he was beside me. Because every time [I heard] ‘Hey mate you lost your kid’ it took a good mate beside me to have a chat so my bottom lip didn’t tremble, as I would try think up quick ways of saying yes I have lost my kid and I am not getting him back.”

In an interview with Babble, Troy said that he hoped that running with an empty stroller would make people question him and it did exactly that.

“I thought it would cause people to ask questions and through questions you create awareness. Stillbirth isn’t publicized like cancer or the road toll; no one wants to talk about a dead child. Six babies die a day in Australia from stillbirth. I think that’s why we didn’t put a sign on the pram — we wanted the questions without the turn of the heads and the silent pity.”

Each comment made Troy nearly break down, but he was happy people acknowledged he had a son. 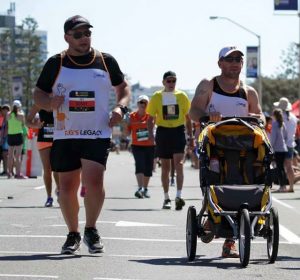 Troy and Kelly also raise awareness about stillbirth through the charity they set up in T.G.’s name.

Kelly has since given birth to another little boy, Samuel Bruce, who would have been T.G.’s little brother. Troy comments that even though they have another child now, some people make insensitive comments about Samuel replacing T.G.

“Some people will say to me, ‘Well, you have another child now, so you must be happy,’ like it’s a replacement. It is like a parent saying ‘Our child died at school today, but that’s okay because we have a good one coming through the ranks.’ We have had our second son recently, but that does not take away from how much we miss his big brother and never will. We will never forget TG, for he is our son.”

Troy wrote that he thinks the stroller is here to stay, because he knew his son was with him. 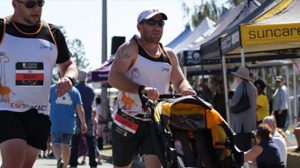