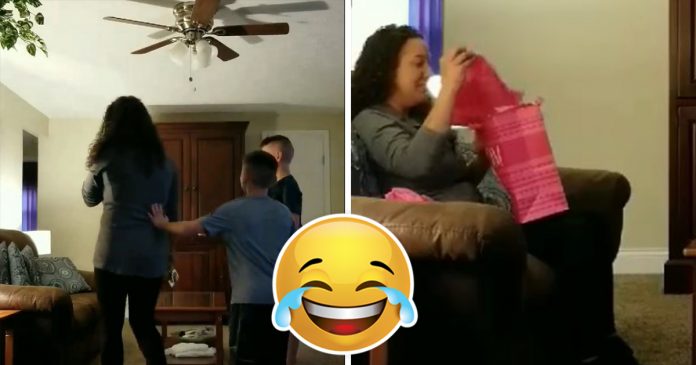 A single dad from Cleveland, Ohio, has given his girlfriend an unforgettable marriage proposal with the help of his three young sons. The touching proposal, caught on video, has been viewed over 11 million times on Facebook. Many netizens cried after watching this special moment!

In the video below, Steve Lee’s three young sons are seen eagerly waiting for their dad’s girlfriend, Theresa Meagan Johnson, to enter their house.

“She’s coming,” one of the boys signals. 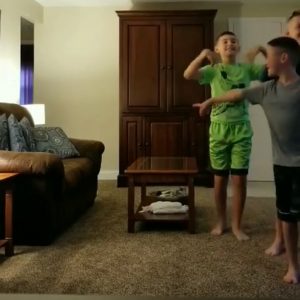 As Theresa enters, the boys excitedly tell her, “Sit down. We got a present for you.” “I’m scared. Is this, like, a trick?” Theresa replies. 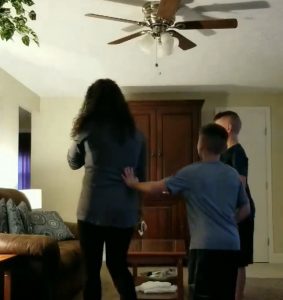 Worried that this is a prank, Theresa removes the papers from the bag of presents carefully while sitting on the couch. 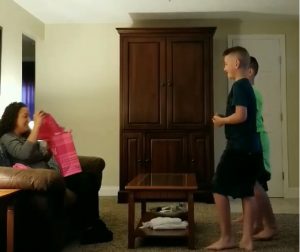 When Theresa finally opens up her gift, the three boys immediately drop to their knees. “We give you our daddy,” they exclaim in unison. 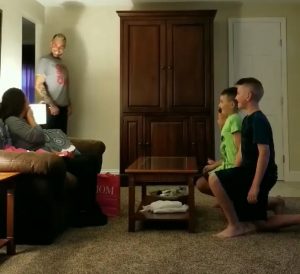 Theresa instantly tears up. At this moment, Steve appears and gets down on his knee.

Holding Theresa’s hand, Steve declares, “You came into these three little boy’s lives and my life. And from the time you came into my life, I’ve never seen them smile or me smile as much as we have.”

“We love you with everything we have. And we want to know if you will marry me?” he asks. 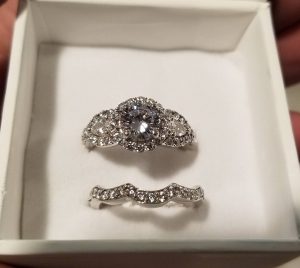 Steve’s sincere speech leaves the boys and Theresa crying. Theresa agrees to the marriage and says “Yes” without hesitation.

“And now kiss the bride,” one of the boys says playfully. 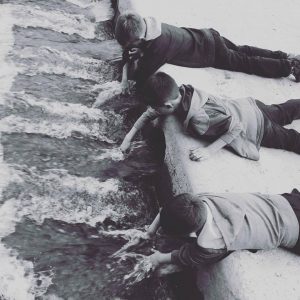 The tear-jerking proposal ends with the boys gathering around Theresa to give her a hug!

“You guys tricked me,” Theresa says.

“Yeah. We trick you, and it is recorded,” Steve replies. “I love you.” 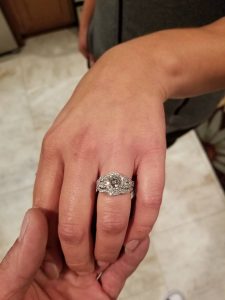 Judging by the heartwarming proposal—as the boys have accepted their future mommy, just like how she has embraced them into her life—this is the beginning of a loving, happy family!

The video has been watched more than 11 million times ever since it was posted on Facebook by Steve on Oct. 15, 2016.

“WOW!!! Absolutely precious! That was the sweetest thing ever.

I’m so happy for you guys!!” one Facebook user wrote. 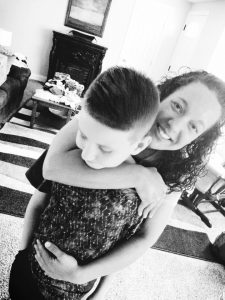 “Omg I’m crying. This is amazing,” said another.

Another user added, “That was the Best proposal ever. I instantly cried like a Baby. CONGRATS!!!!”

We wish Steve, Theresa, and the boys many years of happiness ahead!