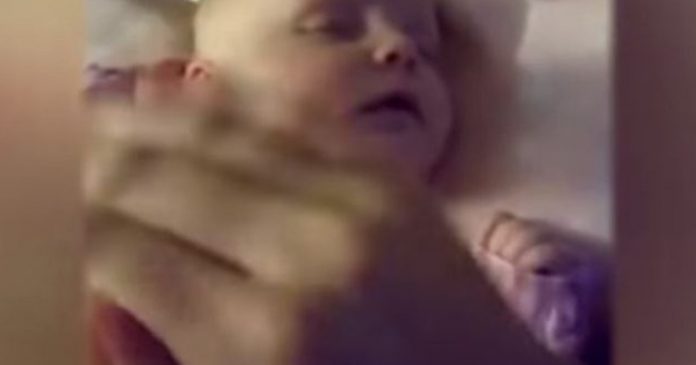 Sam Carrier, aged 29 and her partner Rob Evans, aged 27, have began a very challenging journey when they discovered that their daughter, Daisy Evans, 15 months old at the time of the video, was diagnosed with cystic fibrosis shortly after her birth. 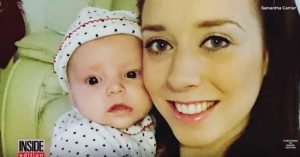 Cystic Fibrosis is an incurable genetic condition in which its distressing symptoms manifest early in infancy and requires dedicated care from medical professionals and families.

A heel prick test as well as the detection of high salt concentration in sweat are indicators of this illness. Symptoms include respiratory and digestive difficulties associated with an excessive build up of mucus, especially in the lungs and digestive tracts.

While it is incurable, cystic fibrosis can be managed, but requires a great amount of medical care, which includes intensive physiotherapy administered in the home and can involve up to 40 pills per day.

Carrier and Evans filmed themselves performing a 25 minute physiotherapy session on their infant daughter, Daisy, which they carry out three times per day. 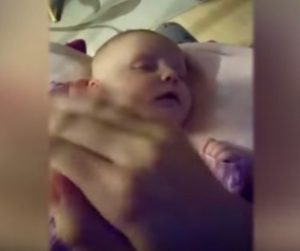 The footage of the physiotherapy was the source of controversy and opinions shared by internet trolls, which became abusive and even threatening. The video footage shows the mother, Sam, delivering repeated and strong pats to the chest to loosen up the build up of mucus in the lungs.

Nobody would have imagined that an awareness raising video in which a heavy pat to the chest to alleviate the build of mucus in the lungs would be misconstrued by anybody as an act of child abuse.

If Daisy’s mother was abusing and causing harm, little Daisy wouldn’t be falling asleep during the treatment session. 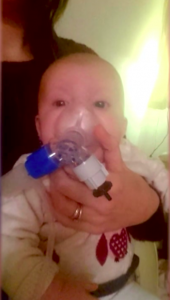 One user exclaimed in shock ‘you’ll break her ribs’. There were many other uninformed and rude comments published.

Despite Daisy’s tiny frame, the footage showed that the baby was very comfortable and even falling asleep during the physiotherapy session.

Viewers should be aware that parents of cystic fibrosis patients are administering treatments in the home under very specific guidance of medical experts. Without the treatment session, Daisy’s lungs would accumulate further mucus and this would cause further respiratory distress or even death.

Fortunately, the ugly side of internet dialogue in this story has been countered by messages of love and support, thus reinforcing hope for spreading awareness of this health issue in the community.

Many parents have come forward to share their experiences with cystic fibrosis to counter the narrative that the uninformed trolls have tried to spread. 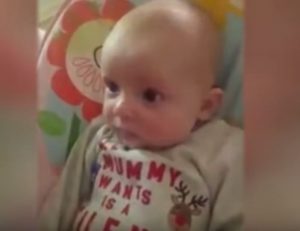 Another ray of hope is the fact that according to The Cystic Fibrosis Trust, UK, more than 50 percent of adults with this condition are in some form of education or employment, despite the challenges and the amount of medical care needed. A prescription of a different kind is needed to help counteract the ignorance that comes from a vocal minority on the internet. Readers at home can help families like these that are unfairly targeted, by leaving a positive and supportive comment for families like these and share these videos on social media account, so that friends and family can be encouraged to do likewise. Positive thoughts, encouragement, enlightenment and love have the capacity to go viral for stories like this.