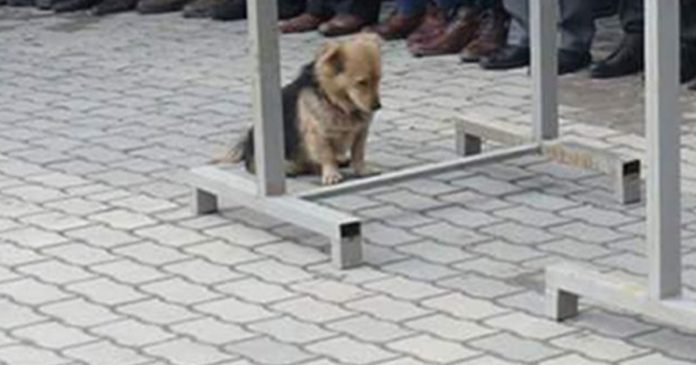 Every morning, Ali Ilhan would leave for work, and his little dog Cesur would dart out the door and run off to who knows where.

Ali, busy running to where he needed to go for the day as well, was unable to follow his dog for several days at first. 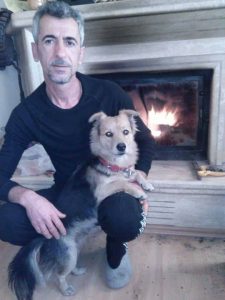 Cesur always came back safely, so Ali was not too worried.

But one day, Ali managed to get some extra time in the morning, and so he followed Cesur as the dog ran down a path he clearly was familiar with. 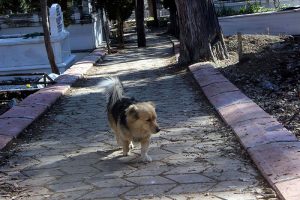 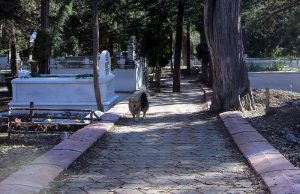 When Ali realized where Cesur was going, it just broke his heart. 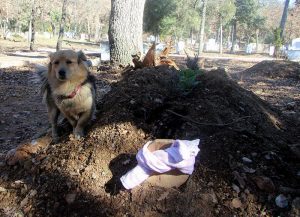 Cesur had led Ali to a cemetary, and then he stopped at Ali’s father’s grave.

For the last two years, the little dog was the faithful companion to 79-year-old Mehmet Ilhan. 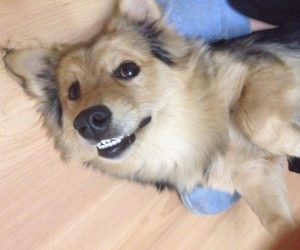 But when Mehmet was hospitalized, Cesur was overcome with grief. 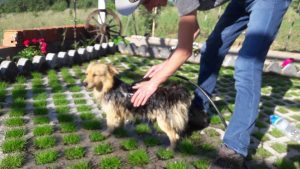 “Because of my father’s paralysis, they had a different kind of connection,” Ali told The Dodo.

When my father was in the hospital during his last days, Cesur stopped eating. 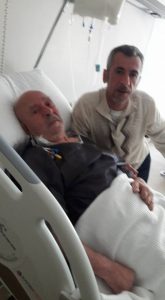 Then Mehmet passed away in January. When his body was brought home, Cesur stuck close by, refusing to be moved away.

Once the coffin was picked up, Cesur intently led the funeral procession. 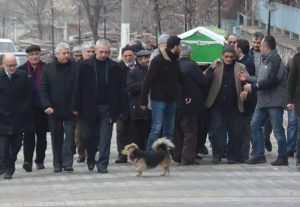 During the funeral, Cesur sat at the foot of the coffin, head bowed, looking desolate through the entire ritual. 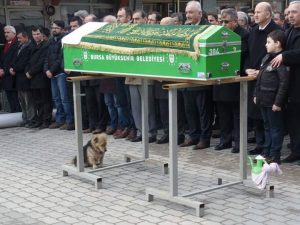 “Nobody could touch him until my father was taken to the grave and was buried,” said Ali.

As Ali discovered days after the funeral, Cesur was still mourning for Mehmet, and could not bear to part with him.

He had traveled through town to be able to sit by his friend’s side. 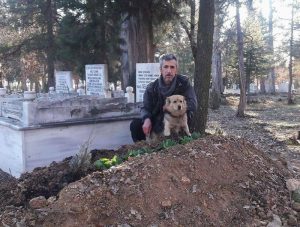 “The people who work in the cemetery say the first thing he does in the morning is visit the grave of my father,” said Ali.

Ali wasn’t sure how long the loyal dog would feel the need to grieve like this for, but promised to care for and be by his side.

“Cesur has always been a noble animal,” said Ali. He will live with me from now on. 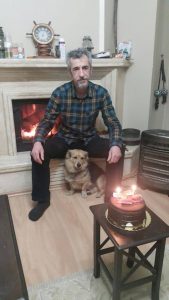