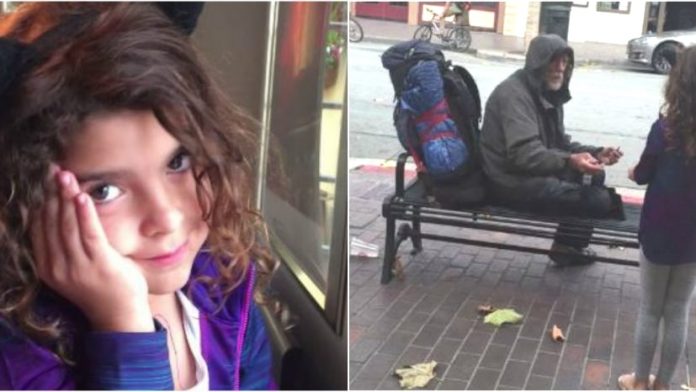 Eddie Scott and his 8-year-old daughter Ella were eating together at a restaurant in a seat by the window, when his little girl spied a man sitting on the bench outside just a few feet away from them. He was old and scraggly, and he was sitting alone while they were having their family dinner. Ella wanted to give him something. 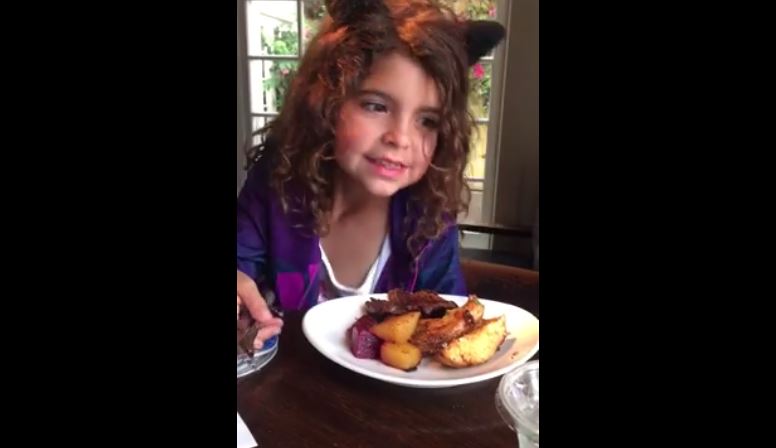 “Can I just give him…” she starts to ask, already trying to get up. Ella picked up her plate of steak and potatoes, as Eddie picked up his camera, curious at what his daughter was going to do. 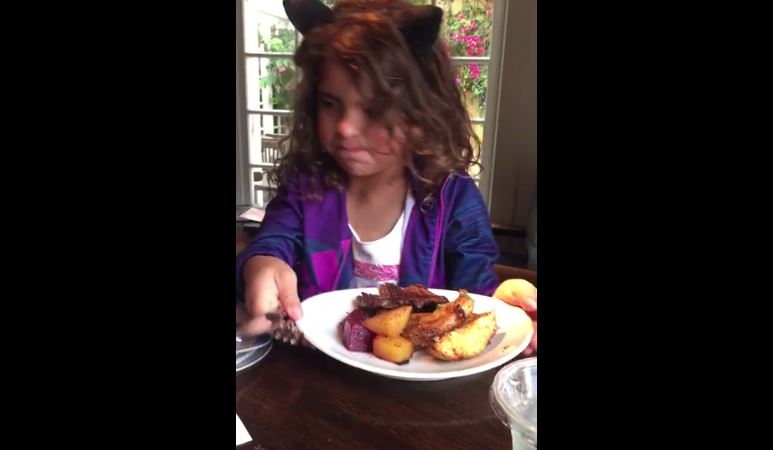 She walked right out of the restaurant, and then handed her fork and plate to the man sitting on the bench. 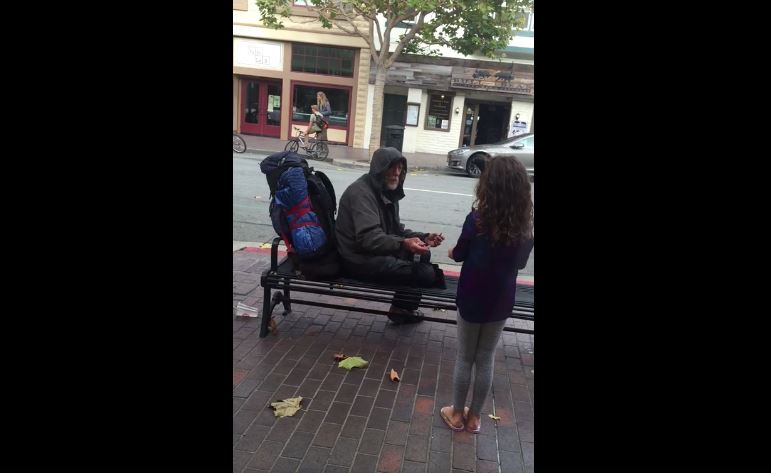 “That’s my girl right there, I just love her to bits,” Eddie said, watching from the window.

The man looked shocked, eliciting a laugh and warm response from Eddie. 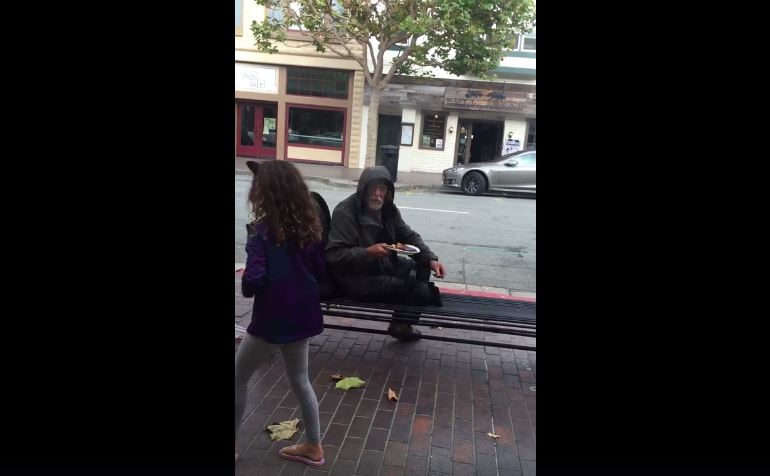 Ella was humble about it, scrunching up her nose and giving her dad a little smirk.

The adorable video went viral for good reason (now with 45 million views), and as a result, even major news channels broadcasted the clip of Ella’s act of kindness.

The father and daughter were also interviewed, and the little girl captured the heart of the nation.

“Ella has always had a big heart,” Eddie told TODAY. “Whenever we pass homeless people on the street, she always asks me for money to give to them.”

As the video went viral, the man on the bench was identified as David Salkowski—by his sister. Days after Eddie posted the video of his little girl to Facebook, he got a phone call.
An emotional woman introduced herself as Roseanne Salkowski. She cried through the entire half hour phone call, explaining that her brother had left home six months ago, and she hadn’t seen him since. Her brother’s name was David, he was 62 years old, and was a veteran suffering post-traumatic-stress-disorder. 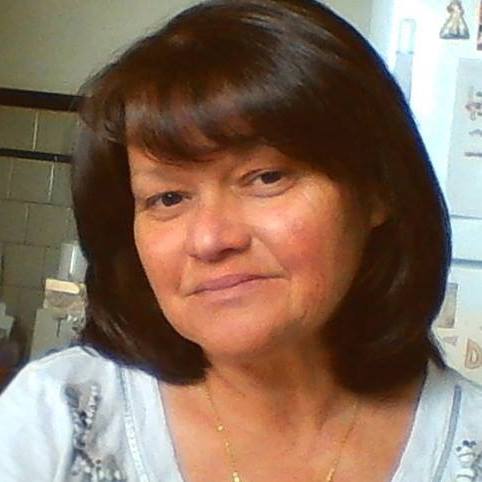 Roseanne had seen the video of Ella, and she was so relieved to see that her brother David was okay.

So Eddie took to Facebook to spread the message—now Roseanne is looking to reconnect with her brother.

“Ella learned an important lesson helping David. If anyone recognizes David please message me to reconnect brother and sister. David is originally from Philadelphia, he served his country and suffers from PTSD. Please please share this and reconnect Roseanne and David!!!!!!!!!!!” he wrote.