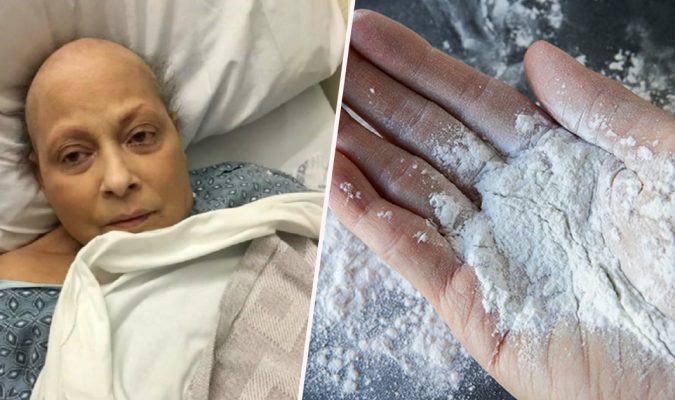 In August 2017, Johnson & Johnson Company was ordered to pay $417 million by a jury in California to a woman who claimed she developed an ovarian cancer after applying the baby powder regularly as a feminine hygiene.

Eva claimed that the talcum content of the product in which she has been used since she was 11 was the real reason that led her to having one of the most aggressive types of cancer for women.

The verdict made by the Los Angeles Superior Court after a month-long trial which resulted in $70m in compensatory damages and $347m in punitive damages. The company faces 4,800 similar claims across the country and has been warned to pay more than $300m after verdicts made by the juries in Missouri.

Eva claimed that Johnson & Johnson did not warn their consumers regarding the talc contents that lead to ovarian cancer when used as a feminine hygiene wash.

Mark Robinson, one of her attorneys made a statement to the Reuters, saying that “We are grateful for the jury’s verdict on this matter and that Eva Echeverria was able to have her day in court.”

Johnson & Johnson later made a statement, “We will appeal today’s verdict because we are guided by the science, which supports the safety of Johnson’s baby powder.”

In Alabama, a woman named Jacqueline Fox died of ovarian cancer after consuming the product for years. Her family in return was awarded $10m in actual damages and an additional $62 for punitive damages.

American Cancer Society explained that talcum powder absorbs moisture and aids in cutting down friction. Talcum powder has been widely used by people around the world including babies. However, talc in its natural form contains asbestos which may lead to cancer.

Research has also suggested that talcum powder can cause ovarian cancer if the particles travel inside the vagina, uterus and to the ovaries. The risk of developing ovarian cancer may increase if the substance is used at the genital area.