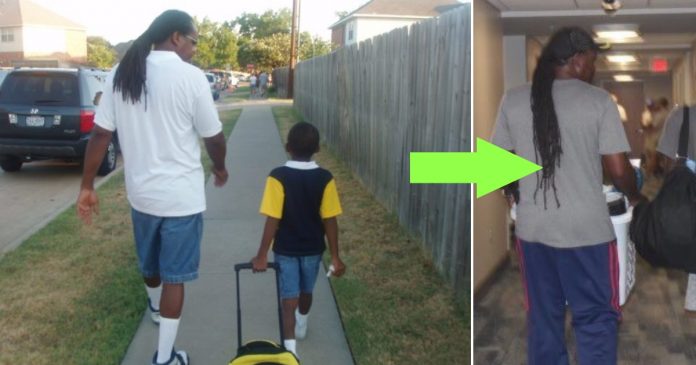 A college student, Charles Brockman III, praised his father’s actions for the commitment his father has given him in helping and guiding him through his cycle of life. He commemorates an important event by sharing pictures that touch the hearts of all the Internet users.

He uses social media as a medium to reward his father by posting his picture with his father that were on their way to the kindergarten.

Another picture shows his first day of schooling in Mississippi. The photos may have been taken for a decade and it cannot be denied that the love between them remains the same.

Brockman posted a picture on his Twitter account with a caption: “From the first day of kindergarten to college move in. Thank you Dad.”

The post was initially posted for his family and relatives. However, it has taken the internet by storm and has been shared over 60,000 times.