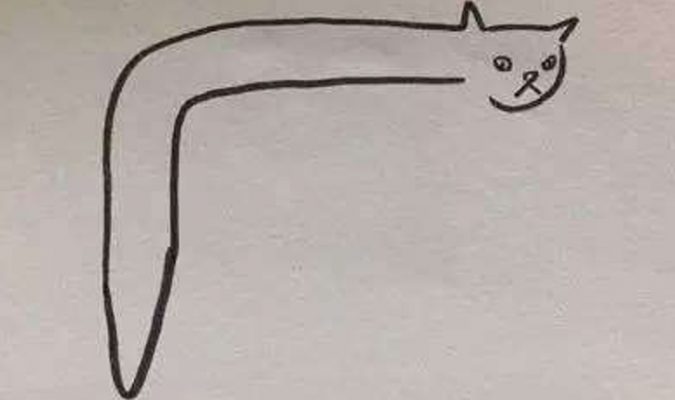 A young student gets a ZERO point from her teacher for drawing a cat. 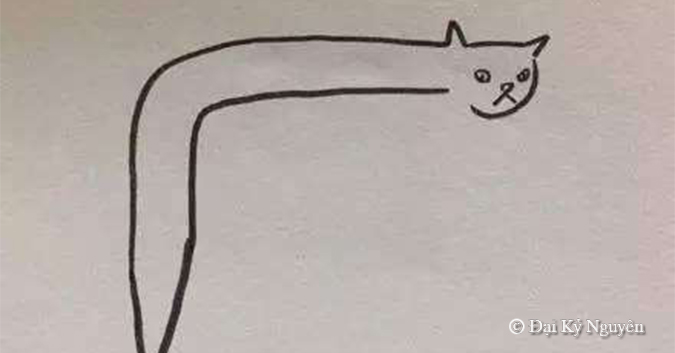 The teacher thought that this cat drawing doesn’t resemble the actual physical image of a cat. Apparently she was pretty right about it as most readers would have thought so.

But later, the student posted the actual photo of the cat to the Internet. 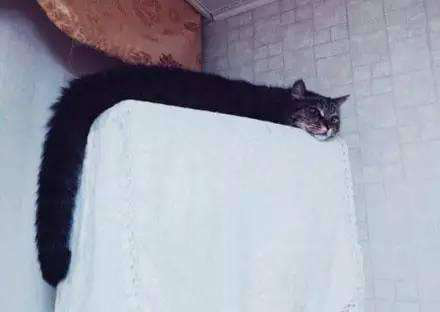 Since then, this cat drawing became viral and hot talking topics among Facebook users.

Most people think that the kid did a fantastic job for drawing the true resemblance of a cat and being absolutely creative in his drawing.

In fact, this kid has successfully drawn a cat which is at lazy state.

Cat is supposed to be lazy and lay back most of the time, and the teacher apparently did not understand cat’s behavior.

Some other lazy cat photos below: 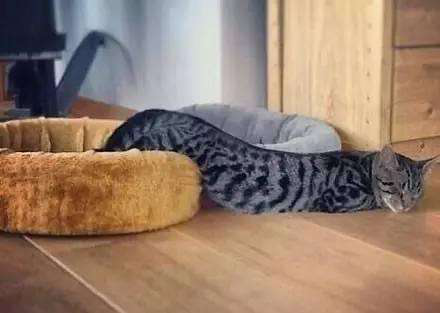 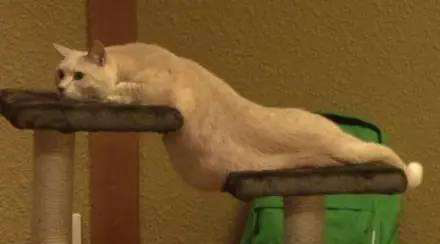 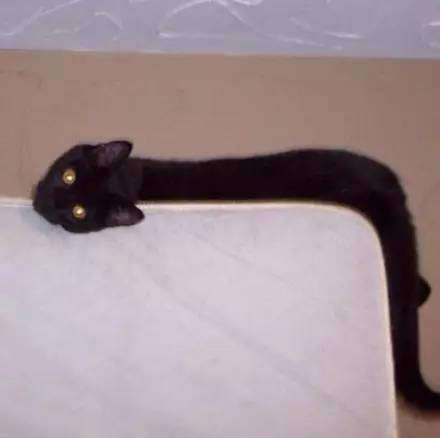 Disabled man runs his own car workshop and won medals in...