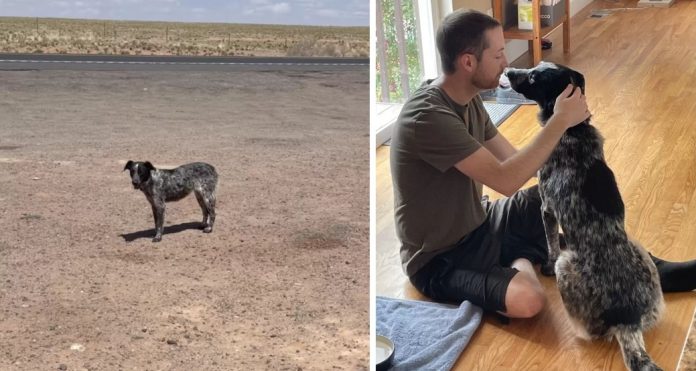 When a dog was dumped at an intersection on a busy highway, she has been living there since. She was very skinny and appeared sickly. Fortunately, a staff member from Soul Dog Rescue spotted her and attempted a rescue. The dog was hesitant and saving her was a challenge.

Joss, a name the rescuer gave the dog, appeared to be weak and was suffering from tapeworm infestation. Her only means of nutrition was from a kettle corn vendor who provides her with a handful of food from his cart whenever possible. He told the rescuers that Joss was not his and he has seen the dog in the area for weeks.

“She did not want anything to do with us, nor did we have a trap, which would have made life easier, but she needed help, and we weren’t leaving without her,” Soul Dog Rescue wrote on Facebook. “He said she’d been there for weeks and that he would give her a handful of kettle corn when he could. The kettle corn is probably what kept her alive.” 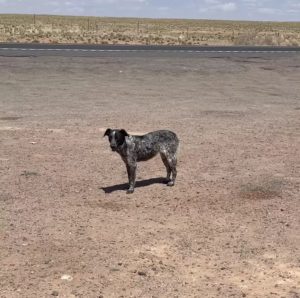 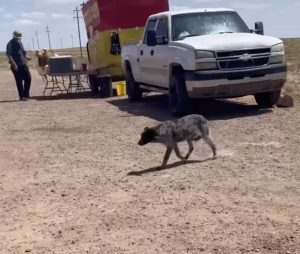 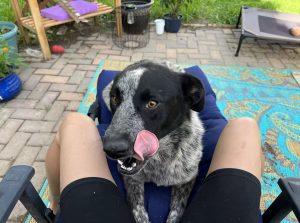 The hesitant Joss did not want to come near the rescuer at first but eventually approached her reluctantly when she provided her some wet food which she placed in a wire trap to capture her. “She did not want to come with us and did not seem happy to be caught,” Wirth said.

When Joss realized that the home she was relocated to came with delicious meals, she slowly opened up to her rescuers. Joss stayed in Wirth’s home and was welcomed by her family. She was able to recuperate from her illnesses. Wirth suspected that this may be the first time Joss had a home. She was nervous at first but eventually recognized her new “home.”

“Going inside was super scary for her,” Wirth said. “She had no idea what was going on. She was always, always, always hungry. The first week, I had to limit her food because she would just eat until she would explode.” 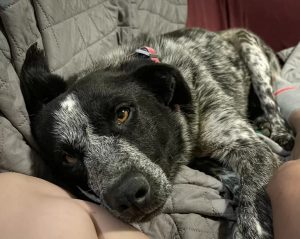 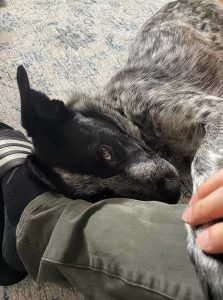 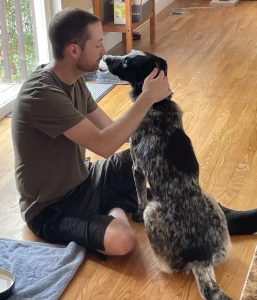 “By the end of the two weeks, she wanted to be everywhere with us, just following us around the house,” Wirth added. “I would turn around, and she would be there sitting and looking at me, just happy to be there and wanting to be around her people.”

A few weeks passed, and Joss was adopted into a new home, after assuming that her family was Wirth’s. The adoptive couple has recently moved into their new home and welcomed a new furry member, who they now named Coco. Coco is no longer the dog who lives on the highway but is now a member of a family who loves her. She has found her “forever home.”

“She is so happy and just loves being in a home,” Wirth said. Although she misses a certain dog named Joss, she is happy to know that Coco lives a good life now with her new family, where she really belongs.