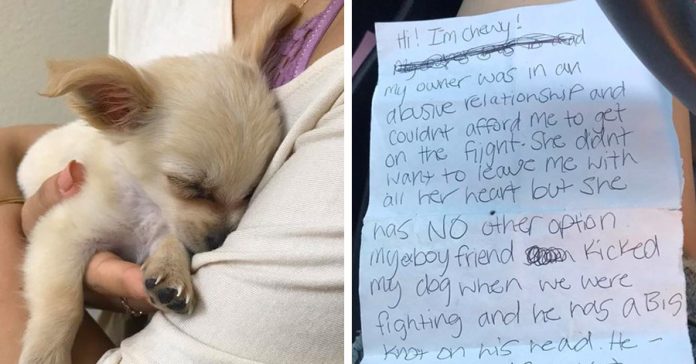 A tiny 3-month-old Chihuahua named Chewy was abandoned in an airport restroom in Las Vegas. Apparently, his owner was in a hurry to escape an abusive relationship with her ex-boyfriend and took a flight to leave Nevada for good. Along with the Chihuahua was a note written by the owner. Fortunately, airport staff found the dog and handed him over to a shelter. 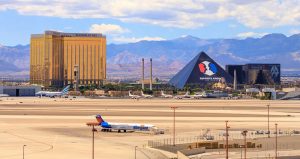 In July 2017, an airport security guard found the poor Chihuahua abandoned inside one of the restrooms at the McCarran International Airport in Las Vegas. Along with the puppy was a note written by his owner, stating that she was in a hurry to flee from an abusive relationship she was encountering with her ex-boyfriend. Due to the rush and stressful situation to flee Las Vegas, the owner had no other option but to leave the poor puppy and hope for the best that someone would care for and take him in.

The note, written from both the puppy’s and the owner’s perspective, read:

“Hi! I’m Chewy! My owner was in an abusive relationship and couldn’t afford me to get on the flight. She didn’t want to leave me with all her heart, but she has NO other option. My ex-boyfriend kicked my dog when we were fighting, and he has a big knot on his head. He probably needs a vet. I love Chewy sooo much. Please love and take care of him. XOXOXOXO.” 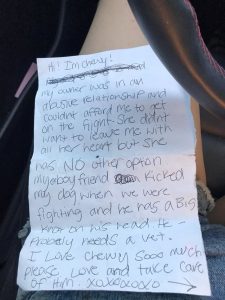 The security guard immediately reported the incident to the airport staff who reached out to a shelter that fosters dogs in need and senior dogs. Connor and Millie’s Dog Rescue (CMDR), a non-profit center, responded and took Chewy in. They rushed him to a vet and discovered that he needed medical attention for his head trauma.

Chewy recovered quickly. The staff of the shelter took photographs of the puppy and posted his story on their Facebook page, hoping to find a good adopter and give Chewy a ‘forever’ home. Many netizens who read their post left heartwarming comments, praising the woman for fleeing from her abusive boyfriend and doing the right thing to find a new family for Chewy. 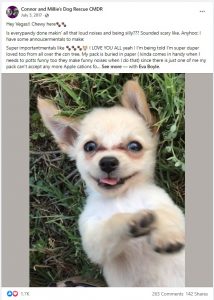 Darlene Blair, a staff member of CMDR, told News 3 Las Vegas, “This one really got to me. You could tell by the way the note was written that the woman was in dire stress, and she didn’t want to give him up, and she couldn’t take him with her.”

Chewy’s story has touched the hearts of many netizens, prompting them to post heartwarming comments on CMDR’s post:

“I truly hope she got on the flight to get away from the ex-boyfriend. I can’t imagine the struggle she had to go through leaving Chewy behind, but to have that much love and compassion for him is incredible. I hope she is safe where ever she is.” a netizen commented.

Another user commented: “How brave is that young lady!”

A third netizen also commented: “She did the right thing.” 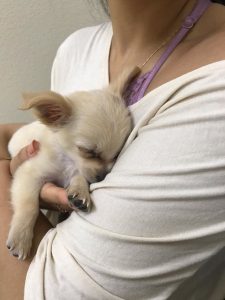 Many netizens also praised the courage that the owner had to hope for a new life for the puppy, despite feeling heartbroken for abandoning him. One of them wrote, “She was brave to leave and that he will have a great life.”

According to Fox 11, many people have shown interest in adopting Chewy by offering their homes to the puppy. CMDR has received many responses from interested people. 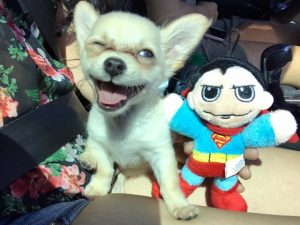 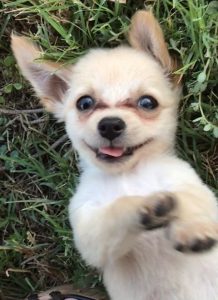 Fortunately, in October 2017, Chewy finally found his ‘FUR-ever’ home, where he is loved and cared for by his new family.