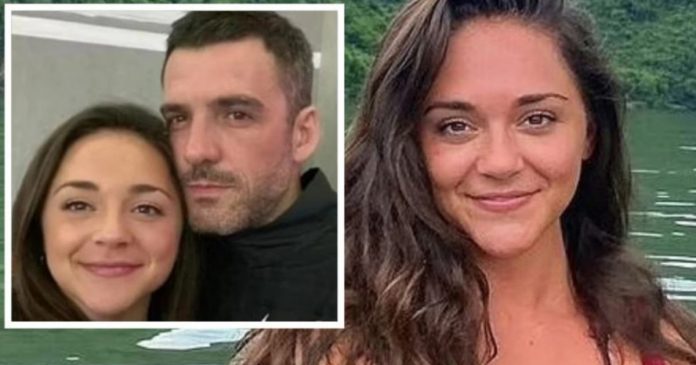 A man was stranded in China for 2 years due to the pandemic and the worldwide lockdown. There he meets his girlfriend, a US-born woman living in China. They dated for 2 years, and when the boyfriend said he was going to the UK to visit relatives, he never returned since. Desperately seeking her boyfriend, she later discovers that he had a wife and children living in Norwich, England!

26-year-old US-born Rachel Waters, living in Shenzhen, China, for work, met 40-year-old British man Paul Magee and had a relationship soon after. They stayed together for nearly 2 years and supported each other through the pandemic. They realized they had similar backgrounds and interests and soon fell in love.

When it was declared safe to travel, Paul claimed that he would be visiting relatives in the UK last April but has not returned to China since. Worried that something may have happened to Paul, Rachel resorted to a Facebook community in hopes that someone might know him personally and inquire about his whereabouts in the UK.

The full post in the Facebook community read: “My boyfriend, Paul Magee, and I live in Shenzhen, China. He went home (Norwich) at the beginning of April to visit and was supposed to be back in China by now. However, I have not heard from him recently and am worried something might have happened. If anyone knows of anything, please reach out to me.”

Some community members shared her post, hoping that someone who knew Paul would respond. As expected, a netizen who claimed to be Paul’s friend in Norwich said that he had a wife and children in the UK!

A friend of Mr. Magee’s partner from Norwich also replied: “Not really funny, is it. He has a Mrs. and children, and I really feel for her right now! And another girlfriend in China, it seems.”

A friend of the couple in the UK said: “Paul and his wife didn’t see each other for two years. He recently returned, and they sort of got back together. They have been separated and got children. They’ve thought, ‘Let’s give it another go’.”

People in Norwich who knew Paul claim that he has been working in Shenzhen, China, for the past two years and has been separated from his family for a long time. After returning to the UK, Paul hoped to start over with his wife, and the two recently reunited.

Upon learning the truth, Rachel immediately deleted her original post from the community and shared another update saying that she has ‘let go’ of the relationship. Additionally, she slammed Paul on Facebook, calling him a “Cheating B******!”

↓ ↓ Below are comments of netizens who supported Rachel through her heartbreak: ↓ ↓