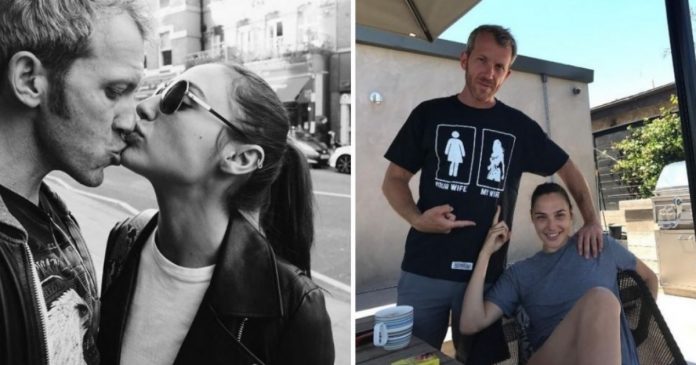 There is no doubt that Gal Gadot, who plays the DC superhero Wonder Woman, has become one of the most popular female celebrities to date. Her beauty easily captivates moviegoers, both male and female alike. She is also one of the trending actresses on the internet and has become the most “searched” star when her movie was released.

Behind the scenes is her husband of 14 years, whom fans are surprised to learn has been married to the beautiful actress. Since Wonder Woman was released in the theaters, Gal Gadot has become more popular than she already is, making men and women want to know more about the stunning celebrity. Soon, fans discovered that Gal is married and her husband has been the object of envy.

Gal Gadot is no stranger to moviegoers. She has played Giselle in the “Fast and Furious” franchise and has garnered attention since. She was well-received in the Wonder Woman and DC’s Justice League films. Fans admit that they have fallen for the gorgeous celebrity.

In 2004, she won the title of “Miss Israel” in a beauty pageant in her home country, though she deliberately did not want to win the “Miss Universe” title. She wore the wrong gown and was late for the pageant.

Four years later, in 2008, she married Israeli film producer and actor Jaron Varsano, and they had 3 daughters. During reshoots of the first Wonder Woman movie in 2017, Gal was 5-months pregnant with her second child, Maya. Fans called Gal a real-life superhero on and off-screen.

Fans candidly expressed envy and jealousy towards Gal’s husband and how lucky he is to be able to marry a ‘screen goddess’.

Gal’s husband Jaron may have heard of the jealous fans since he recently posted a photo of him donning a t-shirt comparing ordinary wives to his wife, who is Wonder Woman. The left side of the black t-shirt has a Wonder Woman symbol that says ‘My wife’ and on the right side is a symbol of an ordinary woman that says ‘Your wife’. The comparison t-shirt was custom-made, especially for him.

The couple does not hesitate to show how much they love each other, even in public. Although their photos on the internet make fans jealous, most people wish the couple well and a happy family life.

Here is a ‘never seen before’ footage of the couple’s wedding that has been released on YouTube: