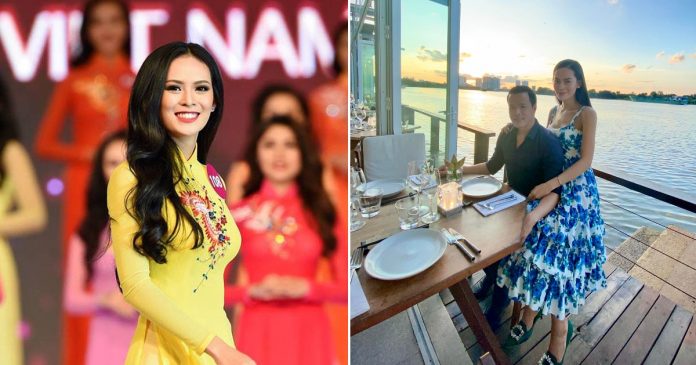 Dating apps have been a trend, especially for people who are looking for their “happy ending”. Some are lucky, and some are ‘still searching’. However, a lucky woman from Vietnam found her true love through a dating app. Although she later discovered that her husband’s identity is not what it seems, she claims that she is happy with her marriage.

The rise of the technology age has changed the lives of people around the world. Although it has been around for years now, high-end technology just keeps on evolving and rising non-stop. You will notice that people nowadays depend on their smartphones. A small gadget can help you browse the internet, play online and installed games, connect with family and friends in a different country through video calls, do online purchasing, and even find a “date” for the weekend. The possibilities are endless.

Dating apps have been trending for years now. Men and women who are usually busy rely on the app to find their perfect date. All they need to do is make a profile on the downloaded app, add a photo, then choose from thousands of users and message them if they agree to meet.

Many people are skeptical about the app. To them, it may be dangerous to meet strangers since people from all walks of life can easily make a profile, and some of them hide behind a sketchy scheme. Lonesome individuals find someone who can comfort them in stressful situations. Some people shy away from these dating apps, especially the conservative ones who have traditional beliefs. In general, these dating apps have been around for years and have been a benefit to most people looking for their ‘happy endings’.

A Vietnamese woman was successful in finding her happy ending through the dating app. Additionally, she discovered the most amazing thing about her spouse on the eve of their wedding, which made netizens exclaim: “She’s very lucky!”

According to the Vietnamese media eva.vn, a beautiful and intelligent woman named Phu Yen Sang Le wanted to help her family be lifted away from poverty. She was an excellent student who focused well on her studies. At the time, she never had dated nor had a boyfriend.

Sang Le competed in a Miss Universe Vietnam pageant in 2015 in hopes to help support her family. She was very glamourous during the pageant, though unfortunately, it did not please the judges. In the end, she only placed among the Top 15 finalists. The loss made her family fall into regression. Fortunately, Sang Le did not despair. She believed in the saying, “When God closes a door, somewhere He opens a window.” Sure enough, she met a man 16 years her senior named Viet Anh, on a dating app.

Sang Le and Viet Anh realized that they had similar interests, and their relationship went smoothly. They both lived a simple life and were very happy together. After 2 years of dating, Viet Anh finally proposed to Sang Le in 2017.

On the eve of their marriage, Sang Le discovered that her husband hid a part of his identity from her. She learned that Viet Anh was the son of “sugar tycoon” Tran Thi Thai, and her husband was a wealthy businessman! He was the heir to the largest sugar company in Vietnam. Additionally, there are several entertainment venues under his name. Initially, Sang Le was surprised about his real identity but learned to accept it since she loves her husband dearly.

After having 2 lovely children, Sang Le has maintained her youthfulness and beauty. She has participated in various fashion events such as the Vietnam International Fashion Week with designer Hoang Minh Ha and met Bao Nhu and Diem Huong. She had the full support of her husband in every event she participates in. In return, she accompanies her busy businessman husband when he travels for work. The couple is content with their marriage life.

Time flies so fast, and the couple recently celebrated their 5th wedding anniversary, sharing photos of their special day on their Facebook pages. The couple’s individual pages show so much excitement and happiness in their lives, especially with their two children, a son and a daughter. All the best wishes for the happy family!

Would you like to try your luck on a dating app? I know 2 or 3 friends who found perfect matches and are currently dating, and one of them is engaged! They say, “When TRUE LOVE comes, hold on!”