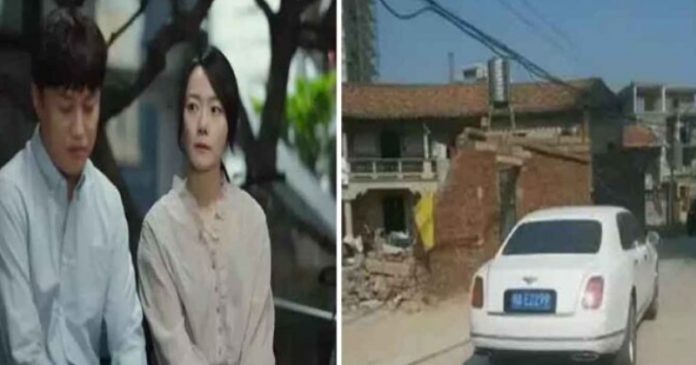 FATE comes to anyone, whether you are expecting it or not. If you want fate to be kind to you, be kind and respect everyone as to yourself, too. For every action, there is a reaction. What you sow, you reap in the end.

Long ago, a man revealed his heartbreaking story of how his wife decided to divorce him when she felt that they had no future together. After which, he resorted to working and decided to return to his wife’s hometown after a few years to prove to her that he progressed in life. What he learned suddenly broke his heart.

The man said: “This is the first time in five years after the divorce that I have come back to her hometown. It is still so beautiful, with green grass, red flowers and the smell of food cooking in the village! After passing the village chief’s house, the white orchid tree beside the house was still alive and growing. I also remember what my ex-wife said 5 years ago: ‘I don’t want to be with you. I want a divorce.’”

“When I recall those words, my heart still hurts!” the man continued. “It was our second year of marriage. If I remember it right, I fainted at work and was rushed to the hospital. I suffered from a serious illness that caused my family’s wealth to be consumed. My parents even had to sell the house for my treatment, but it wasn’t enough. Finally, my mother said that there was a distant relative who wanted to help by loaning us money, and I continued my treatment and finally recovered. I thought that if it weren’t for that help, I probably wouldn’t have survived.”

Recalling the past event, the man continued: “While I was recovering, my ex-wife asked for a divorce and took my newborn daughter with her! She said that she was afraid that my daughter would endure hardships with me in the future. And I also know myself because at that time, I also had nothing! She also confessed that another man had been waiting for her.”

In tears, the man said: “After the divorce, I stood my ground. With the help of relatives, I went to work in another city. In the beginning, I was only an employee. Then I finally started my own business. I kept thinking to myself, ‘as long as I have money, I can determine my own destiny! I swear, if I succeed, I will show my ex-wife that I can do without her too.’”

“5 years have passed, and I have now become a successful person. One day, I came to the village where my wife lives to show her! I came to the village in a luxury car. When I arrived at her house. I knocked on the door, but no one came out. Suddenly, an elderly man in his 70s approached me. I told him who I was looking for. The elderly man said: ‘The family who used to be here lived a difficult life. The grandpa and grandma lived with a granddaughter, and their daughter left at a young age!’”

“I’m very confused. I think I heard wrong. I hastily asked the elderly man, ‘Where is this family’s daughter now?’ He replied: ‘This family had a genetic disease. Unfortunately, the daughter suffered from it. Her parents had raised enough money for her treatment, but their daughter lost it, and she died a few years ago!’ Hearing this, I was really confused.”

“I’m confused. I don’t know what’s really going on.” The ex-husband said to the elderly man.

“My head went blank on the way to my home. When I arrived, I asked my mom what really happened to my ex-wife. My mother was crying and finally told me the truth. By that time my family had run out of money for my treatment, the distant relative who lent us money at that time was Huiqin (my ex-wife). The money is actually for the treatment of her illness. Since she didn’t want to burden me with this, she divorced me, convincing my mother not to tell the truth! After hearing my mother’s explanation, I was speechless.”

Little girl creates puddles inside her mother’s car and slathers the...