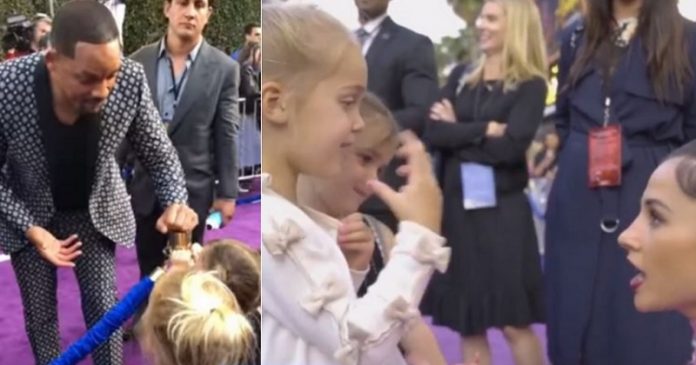 In 2019, Disney released a live-action movie entitled Aladdin, which was highly patronized by moviegoers from around the world. The cast gave superb performances that garnered high praises from both movie audiences and critics alike. Among them was Hollywood actor Will Smith, whose role as “the Genie of the Lamp” stood out in the movie.

Will Smith is one of the most highly-paid actors in Hollywood, according to Forbes magazine. He was nominated for Best Actor at the Oscars for his roles in “Ali” and “The Pursuit of Happyness.” Also a hip-hop singer, he is supported by many fans from all over the world. However, when news came out that he was confirmed to play the “Genie” in the live-action film Aladdin, a wave of criticism spread all over the internet, and some people could not believe that he could play the role well.

When the film finally was released in the theaters, moviegoers witnessed Will’s excellent acting skills as the Genie and were able to eliminate everyone’s doubt and speculations. Due to this, they have forgotten his peculiar aqua blue body color and focused on his comedic role.

Will Smith’s admirable acting skills have been embedded into people’s minds and his fans’ hearts. In 2019, when Will attended a film premiere of Aladdin, 2 little girls who were avid fans of the story caught his attention and asked, “Where’s your magic?” Will Smith is very good with children and is very careful not to destroy their expectations since he discovered that the two girls were “too focused” on the story. His witty answer to their question amazed the two girls, and he even offered for them to meet Princess Jasmine.

The short video clip of Will entertaining the 2 girls went viral on social media platforms.

During the media interview at the movie premiere, the 2 girls frequently called his name. He turned around and excitedly entertained them, approaching them for a small chat. The 2 curious girls suddenly asked, “What about your magic?”

Hearing the straightforward question from the girls, Will did not display a sign of panic. Instead, he gave them a witty answer, “I can’t use my magic coz people can’t know I’m a genie. So I have to pretend that I am a regular person when I’m in public sometimes, because people get scared of genies and stuff like that, but we know what it is. But I just can’t show it in public.”

The short video clip has garnered 144k reactions, 3.3k comments, and 2M views on Facebook, as of late. People are moved and have praised Will Smith’s friendly nature. It is not surprising that the Hollywood actor is popular, and not only due to his overwhelming achievements.

“The question is really difficult to answer, but his response is spot on!” said a netizen on one of the comments.

Will Smith’s fans couldn’t help but say that he is really a perfect dad with his 3 children, Trey, Jaden, and Willow, and some children who admire him think that it must be very happy to be his child!

Will Smith’s true nature is reflected on and off-screen. People who know him personally and fans who have seen him candidly in person claim that he is truly a role model as a husband, a father, and a human being.

A Brave Woman from India was Dragged Deep into the Forest...