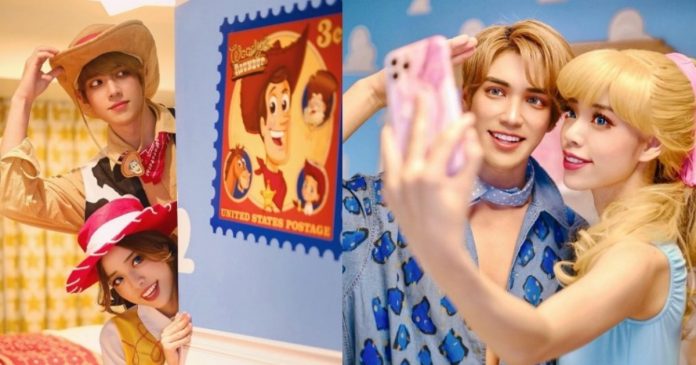 Back in the day, a young girl’s dream is to own an authentic Barbie doll. A shelf full of different styles of Barbie dolls can be seen in toy stores around the world. Barbie’s partner, Ken, can also be purchased individually or alongside a Barbie doll for a discounted price. These dolls even come with a dollhouse which is sold separately. Young girls spend hours playing with their Barbie and Ken dolls, and their creativity manifests through the stories that they pretend their dolls are into. Since its launching in 1959 by Mattel, Inc., women young and old have collected various styles of Barbie dolls.

Since their launching, Barbie and Ken dolls have been the favorite all-time presents during Christmas or birthdays. New styles of the dolls have been released as the months pass, and each new release does not stay on the store shelves for long. On the other hand, young adults have another way of showing their enthusiasm for the famous dolls from Mattel, Inc. When Cosplay began in 1984, these youngsters began dressing up as their favorite characters, either from a cartoon or a book or any character they want to portray.

Recently, a famous Japanese couple went viral with their photos of their rendition of Barbie and Ken on their Instagram pages. Netizens are amazed, and most of them left comments claiming, “It’s so realistic!”

The couple is famous in Japan. They have been known for their accurate depiction of any character they intend to portray. As Barbie and Ken, they were able to accomplish the exact “look” of the 2 famous dolls. From the clothing to the make-up, even to the colored contact lenses they wore to match the dolls’ eyes. Check out their Instagram accounts here: @mrkunmrmr___ and @simpsons0628.

In the photos they have shared on their accounts, they matched the same outfits as the dolls. The young woman dyed her hair blonde to match Barbie’s long hair. Their impeccable rendition of Barbie and Ken can transform the fairy tale environment into reality.

According to foreign media reports, the young couple stayed at the Tokyo Disney’s Toy Story Hotel, and shared photos online to provide their followers a “feel” of their characters that matched the theme of the hotel.

The young couple was able to achieve the perfect images of Barbie and Ken, much to the amazement of their followers and other netizens. Their photos are very realistic that you may seem to be transported into a world of live-action Barbie movie.

The young couple has portrayed other characters in Tokyo Disney. Thanks to the ambiance of the Toy Story Hotel, the couple have embodied other cartoon characters, as well. They have portrayed Woody and Jessie from Toy Story. Photos taken from a Toy Story-themed room, it is enough to mention that they take their cosplay skills into a high level.

This couple is in Tokyo Disney daily, and they love their job as cosplayers. Whether it’s Disney princesses, clowns, or Harry Potter characters, they depict their characters to new heights. Each of their works has its own unique elements. It is no surprise that they have so many followers on Instagram.

These two cosplayers are not shy to display their characters since they are skilled in portraying their icons. Their ensemble is credible enough to be in covers of magazines.

If you want to see more of their works, you may follow them on their Instagram accounts.

Although these two youngsters can achieve the character perfectly, they both admit that it is not an easy job. To accomplish the best of their character image, meticulous preparations are done.