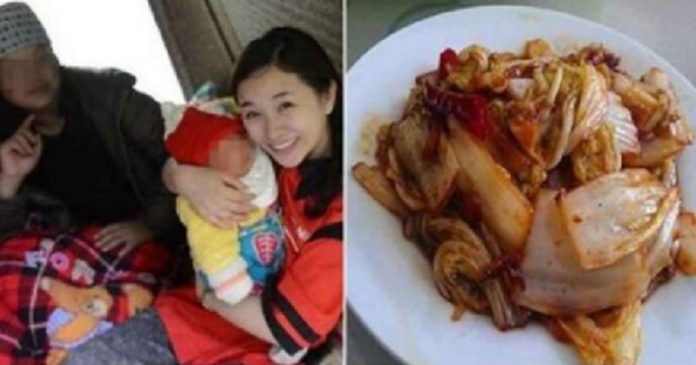 A man and his older sister belong to a simple family. They had a happy childhood. Their parents were technicians at a factory who always worked hard and never bothered other people. Their parents were thrifty with their money savings. Although their family did not have much money, they were contented.

One midsummer night, their father brought home a big fresh watermelon. When it was sliced into pieces, it was ripe and tasted delicious. Their parents did not eat a slice of the fruit. Instead, they gave all the slices of watermelon to their son and daughter.

Years passed, and the son married a virtuous and wise woman, while his older sister married one of her seniors from school. After they graduated, the family discovered that the sister and her fiancé will marry in another city. Although her parents disagreed with the plan, their daughter insisted since she and her fiancé were very much in love.

Finally, her parents agreed to the marriage since they met and realized that their son-in-law was a good man. Though after the wedding, their daughter’s in-laws did not buy the newlyweds their own house, so they were forced to live with them.

Years have passed, and the family did not hear any news from their daughter, and when they did, she never spoke ill of her in-laws. Although, the family knew that she was only “saving” her in-laws from humiliation.

One day, after the daughter gave birth to a baby girl through C-section, she returned to her in-laws’ house to recuperate. Her family back home took the train to visit her and her new baby.

When the daughter’s family arrived, her mother-in-law was frying cabbage for lunch. To their surprise, the in-laws knew that many people were arriving, but she only cooked fried cabbage. Is this the only food she served at their home?

The brother of the married woman finally asked her in-laws regarding his sister’s recuperation. He discovered that the mother-in-law only cooked fried cabbage daily. Nothing else.

The brother felt angry and argued with his sister’s in-laws. The mother-in-law replied: “They live in my house, eat my food, use my things, and don’t pay rent. How much money do they have? Besides, vegetables are good for the body. Cabbage is nutritious. Chicken and duck meat are not healthy. It is better to eat cabbage for a healthy body.”

Hearing those words from the mother-in-law, he turned to his sister and said: “Your life here is not what you expected. At first, you weren’t allowed to marry into this family, but you insisted, and now you are living a miserable life!”

Having said those words to his sister, he had a small discussion with their parents, and they loaned US $47,000.00 (around 300,000 yuan) from their savings and told their daughter’s husband to buy a decent house. Their daughter also collected their own savings of US $12,500.00 (around 80,000 yuan), and the couple was able to make a downpayment, with the help of the brother, who found a good house for the couple.

When the married woman’s family returned to their hometown, the brother asked a favor from his wife to stay with his sister while she continues recuperating and taking good care of her, and his brother-in-law did not complain.

Before the woman’s brother left, he said to her: “Sister, the house is in your name. If brother-in-law treats you badly, please report it to us immediately.”

The brother’s wife is also virtuous and kind. The woman’s husband promised to pay the loan. Through the years he became very successful and took over several company projects. Soon, he was promoted to department manager and paid back his wife’s brother.