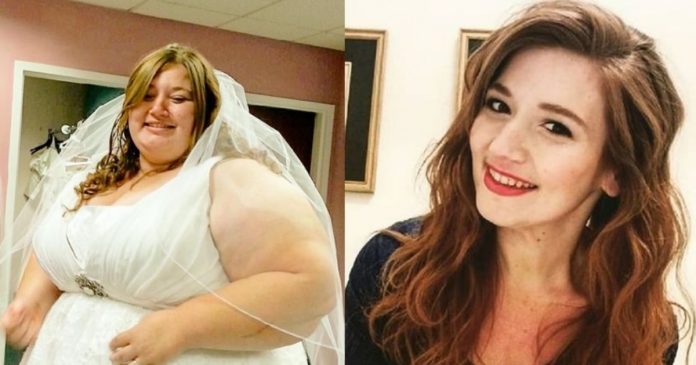 Weight loss is definitely a struggle for anybody. People always said that it is easier to gain weight than to lose it. This is somewhat true since you only have to eat to gain weight. Losing weight, on the other hand, is having to face the temptation of eating… and this is done NOT without difficulty.

A woman from Indiana, USA have successfully lost weight after she married her husband. She was determined to look beautiful and fit for him, relying on regular exercising and healthy eating habits. Managing to lose 142kgs., she became the beautiful wife she always dreamed of and her photos became viral on the internet. Though recently, her husband posted a photo revealing that she is in a coma in an ICU, shocking her millions of followers on social media.

According to Daily Mail UK reports, Lexi Reed, 31, and her husband Danny married in 2015 and rose to fame with their weight loss adventure stories that inspired millions of people undergoing the same dilemma. Initially, the couple’s combined weight is 347 kgs. Lexi, whose weight was initially 220kgs., dropped to 78kgs. after 2 years, a full 142kgs. drop. Her husband Danny dropped 43kgs. The couple headed to the gym 5 to 6 days a week, quit eating fast food and made it a habit to cook their own food at home.

In 2017, Lexi Reed wrote on her social media, “We don’t have a diet plan, surgery, or personal trainer, but we have each other and the motivation to keep working hard every day. At first, he didn’t expect to lose weight in a short period of time.”

Lexi was very grateful for all the support her husband has been giving her throughout the weight-loss journey.

Lexi continued to share her weight-loss journey on her Instagram page, which has 1.21 million followers. Last year she posted a series of comparison photos of her original weight and her new figure, though she regained some weight during the pandemic. She reveals that she is happy now and will continue her journey to a healthy lifestyle, citing that she will never return to her original weight years prior.

However, on February 10, Lexi’s husband Danny posted on her IG account, news that shocked her followers. A photo showed Lexi lying on an ICU bed, in a medically-induced coma, with wires and tubes attached to her and regularly receiving Dialysis treatment. Lexi has been experiencing organ failure. The doctors told Danny that if he had not sent Lexi to the hospital immediately, it could have claimed her life. Danny also sought help from netizens and set up a GoFundMe page for Lexi.

Though reports and researches say that rapid weight loss can lead to kidney failure, it is unclear if this was the real cause of Lexi’s condition. Danny posted an update that Lexi has been fighting to recover and thanked all the netizens for their help and prayers.

“Getting her back to health is the most important thing,” Danny Reed concluded.