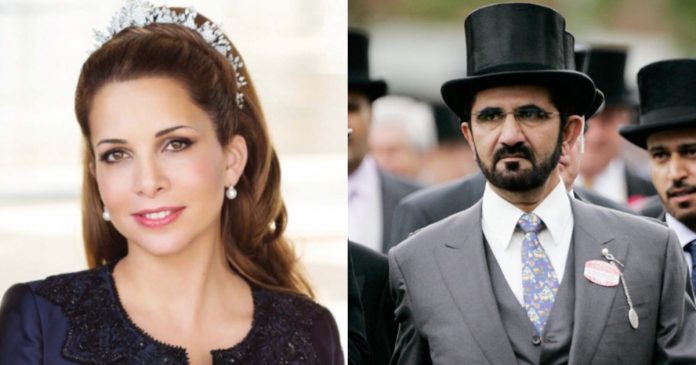 Princess of Dubai, Haya bint Hussein, and her two children have finally escaped from her former husband’s control and are awarded $756,000,000.00 in alimony. Princess Haya assumed she has married for love, finally realized she has stepped into the cage of her controlling husband, Sheikh Mohammed bin Rashid Al Maktoum, the Vice President and Prime Minister of the United Arab Emirates (UAE).

By the last quarter of 2021, the billionaire Sheikh was ordered by the court to pay his sixth and youngest wife and was the highest alimony in history paid in a divorce settlement.

A part of the money will also pay the 47-year-old Princess’ jewelry and horses used for racing. Princess Haya will be hiring security for her and both her children.

It was revealed that the Princess and her two children had lived extravagant lives owning pets, ponies, and luxury cars and bringing her children to high-end schools. She also hired nurses and nannies for her and the children.

Sheikh Mohammed will be handing over gifts that the Princess received from celebrities, and among them are ballet shoes from Dame Margot Fonteyn and ballet legend, Rudolf Nureyev.

The £10billion-worth Sheikh Mohammed married Princess Haya at the Al-Baraka Palace in Amman, Jordan, in 2004. She is the daughter of King Hussein of Jordan. They have a daughter, 14-year-old Jalila, and a 9-year-old son, Zayed. On February 7, 2019, the Sheikh divorced the Princess under Sharia Law (Islam’s legal system. It is derived from the Quran, Islam’s holy book, as well as the Sunnah and Hadith).

The court hearings were held in London as both parties have large properties in the U.K. Sheikh Mohammed owns Darley Stud, near Newmarket, Suffolk, while Princess Haya owns the London house and a country mansion in Egham, Surrey. The Darley Stud is famous around the world for its biggest horse-breeding operation.

During their court hearings, the princess is represented by the U.K.’s most feared divorce lawyers, Baroness Shackleton, whose clients were Prince Charles and Sir Paul McCartney. She claimed in these hearings that she feared for her life and her children’s since the Sheikh was reported to have kidnapped two of his other daughters, Sheikha Latifa and Sheikha Shamsa, forcibly returning them to Dubai.

Upon learning about this, Princess Haya took her children and fled to the U.K. because her husband, vice president, and prime minister of the UAE, terrified her and she was scared for her children, too.

Sheikh Mohammed denied the allegations of his daughters’ abduction, and in his defense, he wrote a poem supposedly about the Princess and a British ex-Army bodyguard when they allegedly had an affair. The title was You Lived, You Died.

When both children have graduated from universities, Princess Haya will receive $7,480,000.00 (£5.5million) annually for the rest of her life with both children receiving the same amounts.

The court finalized the budget to be received by the Princess and her children when the most senior family judge in England, Sir Andrew McFarlane, discovered that during their toxic legal battles, Sheikh Mohammed ordered the hacking of Princess Haya’s phone.

In October of last year, Sir Andrew discovered that the judge has given his “express or implied authority” when Princess Haya’s phone had spyware, so with her lawyers’ phones. The Sheikh denied claims of the hacking, though Sir Andrew ruled that he “ordered and orchestrated” his two daughters’ abduction that Sheikh Mohammed kept denying.

Mr. Justice Moor said, about the princess and her children’s security: “Given their status and the general threats of terrorism and kidnap faced in such circumstances, they are particularly vulnerable and need water-tight security to ensure their continued safety and security in this country. Most importantly in this regard, the main threat they face is from Sheikh Mohammed himself, not from outside sources. He has always ensured his children are provided for. He does not intend to comment further.”