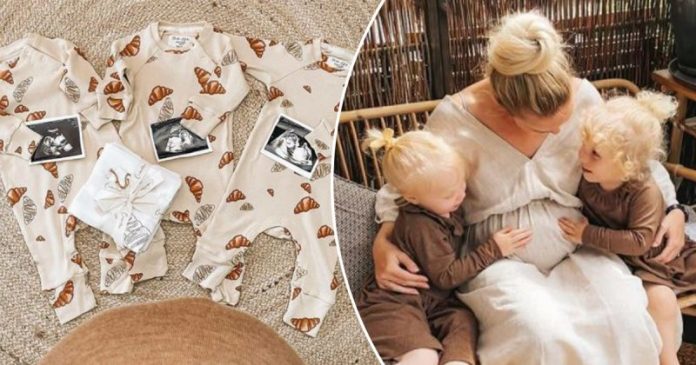 Most mothers (and even fathers) yearn to have twins in the family, especially identical ones. Some twins are born fraternal. Though we all agree that twins always give us double the happiness. Twins take most of our time, and we should double our efforts to raise them well.

In 2018, a woman from Denmark gave birth to twins who showered happiness to the family.

Initially, Michella Meier-Morsi and her husband, Mark Morsi thought that the twins were enough for them. But, it seems that fate had something more in store for the couple.

On her second pregnancy, they were stunned to realize that they were going to have triplets! The couple discovered this during an ultrasound check-up.

Michella has given birth to male triplets on January 15.

“They were born into the world through ‘Caesarean’ section planned by a doctor,” Michella said. “It’s scary because my body can’t handle anesthesia well. And unfortunately, my previous experience of anesthesia on the spine during childbirth had an effect I will never forget.”

The triplets were born in good health and perfect condition, weighing 2.27, 2.62, and 2.77 kilograms, respectively. Although the normal weight of a newborn baby is around 3.4 kilograms, 2.49 kilograms to 4.5 kilograms is considered normal.

“I can’t describe how happy I was to be able to go home with my three sons, who were previously inside my belly,” Michella said.

Usually, twins or triplets are identical, and more often than not, they are of the same gender since they share the same genes they inherited from their parents.

Generally, the baby’s gender is determined when sperm cells from the male are fertilized with the egg cells produced by the female reproductive organs.

Fact: Identical twins come from one egg, which is from the mother, then they split into two, three, or even more.

The combination of chromosomes that happens during the fertilization process will result in the gender of the fetus. When they split after a few weeks during a woman’s pregnancy, they usually result in identical twins, or maybe fraternal.