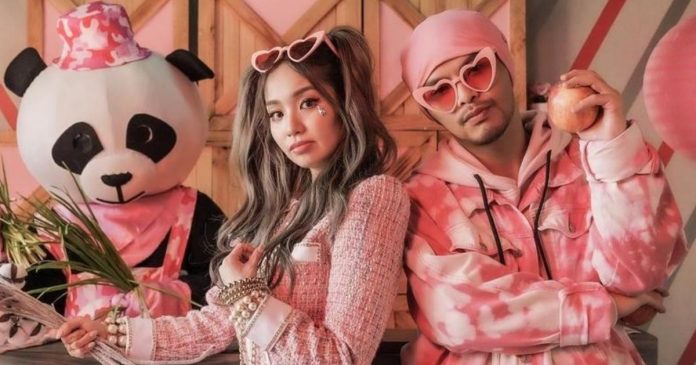 Wee Meng Chee, a.k.a. Namewee, from Malaysia, has once again been banned from Weibo, a Chinese social media site. His new song seems to hit on the Chinese government and ultra-nationalistic Chinese, though not a word of China has been mentioned in the lyrics.

The new hit song was a duet between Namewee and Australian singer Kimberley Chen, both of whom are well-known in the Taiwanese entertainment industry. The title of the song is Fragile.

According to 38-year-old Namewee’s post on Facebook, “Fragile” made it to the top of the charts in YouTube’s list in Taiwan and Hong Kong on Oct. 19, while it went to no. 3 and 4 in Malaysia and Australia respectively. On Oct. 26, it topped Singapore’s music list.

In a comment, Wee proudly announced that the song hit 10 million views in just 6 days from its release. The music video since then garnered over 35 million views on YouTube, had 656,000 “Likes” and 202,000 “Comments”.

On the music video’s page, Wee described the song in the description section as romantic and sentimental. It also contained “pink” elements about a group in China characterized by extreme patriotism called “little pink”, who react aggressively towards people who make comments online and are deemed unpatriotic towards China.

A link to his new Weibo account was shared in the comments section by Wee, telling people to follow his account, though as this article is being written, the link is inaccessible.

In the past few days, links to his new song on Weibo showed no results in search engines, which was supposedly shut down by the Chinese social media site’s censorship conditions.

Although China was never mentioned, many netizens who have heard the song assumed some of the lyrics were about the nationalistic group “little pink”.

Seeing three sensitive words in one sentence was the obvious “poke”. Wee emphasized the words “cotton”, “honey”, and “common prosperity” in the song’s subtitles.

“Cotton” was subtly referring to Xinjiang cotton and forced labor allegations, while “honey” was subtly making fun of Chinese President Xi Jinping for his resemblance to “Winnie the Pooh”, the honey-loving cartoon character. “Common prosperity”, on the other hand, is a policy idea pushed by the Chinese Communist Party as a way to reduce drastic rich-poor gaps in the country.

The word “leek” or “chives” is an online slang word often used to describe ordinary Chinese citizens who are under the mercy of the Chinese government, and is used to take the emphasis of their insignificance against the all-powerful government who exploits them by “harvesting the chives”.

As for the panda bear in the background of the video, a panda is China’s ‘national treasure’, it served as sort of a moving decor throughout the video and can be seen waving stalks of chives during the second chorus portion.

Rude and Thoughtless on the comments

Many of Wee’s fans have praised his courage and creativity for releasing a song that people assumed made fun of the Chinese government and the nationalistic group, Little Pinks. Most of them expressed their enthusiasm to listen to his songs every day.

However, some netizens were offended and commented that the song was obvious of its real intentions and called it “rude” and “thoughtless”.

“Whatever song you sing doesn’t affect China’s growing prosperity, but look at you guys… Contribute more to your country if you have the time, don’t keep dissing this and that, it’s meaningless,” another viewer commented.

A netizen shared the video on his account on Douyin – TikTok’s alternative app in China – and commented about it. The next thing he knew, his account got banned!

Not his first ban on Weibo

This is not Wee’s first time to get banned from Weibo, his first was when he shared “eight recommendations” for the Taliban to strengthen their rule, all of which were about China’s policies.

Although the post did not mention China, many netizens interpreted his post as insinuating the situations happening in the country and this made them furious.

One of his recommendations was that the Taliban should “set up their own official news sites, messaging apps, and social media to broadcast official news, and tell the citizens that those criticizing them are fake news fabricated by evil foreign powers”.

At the time of Wee’s first ban, a Facebook group called “China is about to become the world’s number one superpower” celebrated his ban and named him a “traitor to the Han people”.