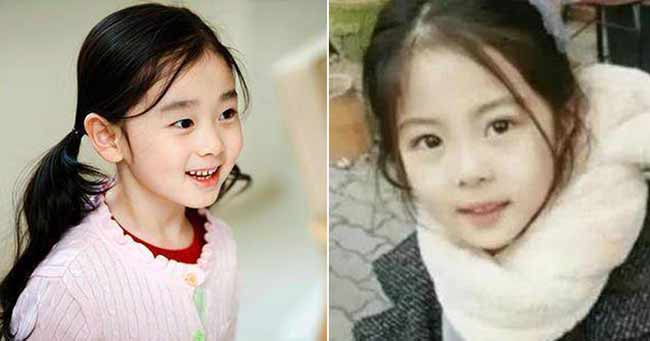 Xu has a five-year-old daughter. Her face was very delicate and beautiful, with her large doe eyes and double eyelids.

When everyone saw his daughter, they praised that she was born with natural beauty.

However, Xu was not too convinced about everyone’s praise. He started to have suspicions. It turned out that Xu believed that his daughter’s outstanding facial features were not up to par.

He and his wife both have single eyelids, but after the child was born, she was with double eyelids, Xu was even more confused.

Even though Xu had discussed this matter with his friends, they knew his features as well, so some rumors spread around about Xu.

Seeing that his daughter is getting more and more beautiful, he grew even more unhappy and raised more suspicions, even this incident has made him more doubtful now. So, Xu has decided to take the child for a DNA test.

Finally, Xu’s suspicion was confirmed, the results of the examination showed that the daughter he has known was not related by blood. He took his daughter’s DNA test report with him and went home to question his wife. However, his wife said that she had never cheated on him nor had any relationship with any other man.

They both decided to take their daughter for a blood test together and found that she was completely unrelated to them.

Both Xu and his wife were so shocked when they learned the truth, they really couldn’t believe that the child who is with them had been raised for five years was not their own flesh and blood.

Consequently, there was no doubt that the child had been switched at birth in the hospital.

Even though baby-swapping in hospitals only happens in TV soap operas, there are so many babies born in the hospital every day, and something similar could likely happen in real life. Incidents like this, though, rarely happens.

Therefore, to avoid such a tragedy, parents should pay special attention to these points:

Some children are born with distinguishing birthmarks, that is, if the child has a visible one, the parents must remember the specific shape and location of the birthmark.

In the hospital, the child will be carried by a nurse for various examinations, if not noticed, it could be accidentally swapped. Birthmarks are the best way to recognize your child from the rest.

Although the nursery at the hospital will provide a bracelet for your newborn that contains information about the child after it is born, there are incidences that the bracelet falls accidentally during a bath or examination. Though it happens rarely, this is one way to accidentally switch a child.

Therefore, parents should pay attention to the child’s bracelet and inspect it if it is loose. In addition, you can put a small tag on your child if he/she feels comfortable wearing several easily distinguishable items.

3. Do not leave the child under any circumstances‎

The easiest and most direct way to protect your child from being swapped is to stay with them at all times. Whether the nurse is bathing, checking, or vaccinating, parents must follow all the processes to prevent the child from accidentally being switched.

Every child is the heart and soul of a parent, and children are the best gifts in life. Therefore, after a child is born, parents must be extra careful so that tragedies do not occur such as what has happened in the story.

American guy uses peeler to open a rambutan—Asians are furious