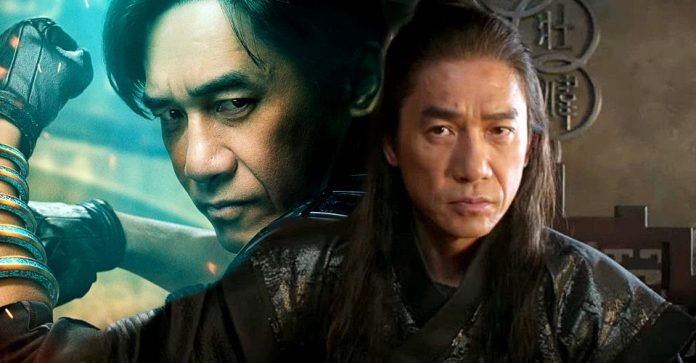 After Marvel’s first Chinese hero movie “Shang-Chi and the Legend of the Ten Rings,” (referred to as Shangqi) was released in North America, Hong Kong, and Taiwan recently, the box office status and news immediately went viral. Foreign media have praised Tony Leung, who played the role of “The Mandarin”, for his superb acting skills.

It is rumored that his salary for the said movie is as high as US $7,500,000.00 (about NT$210 million), which is far better than the price of many Marvel superstars’ first films.

According to the “Hong Kong 01” report, Tony Leung recalled the experience of joining the Marvel movie for the first time when interviewed recently. He revealed that his agent in the United States told him that Marvel had a supervillain which he was asked to play, but in fact, for many years he only worked with acquaintances. Leung was on vacation, and said he could not get out of his comfort zone, and kept avoiding the invitation. The appointment was rejected, though his wife Carina Lau, who was also an agent, convinced and urged him to reply to the inviting party, prompting him to contact the director, Destin Cretton.

Tony Leung revealed that after approaching director Cretton, he learned that he was inspired by the movie “Crouching Tiger, Hidden Dragon” and wanted to pay tribute to the Hong Kong-produced action film. During the negotiation process, Leung felt very good. He always believed in his intuition and felt that the other party was sincere and trustworthy, “So I took this movie.”

Tony Leung’s performance as “The Mandarin” in the Marvel movie for the first time did not disappoint the audience. After the film was released, praises were overwhelming. The film review website Rotten Tomatoes was praised by 92% freshness. Tony Leung was praised by foreign media as “the best performance in Marvel history,” and the box office also succeeded in various countries. Even the Chinese Canadian actor, Simu Liu, who starred in “Shang-Chi”, also breathed a sigh of relief, joking on Twitter and mocking people who bashed the movie.

According to the report, Tony Leung’s remuneration was far better than Robert Downey Jr.’s, who appeared in “Iron Man.” The $7,500,000 pay is dozens of times higher than his usual rate, though only second to Oscar winner Cate Blanchett, who played the villain Hela in Thor: Ragnarok, who received $12.5 million.