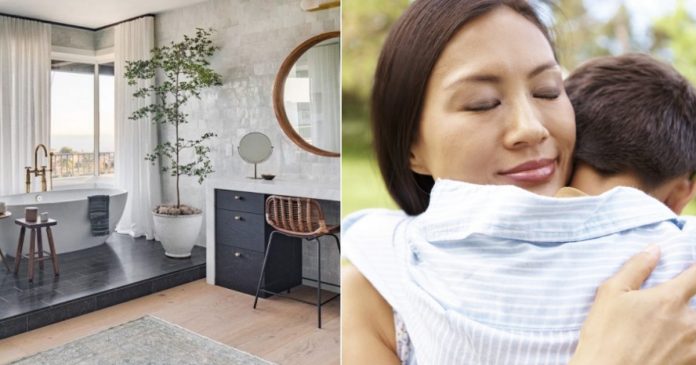 A kind-hearted business tycoon invited his maid and her 4-year-old son to a banquet dinner to be held in his home. The single mother, feeling that she was not fit to mingle with the rich and citizens with high stature, offered to work at the banquet, instead. However, an unexpected incident occurred to her little boy which changed his life forever.

A young single mother worked for a wealthy business tycoon in his home from early morning until late at night. This situation made her worry since she is unable to get home immediately to her son and look after him. This did not go unnoticed by the tycoon, so he prepared a room in his mansion for the mother and her son.

“You may stay in this house along with your son.”

However, the kind gesture was respectfully declined by the young mother.

“No, but thank you, Sir. My son and I will be okay. I’m afraid I may be a liability to you and your family. We don’t want to cause any inconvenience in your home.” she said to him.

The tycoon understood and never brought up the issue again. He respected her decision.

The maid was hiding the truth that she felt very uneasy to live in a mansion with her son. She was afraid that her son may notice the difference between their status and may develop low-esteem upon realizing that mingling with this high-profile family may make a large difference.

The tycoon’s mansion had many bedrooms, and each was equipped with its own bathrooms. The maid realized that 1 bathroom is larger than her entire house!

One day, the business tycoon decided to have a dinner banquet at his home and invited hundreds of guests to the event. He also invited the maid and her son but was once again rejected politely. She had an idea, though, that since the event organizer was understaffed, the young mother offered to help serve his dinner guests, instead. The tycoon agreed.

However, the young mother felt some concern that she may not be able to come home to her son until midnight, so she opened this up to her master. The kind-hearted tycoon agreed to bring her son to the dinner banquet.

The day of the event finally came, and she brought her son to the mansion.

As the guests started to arrive, the maid brought her son to a bathroom rarely used by her master and his family.

The young mother brought a plate of sausage rolls she bought on her way home to pick up her son.

As they entered the luxurious bathroom, her son was amazed by how big and beautiful it was. The marble tiles were shiny, the sink was very clean, and the large bathtub caught his eyes. It was his first time entering a large bathroom and felt very excited.

Turning to her son, she said, “Most of the people outside are adults and you are still very young. Do not worry, they let you stay here for now because you are a special guest. Here are some of your favorite sausage rolls and you may eat them when you get hungry. Mommy will have to work now, okay.”

Upon saying this, she went off to do her duties while her son stayed alone in the bathroom.

It did not bother him to be alone since he knows that his mother was at work just outside the bathroom. He sat on the marble floor and ate some sausage rolls while singing his favorite songs.

Meanwhile, the tycoon suddenly noticed that the child was not with his mother while she was doing her duties. He asked the maid where her son was at the moment. Surprised, she answered, “Uhm… I have been so busy I was not able to notice him wander off. He is probably playing in the garden.”

The tycoon nodded and went to the garden to check on the little boy. He was nowhere to be found so he searched everywhere around the house thinking the boy may be afraid of being around strangers and unable to see his mom. He then chanced upon a bathroom where he heard a little boy singing. He found the maid’s son inside when he opened the door.

He was shocked to see the little boy alone in the bathroom eating and singing. He then asked the boy, “Why are you eating alone in here, little man? Are you lost?”

The boy then replied, “My mother said this room is a special room for me. The owner of this home prepared it for me. I am eating these sausage rolls that my mother gave to me before she went to work and they are so good but I can’t finish them all. Who are you, sir? Do you want some? You can sit here with me while I try to finish eating these rolls.”

The tycoon smiled at his words. He then sat on the marble floor next to the little boy. While watching him eat, the tycoon remembered his childhood when he was still living a tough life with his parents in New York. At that time, his parents did not have much and lived a poor life.

Moments later, he returned to his guests at the banquet and apologized since he could not entertain them in the meantime. He had a special guest who required some of his attention.

Soon, he brought two plates full of delicious food from the banquet and went back to the bathroom where the boy stayed.

He sat beside the boy inside the bathroom and told him, “Now you don’t have to be alone in this room. Let me stay here with you and we can eat all this delicious food together!”

The tycoon and the little boy ate and sang songs while sitting on the marble floor of the bathroom. They had a long chat about all sorts of things and the tycoon mentioned how amazing a person the little boy’s mother was, and great, too.

“Always be good to your mother, little man. Always love and respect her, and be a good person when you grow up,” the man said to the little boy. Understanding his advice, he nodded and promised. The little boy did not realize that his mother was a maid in this house since he was still too young to understand his mother’s job.

Since the business tycoon was absent from the dinner banquet for quite some time, his guests started to go around the house and look for him. They were all surprised to see him in a bathroom, enjoying his time singing with the little boy. Soon enough, the bathroom was filled with his guests. They then joined in the singing.

As the tycoon and his guests were enjoying themselves and made him feel welcome, the little boy then realized that his mother is indeed a respectable person like the man said, and he felt like the luckiest child in the world.

Years later, the little boy grew up and became a successful businessman. He owned a multi-millionaire business empire and built a home with a bathroom very similar to the one he stayed in at the tycoon’s mansion.

He was a generous person who frequently donated to various charities, though anonymously. He was not fond of public exposure, and would never brag about his charitable activities. Many of his associated did not understand his anonymity, so he then explained, “I would never forget that years ago, a tycoon and his high-statured guests put aside their high profile to enjoy an evening with a naive 4-year-old me who came from a poor family so that I would not feel different from them.”

It seems he never forgot the humble act the tycoon showed him at the dinner party. What seemed to be a small gesture from a rich businessman made a large impact on the little boy who has never forgotten the incident since.

The incident that night changed his perception about powerful status in society, and that wealth can be used to benefit charities and help people with low status.