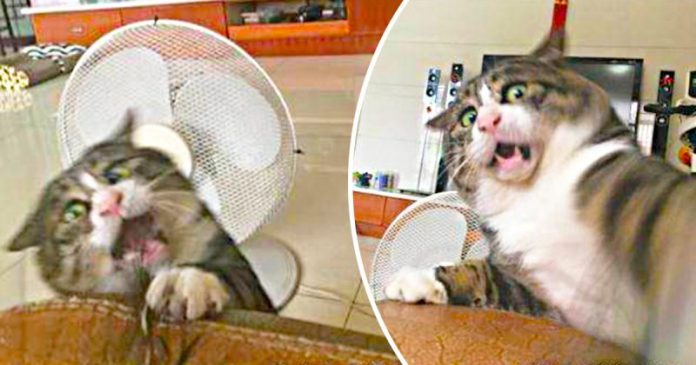 Cats often express their emotions at random and rarely do their moods remain the same throughout the day unless they are unwell. They can change from neutral behavior to a rather extreme expression in the blink of an eye, much like this cat.

The owner of the cat was initially watching television while being accompanied by his beloved cat on his side.

At that moment, the cat’s funny expression was successfully recorded when the cat suddenly slid down from the armrest of the sofa.

Here are some shots of his funny expression caught on camera. 😂

The cat looked surprised as it fell.

Yet the cute cat was still trying to refrain from falling and trying to climb up.

His master didn’t help at all because it was funny to see his cat’s expression while falling. In fact, he managed to take funny photos of his cat during the fall.

Unexpectedly, cats also know how to do sudden facial expressions in desperate times, right? Just like this one.

Cats may act like royalty at times, though little do they know that they may be funny to humans with their sudden antics.