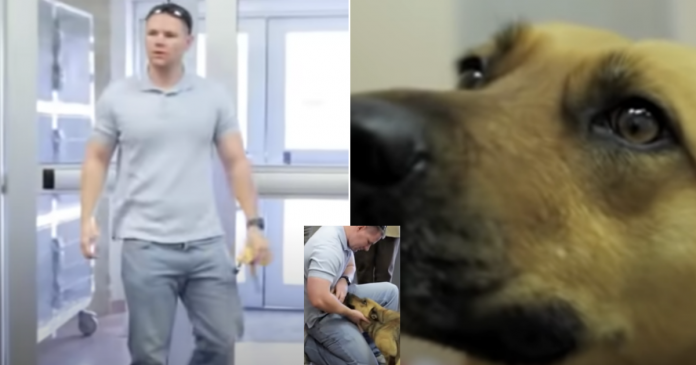 For a pet owner, the loss of a dog leaves them empty and brokenhearted. A similar feeling goes to people who don’t have pets but are animal lovers, as well.

A dog named Dora, from Frisco, Texas, was frightened by the sound of fireworks. She panicked and ran, but could not find her way back home.

Fortunately, she was brought to the shelter, and the staff immediately contacted her family. After seven months, Dora was found by her owner, and was brought back home.

Dora’s owner quickly rushed to the shelter after hearing the news. As he entered the door, he looked around, hoping to see a familiar face. For the past seven months, he has been looking for Dora in different shelters across the city, but to no avail. After several months, the shelter that held Dora gave him a call, and much to his surprise, he will finally be reunited with his beloved dog.

After the paperwork was signed and authenticated, Dora was immediately brought to her owner. Dora hesitated to approach her owner at first, with its tail between her legs, she slowly went to him. Her owner sat down and hugged her, and stroked her chin. Just like a child feeling guilty for a bad thing it has done, Dora hesitantly approaches her owner, with her head bowed down, feeling sorry for running away.

Dora finally hugged him back, resting her paw on his lap. With tears filling her eyes, she was very happy to be back in her owner’s arms: “How did you find me? I miss you so much.”

Insecurity filled Dora’s heart while she was away from her owner for 7 months. When she finally arrived at her owner’s house, Dora wandered around and was in a very good mood to be back home.

This poor turtle got stuck in the mouth of a catfish—the...