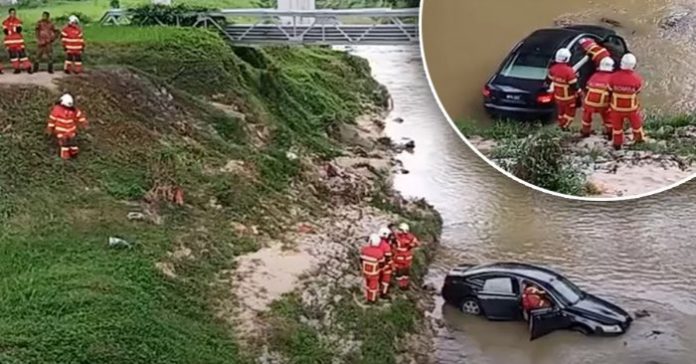 Getting your sleep is definitely important, but this one man from Negeri Sembilan, Malaysia takes it up on a whole different level you’ll never imagine.

In the early morning of September 14, an Audi driver was heading back home at 5 AM when he suddenly dozed off behind the wheel. As he fell asleep, his Audi got into a nearby river.

The accident definitely shocked him as he later woke up – but peculiarly didn’t go to make the police report at the nearby police station right away. Instead, the man reportedly returned home to resume his sleep.

Later at 7:50 AM, employees at the nearby restaurant noticed the accident that happened after they were informed by a customer and naturally contacted the Fire and Rescue Department immediately.

When the firefighters arrived at the scene, the Audi driver obviously couldn’t be found in the car. After receiving information of where the driver resides, they went to his house and managed to find him, indeed resting in his home.

According to the driver, he was just very sleepy at that time and just wanted to resume his sleep more than anything while planning to report the incident to the authorities as soon as he wakes up.

Fortunately, he driver was safe and did not suffer any injuries.

You can watch the video of the incident here:

A Woman Gives Birth to a Daughter Though She Feels that...