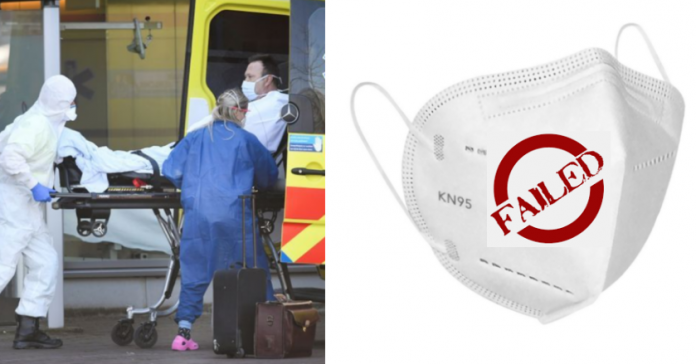 Over 600,000 faulty KN95 masks imported from China have been recalled by the Dutch officials recently.

The apparently first grade medical masks were brought into the Netherlands from China on March 21, after which they were distributed to hospitals nationwide to aid the coronavirus outbreak.

“Due to shortages, we have found ourselves in a situation where the only protective equipment available does not meet the highest standards. This is an issue in all countries,” read the Dutch Ministry of Health’s official statement.

The masks that were claimed to fall short on quality standards were part of a shipment of some 1.3 million masks and the rest have ceased distribution effective immediately.

According to Dutch broadcaster NOS, the masks, known as FFP2 locally came with more than one issue. Not only did they not fit on the faces as they should, some of the filters were found to be defective as well.

“When they were delivered to our hospital, I immediately rejected those masks… If those masks do not close properly, the virus particles can simply pass. We do not use them. That is unsafe for our people,” a hospital staff expressed his concern.

Apparently, this is not the first time a Chinese medical product has been withdrawn from its usage in European countries.

Just the week before, COVID-19 rapid testing kits manufactured by a Chinese company were reported to be inconsistent with providing accurate results.

Experts at the Spanish Society of Infectious Diseases and Clinical Microbiology conducted studies on the efficiency of the test and found that the test kits were only 30%  sensitive, revealing that they only provided information accordingly 30% of the time.

It was quite contradictory to the 80% efficiency claimed by the Chinese company.

The study was vouched for by Czech Republic shortly after when they too experienced a similar issue.

Man rescues an unknown dying animal and later found out the...