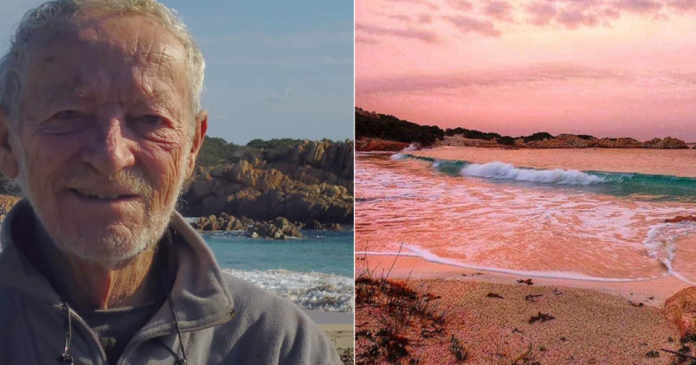 While the rest of the world is being forced to isolate themselves at home, Mauro Morandi has mastered the art of solitude by being the only inhabitant on an extremely isolated island somewhere on the Mediterranean Sea.

The 81-year-old ended up on the shores of Budelli, in the region of Sardinia by accident when he was on a sailing journey from Polynesia to Italy some 30 years ago.

Most of us are on the verge of losing our mind after spending just one week at home with nothing much to do. To come to think that a man survived, and is still surviving on his own in an otherwise uninhabited island is just beyond imagination.

According to CNN, Morandi instantly fell in love with the pollution-free surrounding – clear waters, vibrant skies, crisp air and just the fact that the was no human interaction to disrupt the peace and calm the place provided.

Morandi was previously a teacher, and shortly after the caretaker of the island passed, he took charge and is touted as Italy’s own Robinson Crusoe.

The island is part of a larger national park cluster, hence there’s little to no chance for any sort of pollution or urbanization to take place.

When asked about his two cents on COVID-19 over a mobile phone interview, his response was strangely calm.

“I am fine, I’m not scared. I feel safe here. This island offers total protection. No risks at all. Nobody lands, not even a single boat can be seen sailing by,” he prided.

Though he is concerned about his family who lives in Modena, northern Italy. The country is devastated with death tolls rising in thousands in a day. He is aware that they are going through a really difficult time.

Morandi says that besides the longer delivery time his meals take to arrive, nothing much is different. He used to guide tourists on a day trip around the island, but since the lockdown, he is back to enjoying his own company in the ‘safest place on Earth’.

He also shared that he spends most of his time taking pictures of the sceneries around him and uploading them on his Instagram account, which he claims has a large number of followers. He also reads extensively and indulges in preparing his meals.

He was asked to share some tips for the people around the world who are having a hard time cooped up at home.

“I spend each winter shut in my house, for months on end I hardly wander across the island, but instead I kill time on the front porch under the canopy. So what the heck, people can’t stay at home for two weeks? That’s absurd.”

He added that people shouldn’t be complaining, but instead take this opportunity to do some soul searching and improve themselves to be better humans.