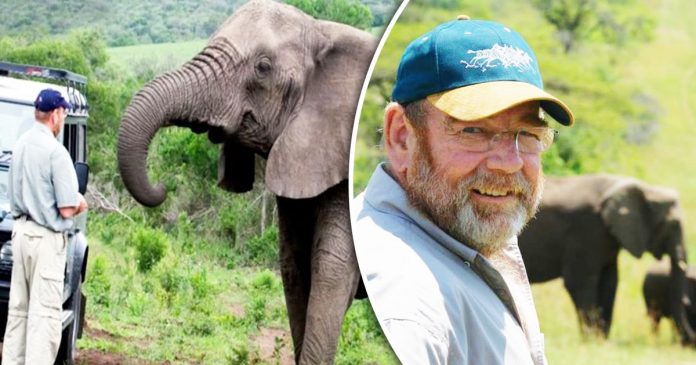 Author and conservationist, Lawrence Anthony who was also known as “The Elephant Whisperer” passed away in 2012. Despite not being alerted about his death, a group of wild elephants that Lawrence rescued travelled to his house and held a vigil to mourn his passing.

According to Lawrence’s son, Dylan, the elephants visited their house Thula Thula game reserve in the South African KwaZulu shortly after his death.

“They had not visited the house for a year and a half and it must have taken them about 12 hours to make the journey,” Dylan said to a local media.

“The first herd arrived on Sunday and the second herd, a day later. They all hung around for about two days before making their way back into the bush.”

The formerly violent elephants were initially destined to be shot as pests. Fortunately, Lawrence managed to rescue them in time.

All of the elephants were later rehabilitated.

It is a well-known fact that animals grieve the loss of their family and friends.

However, the story of the wild elephants that Lawrence rescued mourned his death is heartwarming proof that animals like elephants remember their saviour and mourn when they pass away.

While it is hard to explain how the elephants knew Lawrence’s passing, we are sure that they are still thankful of everything that Lawrence did for them.