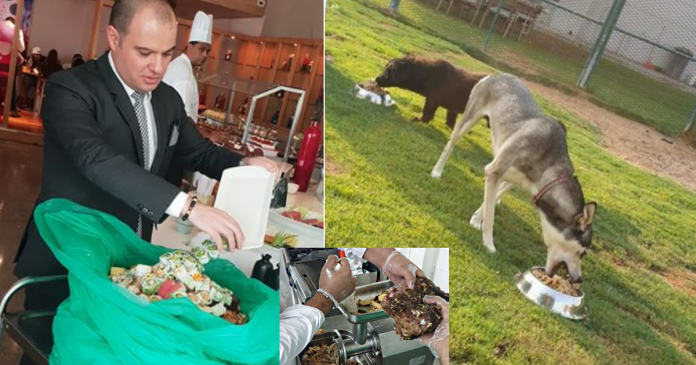 Food wastage has become a global issue worldwide. From dumping leftovers to literally throwing away excess good, edible food due to ignorance has lead to a staggering 2.1 billion tonne food wasted each year, according to a report by Boston Consulting Group.

As minor as it may sound, food wastage leads to more serious problems than it appears. If not managed well, it can lead to massive food poisoning and even cause pollution.

The primary contributors to this issue are hotels, restaurants and supermarkets where food is produced in mass amounts. The food produced everyday, when cannot be finished off within the day, had to be thrown away as they have very short shelf-life.

Addressing the issue, many establishments have conjured efforts to reduce food wastage by just making one small change at a time.

Inspired by these various initiatives, Chef J Gourmet is re-purposing his hotel leftover foods for a good cause. He works as the head chef in a five star hotel in Abu Dhabi, the Hotel Fairmont.

Doggy Bag Initiative is a program where the leftovers are collected everyday and fed to strays before they’re brought to the animal shelter, all under his supervision.

With the generous assistance from his team of staffs at the hotel, they gather up edible food such as meat, bread and vegetables and turn them into dog food by churning them in the grinder.

They are also very meticulous in the process. Only food that are considered appropriate for the consumption of canines are collected. Cheese, sauce, desserts and spice-laden food are strictly prohibited.

These selected food are then processed and delivered personally to Could 9 Pet Hotel and Care, an animal shelter that houses strays.

From the pictures posted on Chef J Gourmet’s Facebook, it is evident that these animals absolutely love their specialized food and look forward to it everyday.

The chef hopes that through his program, more hotels and restaurants are encouraged to turn their leftovers into food for the strays rather than wasting it unethically.

Following his footsteps, Hotel Al Wahda Grand Millenium and Hotel Crowne Plaza has stepped up their food management game by doing the same. Looking at it, we are hopeful that more and more establishments will contribute to avert the issue of food wastage in similar manner.