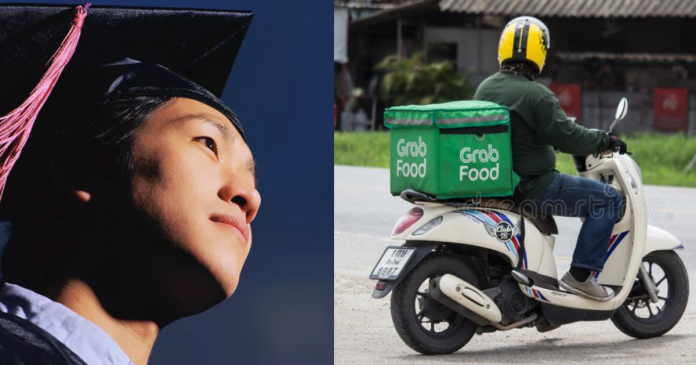 The idea of “Study hard, Get a good job” may be applicable back in the 70s and 80s but sadly, college graduates now have a tougher time to secure a job in their fields. A Malaysian graduate shared how it has been difficult for him to get a job despite spending 8 years to get a Ph.D.

In an anonymous confession written by the man on IIUM Confessions, he shared his experience of having to deal with Post-PhD depression as he remains underemployed and working odd jobs to make ends meet after he graduated.

According to him, he was always told that he was overqualified for the job position due to his PhD

“I completed my Ph.D. back in 2017, and my research niche is Bioprocess. Truthfully, I’ve been looking for a diploma to Ph.D. level job for 2 years now, but still, I failed at getting any,” he wrote in his confession.

“The reason as to why these companies rejected me, is that I’m too overqualified for the job,” he continued.

He had tried removing his Ph.D. and Masters degree from his resume but that did not work when he had to explain why there was an 8-year void with no working experience.

“They would ask me why there was an 8-year void with no working experience on my resume. At that point, I’d tell them about my Masters and Ph.D., to which they’d reject me for the same reason,” he wrote.

It has been 2 years since he graduated with a Ph.D. but the long pursuit of a job has not been fruitful. Having bills and loans to pay, the man was forced to take up a job as a GrabFood delivery rider to earn a living.

“I’m a man, almost 32-years-old, with no stable job or stable income. I feel bad for my parents.”

However, he clarified that he was not dissatisfied with his current job. Instead, he explained that he wanted a job that could enable him to support his parents and younger siblings.

Unfortunately, he is only able to support his own livelihood at the moment

“As I tread into my 32nd year of age, I should be financially able to help them, especially with their daily expenses so that they wouldn’t have to calculative,” he wrote.

“I also have 3 siblings who are still studying and have to bear their own finances. Me? I’m only able to handle my own livelihood. I’m sorry mum and dad, and my siblings,”

As it has been tough to get a job that matches his qualification, he wrote that there were days when he regretted having spent 8 years to study when most of his peers already had stable lives.

His resentment even turned him into a cynical when he saw comments on the internet such as ‘continuing my studies because I like studying’ and ‘doing my Ph.D. because I love education’.

“I was like that too, I loved to study. Because of that, I pursued my studies up until my Ph.D. But look at me now, where did that interest bring me? It’s not worth it to directly pursue post-graduate degrees just because you enjoy studying and love education,” he added.

He said that all of the sacrifices he made in the past 8 years was not worth it considering the debt he had racked up and his current employment situation.

He further wrote that his pessimism and post-Ph.D. depression were caused by his underemployment.

At the end of his confession, he shared that acquiring knowledge does not necessarily happen only at the university

“Knowledge can also be found in factories, offices and even on the streets. Remember, when you work, the people around you will benefit from your hard work.”

“Don’t worry about me. I will survive and will keep on hustling for my loved one.”

He then ended the confession and signed off with, ‘GrabFood Ph.D. Holder’.

It is heartbreaking to see more and more graduates struggle to secure a job that matches their qualifications nowadays. Nevertheless, his perseverance and optimism that his time will come one day should be praised.

Hopefully, all of the time he has spent to make his family’s life better will be rewarded soon.

The Family Cat Protects the Child! Seeing the Toddler Wanting to...