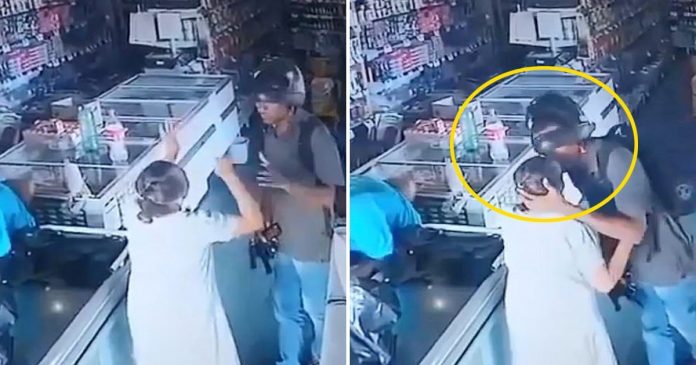 In a bizarre robbery that occurred in Brazil, a robber was captured through a pharmacy’s surveillance camera, refusing money from an elderly woman and even kissed her on the forehead to comfort her while his accomplice robbed the premise.

The two robbers entered a pharmacy on Tuesday afternoon, October 15, during which an employee of the pharmacy and the elderly woman were present.

According to the pharmacy owner Samuel Almeida, as reported by Brazilian media, G1, the robbers asked his employee to give them all of the money

However, instead of taking up the offer, the robber just kissed her on the forehead and said, “No, ma’am, you can be quiet, I don’t want your money.”

The two robbers then escaped with US$240 and several goods.

Military police officers later searched the area for the robbers but no suspects have been arrested so far.