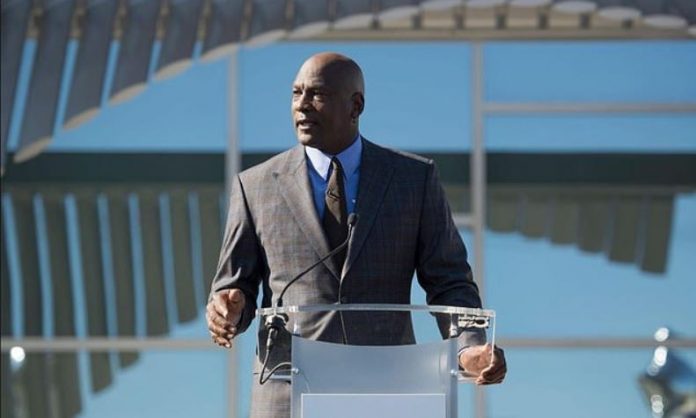 Michael Jordan is a name synonym with basketball. Fondly known as MJ, he is the quintessential star player for Chicago Bulls who had won 6 NBA championships and played multiple games in the world of basketball.

As he was giving a speech at the opening ceremony in North Carolina, he broke in tears and said that it was very emotional for him to be opening the clinic as a means of giving back to the community he grew up in.

”It’s … from the heart,” DailyMail reports him saying. Michael had already donated $7 million to fund the works of the center two years ago. His funding was put in benefit to help the financially underprivileged residents of Charlotte, North Carolina.

Michael grew up and went to school there where he first started playing basketball. The continuous support he received from his community was tremendous and pure that he knew he had to give it back to them someday when he made it big.

”I stand here before you as a proud parent, son, obviously a member of this community. You see my name, but yet you see a lot of people behind me and the commitment, especially from my mom, about caring for other people and being a part of a community that matters,” Michael’s speech included.

Operations for the center has been running for about three weeks prior to the opening ceremony with more than 300 people already tended by the staff of doctors, healthcare professionals and social workers who volunteer at the center.

Novant Health issued a press release in which it stated that additional comprehensive care will be provided which includes behavioral health and social support services for the residents. Through this effort, the issues of health equity gaps and social health determinants are expected to be addressed more directly.

The medical center caters for both insured and uninsured residents with low income to get them the medical care they need at affordable prices. This initiatives aligns in accordance to Health Needs Assessment that identify Charlotte as an area of high priority public health concerns.

The center is open from Monday to Friday from 8am to 5pm. Walk-ins and appointments of all kinds are accepted and tended to with equal priority.