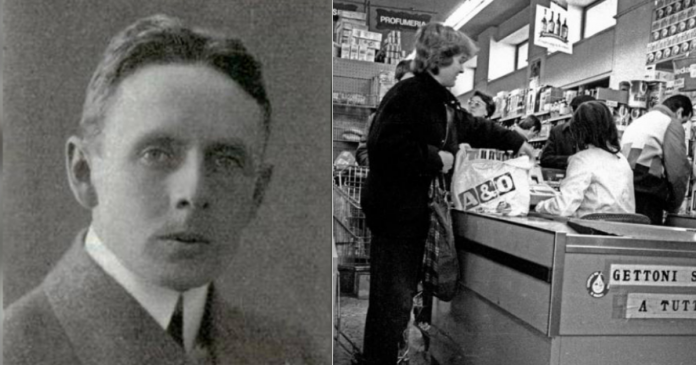 Before they became one of the world’s major environmental problems, ironically, plastic bags were originally intended to save the Earth.

Prior to 1959, plastic bags were unheard of and it was common to use paper bags. However, when paper bags earned a bad reputation due to them causing more forests being chopped down to produce them, an alternative of paper bags was urgently needed.

Theoretically, plastic bags are much stronger and durable than paper bags, making them a great alternative to paper bags since they could be used multiple times.

However, it was not until 1965 when Swedish company Celloplast obtained a U.S. patent for the invention of the “T-shirt plastic bag” that is widely used today that plastic bags gained worldwide attention, mostly in Europe continent.

In 1979, plastic bags accounted for over 80 percent of the bag market in Europe and made their way to the supermarkets in the United States thanks to aggressive marketing that they were superior to paper and reusable bags

In 1982, two of the largest supermarket chains in the United States, Safeway and Kroger, used plastic bags at all of their supermarkets

The move later influenced other companies to follow their suit and a decade later, most parts in the world had already replaced paper bags with plastic bags,

Unfortunately, what was once invented to overcome deforestation had turned into another major issue.

In 1997, sailor and researcher Charles Moore discovered the Great Pacific Garbage Patch, a large gyre of marine debris floating in the north-central of the Pacific Ocean was made up of plastic bags

As opposed to the estimate of total worldwide fish biomass in our oceans, there are only 2 billion tonnes of fishes, according to the University of British Columbia fisheries researcher, Villy Christensen.

While plastic bags have polluted our landfills and threatened marine lives nowadays, it was not what Sten Gustaf Thulin had in mind when he invented plastic bags.

According to his son, Raoul Thulin in an interview with BBC, he said that his father intended plastic bags to be reusable

“To my dad, the idea that people would simply throw these away would be bizarre,” Raoul said.

“He always carried [a plastic bag] in his pocket folded up. You know what we’re all being encouraged to do today, which is to take your bags back to the shop, he was doing back in the 70s and 80s, just naturally, because, well, why wouldn’t you?”

After Bangladesh became the first country in the world to ban single-use plastic bags in 2002, many countries followed its suit

However, does the ban on plastic bags will really solve our plastic crisis?

After all, plastic bags were created to solve the problems that their predecessor, paper bags, caused.

Other alternatives to plastic bags are also not necessarily environmental friendly like paper and cotton bags as they would incur higher production costs and need to be used at least 3 and 131 times, respectively, to be as good as recycled plastic bags.

Until the world creates effective waste management and we learn not to litter and recycle plastic bags, this vicious cycle will never come to an end.