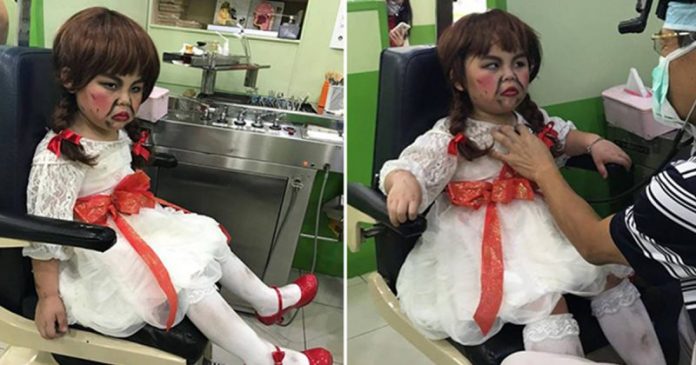 Annabelle is one of the favorite horror movies of all times. Who doesn’t feel scared when they watch the creepy looking doll chasing people around in a haunted house? No wonder, movie fans from around the world choose to dress up as the scary doll for Halloween.

This little boy is not an exception as he was dressed up by mom last year as Annabelle for Halloween.